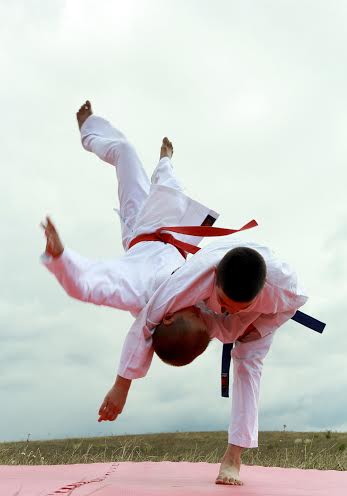 To appreciate Judo, one of Japan’s prominent ancient martial arts, one can directly observe, train, and compete with the Judokas

Many of the world’s most prominent martial arts originated in Asia, shaped by the region’s colorful history and traditional practices, and influenced by ancient legends. Each martial arts form has its own beliefs and traditions, and styles vary from region to region. Apart from developing self-defense, physical health and fitness, martial arts also helps build one’s character and self-confidence, and teaches discipline, patience and perseverance.

Throughout the year, thousands of enthusiasts flock to different local and international venues to watch competitions such as World Championships, World Cups, Grand Prix, and National Championships. But the best way to further familiarize and immerse one’s self in these martial arts disciplines is to visit their places of origin—namely, South Korea, Japan, and the Philippines.

Kick it up a notch with Taekwondo

An art of self-defense that originated in Korea, Taekwondo is one of the oldest forms of martial arts and made its Olympic debut at the 2000 Sydney Games. The word “Taekwondo” can be loosely translated to “the way of the hand and foot,” and emphasizes coordinated hand and foot movements. Taekwondo is also characterized by diverse kicking techniques—from jumping and spinning kicks, to head-height kicks—which distinguishes it from other martial arts such as Karate. It helps enhance flexibility and improve coordination, and incorporates breathing and concentration exercises that lead to sharper reflexes and senses.

Meaning “the gentle way,” Judo was developed in Japan in 1882 and is now recognized as an Olympic sport. One of its most fundamental beliefs is that maximum effect should be achieved with minimum effort. It relies on flexibility and the efficient use of balance, leverage and movement in the performance of throws and other skills, rather than brute strength. Judokas, or Judo practitioners, are trained to use the least amount of physical strength necessary to throw an opponent—using an attacker’s momentum, balance, and strength against him, while expending very little of their own.At the heart of Tokyo rests the most highly regarded Judo institute in the whole of Japan—Kodokan—established by the founder of the martial arts himself, Kano Jigoro. One can freely observe sessions in Kodokan and even absorb its rich culture and heritage through its museum as well. Aspirants from abroad are also welcome to train and every April, Kodokan co-sponsors the All Japan Judo Championships, the biggest Judo tournament in the nation.

The history and practice of Arnis or Eskrima dates back to the pre-colonial Spanish era and was originally referred to as Kali. Far from what it is known today, Kali was the traditional fighting form that made use of bladed weapons, where native Filipino warriors, indigenous tribesmen, and noblemen were its most prominent disciples. As it is the primary form of warfare, Kali was widely taught in institutions called Bothoan together with military tactics, and traditional medicine. When the colonial period began, the martial art was highly discouraged and banned as it was regarded as a distraction to more important duties of man such as livelihood and religion.

Secretly, Filipinos continued to practice the art form and eventually mixed in different fighting styles and weapons. The use of lightweight sticks became apparent as it was considered very versatile and handy but can still cause the same effect with its blade counterpart. In the late 1800s, the fighting system was renamed to what it is called now, Arnis, in honor of the cultural tradition it was associated with during the years of its depravation. In 2009, Republic Act No. 9850 declared Arnis as the national martial art and sport of the Philippines.

To satisfy their curiosity and interest about Arnis, martial arts pilgrims can visit the different chapters of Modern Arnis Mano-Mano Filipino Martial Arts throughout Metro Manila. But for a more detached and seemingly solitary experience and appreciation, one can head to the Cebu Aikido-Arnis Center in Cebu Cityand the Mandirigmang Kaliradman in Davao City. Get to know the history and philosophy of Asia’s martial arts with Cebu Pacific. For more information and to book flights, visit www.cebupacificair.com. ADVT.