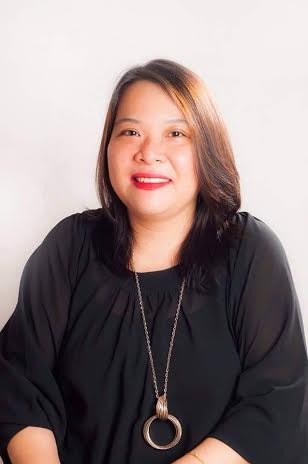 Layeta Bucoy: “Writing is my way of understanding life, the highest level of contemplation or concentration I can ever achieve.” PHOTO FROM LAYETA BUCOY’S FB PAGE

Layeta Bucoy was a first-place winner in this year’s Don Carlos Palanca Memorial Awards for Literature’s English One-Act Play category. Her play “The Adopted Healthy Baby” is about a college teacher’s fears about the new K-12 curriculum.

This is her fifth win. She previously won for “Ellas Inocentes,” 2007; “Doc Resurreccion: Gagamutin ang Bayan,” 2009; and “El Galeon de Simeon,” 2011; all in the Filipino One-Act Play category. Her very first win was in the Filipino Teleplay category in 1998 for “Ang Repleksyon ni Ms. Trajano.”

After having read Euripedes’ “Medea” and Henrik Ibsen’s “Ghosts” in college, Bucoy was inspired to write something similar, but was leaning towards teleplays and screenplays.

Then she had a class under playwright Nick Pichay. “His dedication, brilliance, selflessness and imagination as a playwright inspired me to take writing for the stage seriously,” says Bucoy.

She then joined the playwrights group Writer’s Bloc, where, as she puts it, she gets “fortified with inspiration from other playwrights who share not just their playwriting techniques and devices, but also their insights, values and philosophies in life.”

Among her Palanca wins, both “Ellas” And “Doc Resurreccion” have been staged at the Virgin Labfest, which is produced by Writers Bloc.

Those plays, along with her other early works that dealt with taboo subjects such as sexual abuse, incest, filicide and gory murders, put her in the radar of theater audiences.

“If I appear to write about the same things at any given period of time, it’s not deliberate on my part. An act of kindness or an act of gore may equally linger in my mind at any given time. I may have been repeating myself in terms of my writing style, and I attribute that to my weakness as a writer,” she notes.

Lately, pushing across the spectrum, Bucoy’s works have been mostly children’s musicals. She points out, “They’re all facets of humanity. Writing is my way of understanding life, the highest level of contemplation or concentration I can ever achieve.”

“I’ll never be successful in comprehending everything there is to life, but being unsuccessful is what bridges my writing range from the gory to the hopeful. Because what’s there left for me to do after each failure but to lodge another attempt?”

And what a range. Her theater fans may not know that during the time she was writing those “taboo” plays, Bucoy was also writing chick-lit novelettes and inspirational essays for Psicom Publishing.

“I don’t limit myself to one type of content,” she says, laughing.

She has since created new works or adaptations for Tanghalang Pilipino (“Walang Kukurap,” “Kleptomaniacs”), Dulaang Unibersidad ng Pilipinas (an adaptation of “Titus Andronicus”) and Philippine Educational Theater Association (“Bona,” an adaptation of the film).

Her recent credits include “Uod, Butete, at si Myrna,” staged at this year’s Virgin Labfest; “Melanie,” an educational HIV/AIDS awareness play, and “Prinsipe Munti,” an adaptation of “The Little Prince,” both for TP.

“Prinsipe Munti” premiered last year and will be restaged this December.

Bucoy says that it’s her curiosity as to how a story or play may possibly develop that keeps her in the writing game.

“What will happen to the characters? What did they do in the past that led them to this current dramatic situation? What decisions will they make? What aspects of     human nature do they exhibit?”

What propels her to write, she says, are things that “I don’t easily comprehend or something that’s being hushed. Asking myself these questions deprives me of sleep! My imagination pays me unannounced and lingering visits,” she says, laughing.

Bucoy’s routine is to use pen and paper to organize a concept, then a typewriter to create the story, then a computer to write as many drafts as it takes until “I can type  ‘WAKAS’ with conviction.”

But then it doesn’t end there quite yet. “I repeat the process if I’m besieged by doubt or after I consider the reactions, comments and suggestions of people who read the draft.”

“I still have so much more to learn,” she adds. “And I know that this one lifetime is not enough.”

Meanwhile, when she can find breaks from playwriting and teaching at the Univesity of the Philippines-Los Baños, she rewatches her favorite “Star Trek” episodes or searches for “I Love Lucy” merchandise.

“My brother and I are ‘Star Trek’ fans, particularly of ‘The Next Generation’ and ‘Voyager’ series. I’ve been watching ‘I Love Lucy’ since I was a child; I found it funny then and I find it even funnier now. I also watch its one-hour episodes and even  ‘Here’s Lucy.’”

“Whenever I see ‘I Love Lucy’ merchandise, if I can afford it, I immediately buy it,” she says, laughing. “If friends and relatives ask me what I want as a gift, I’d say anything that has got to do with ’I Love Lucy.’”

To inquire about permissions and royalty fees for staging her plays, e-mail Layeta Bucoy at [email protected]