Why SM Seaside City is a mall like no other | Lifestyle.INQ ❮ ❯ 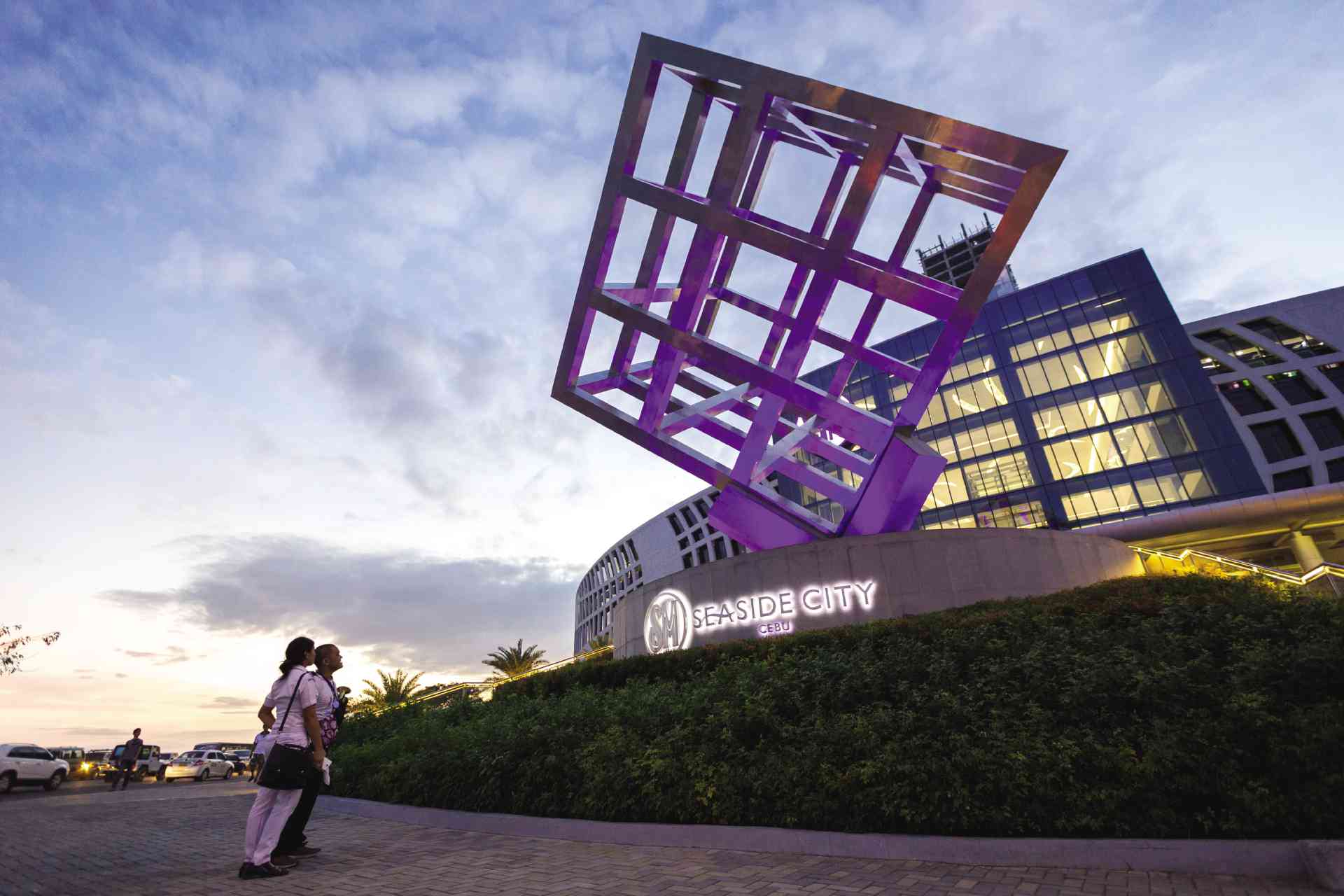 Why SM Seaside City is a mall like no other

THE SM Seaside City that opened in Cebu last Thursday is a mall like no other, so it is understandable if the Cebuanos, as well as the retailers and suppliers who flew from Manila, celebrated its opening like a landmark event.

No, SM Seaside City is not the biggest mall in the country. The Mall of Asia (MOA) still holds that distinction.

But this 470,490 sqm mall on the waterfront of the new South Road Properties development (the reclaimed area) in Cebu has an enviable location. It’s bounded by the sea, the mountain, and way beyond it is the urban sprawl.

MOA has the iconic globe. SM Seaside City has its own visual icon—the Cube, a 21 meter -by-21 meter steel sculpture meant to be a symbol of strength and stability.

In feng shui, the circle—the Globe, in the case of MOA—is the sign of luck and prosperity.

At the opening last Wednesday, we asked Hans Sy, president of SM Prime Holdings and the son of SM founder Henry Sy, if he wasn’t concerned that a cube     might not be good feng shui.

He said, “When it comes to feng shui, I learned from my father—that it’s not really the feng shui. In the end, it’s what you have to offer that matters.”

Then he recalled how, as his father was about to build SM North Edsa, Henry Sy was being discouraged by feng shui believers because the mall location was a no-no in feng shui: the roads directly hit it, or what is known as “tumbok.”

SM North Edsa became one of the most successful SM malls.

Designed to be a major tourist destination in Cebu, SM Seaside City is a mall of many firsts:

* The first Kenneth Cobonpue-designed children’s playground in the world

* The first Sky Garden with four performance venues/amphitheaters that offer a sweeping view of the sea, the mountains and     the city

* High-quality transport service consisting of 77 buses that will service routes between the south and the north, including an express service to and from the airport.

The wholistic lifestyle planning behind the SM Seaside City is quite apparent.

It is meant to be   an anchor of a future “lifestyle city” in Cebu— a total entertainment experience for shoppers.

* The SM Store’s second largest collection of footwear in any SM Store, next to the SM Store in Makati

* Cebu’s home brand Penshoppe has its largest outlet in the country, built at the       highest cost. A giant video wall welcomes the shoppers.

At the opening, Ricky Dee, the restaurateur behind the popular Tim Ho Wan, told us that the Tim Ho Wan at SM Seaside City will be the biggest in the Philippines.

SM Seaside City is one of the first developments in the 30-hectare property of SM Prime Holdings at the SRP.

It was designed by a Miami, Florida-based architecture and interior design firm, Arquitectonica.

At the opening, David Zaballero, director and design manager of Arquitectonica, described how the design has been inspired by setting—the sea and the mountain.

The curves and circles, the prevalent shapes in the entire structure, are inspired by the waves.

The mall is round—the first round mall of its size in the country.

“You walk the entire mall and not get bored. You don’t notice the big space you’re covering,” said Zaballero.

This concentric layout allows for multiple anchors, including a two-story SM Store, SM Hypermarket, and other top draws such as Our Home, Kultura, Watsons, Toy Kingdom.

It will have 400 food and retail shops in this five-level mall.

Over breakfast, the morning after the formal opening, SM Investments vice chair and BDO chair, Tessie Sy-Coson couldn’t but recall the ’80s and the ’90s when her family was building the early malls, how it wasn’t easy trying to convince the tenants to open shop, how they wouldn’t even return calls.

When the family opened SM City in Cebu, people weren’t optimistic about its location, being far from the downtown area. Why would people go all the way to the port area, they asked.

And they continue to come, like in the field of dreams.