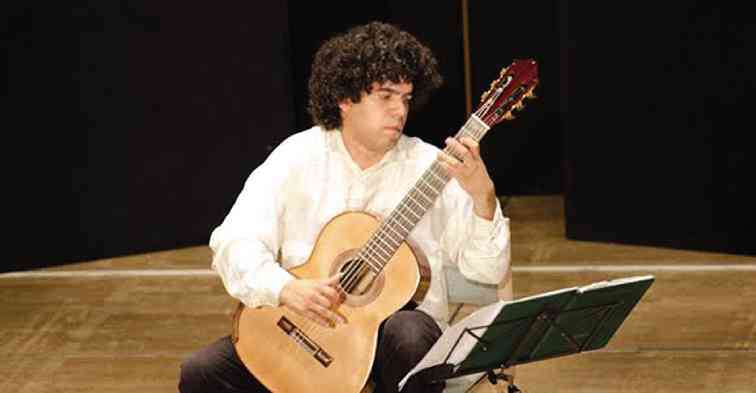 THERE was a big turnout for French classical guitarist Judicael Perroy at the Abelardo Hall of the University of the Philippines, Nov. 12.

Using a seldom-heard Greg Smallman guitar that costs $25,000, Perroy had the sizable audience in the palm of his hand when he opened with Bach’s Suite in G Minor BWV 997.

Used to the sound of Bach suite on a cello, this guitar equivalent seemed to have a sound quality all its own, and it was unusual that one took to the sound as though one was listening to the Bach suite for the first time.

It must be noted that the cello version had notes that were too low for guitar, and thus interpreters had to put them an octave higher to follow its original key.

The suite for guitar in fact did sound like one had totally left the Rostropovich version to hear how it should sound with (Andres) Segovia.

What came out from Perroy’s Greg Smallman guitar was a solid sound that offered a lot for Bach followers.

One appreciated its smooth mellow qualities minus the percussive element of the piano version. One reckoned that Bach on guitar offered more elements of passion and romance than the cello.

Perroy easily connected with the crowd.

After the opening number, he explained with humor the finer points of his repertoire.

At one point, he opined that Takemitzu’s “Equinox” was probably based on a Matisse painting, but he admitted he just could not see the connection, which caused the audience to chuckle.

As it turned out, his four-part Bach suite was seamless, a gem of an interpretation. It left one craving for more.

Takemitzu’s “Equinox” was like a minimalist painting done with few bare strokes but leaving a grand impression.

Ending with Albeniz’s “Sevilla et Cataluna,” Perroy entranced the full-house crowd. Due to the prolonged applause, he obliged with an encore, Leopoldo Silos’ “Dahil Sa Isang Bulaklak,” which again sounded like a new piece even with its familiar melodic lines.

Winner of the 15th Guitar Foundation of America International Competition, Perroy rallied many guitar enthusiasts. He played without the flamboyance associated with prize-winners.

Santos’ rendition of Val Venezolano Nos. 2 and 3 by Antonio Lauro was beautifully nuanced. His playing was sensitive.

On the whole, it was a memorable night: Classical guitar reigned supreme.

The event was presented by Independent Philippine Art Ventures Inc. and cosponsored by Total Philippines and Philippine Veterans Bank.

The next classical-guitar happening is on Dec. 10 at the Ayala Museum. It will feature the UP Guitar Orchestra under Lester Demetillo.