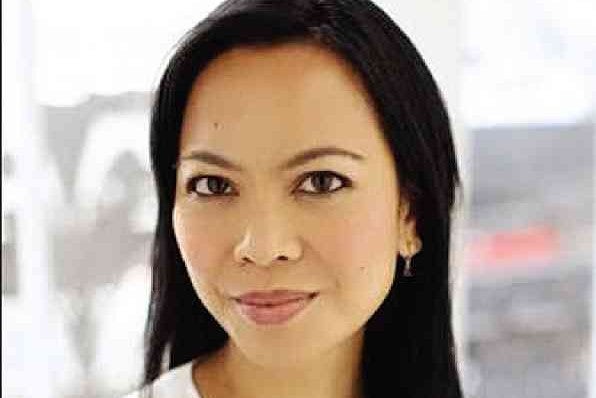 IN THE PHILIPPINES on a promotional tour, she is the New York-based Filipino-American author of “In The Country: Stories” from Alfred A. Knopf:

“One book that I’m reading in galley form now is called ‘High Dive’ from my friend Jonathan Lee. He’s a UK writer, and it’s his third novel. I’m loving it. It’s a story about a historical event in the 1980s in Brighton, England, a terrorist attack on the Conservative Party being led by Margaret Thatcher at the time in a hotel there. It’s a really excellent story with really inventive prose, which is hard to do at the same time. I’m also enjoying it because there’s something really meta about reading it. I was reading it by a hotel pool in the Philippines as the Apec was happening with all the security that was going on. It was purely coincidental that I was reading this book set in a hotel during this meeting of leaders.

“Then there’s a short-story collection that’s also not out yet. It’ll be out from Graywolf Press in the States. It’s called ‘Cities I’ve Never Lived In.’ The writer is called Sarah Majka. It’s just a beautiful collection. There’s like a recurring narrator. The stories are set in Maine, but not any sort of Maine you’d recognize. They’re set in bars and thrift stores. They’re about this woman who left a love affair or a marriage and is piecing her life back together, but it’s really the prose that’s exciting. It’s very atmospheric and poetic.

“‘Dragonfish’ is a novel by a Vietnamese-American writer named Vu Tran who I’m going to be in conversation with right when I get back from the Philippines at the Asian-American Writers Workshop in New York. This book is just amazing because it’s one of these crossover literary novels that’s also a thriller. It’s a literary page-turner, so it’s the best of both worlds. It’s about a man searching for his Vietnamese wife and piecing together bits about her past that he didn’t know. I’m really enjoying it, and I’m almost at the end.