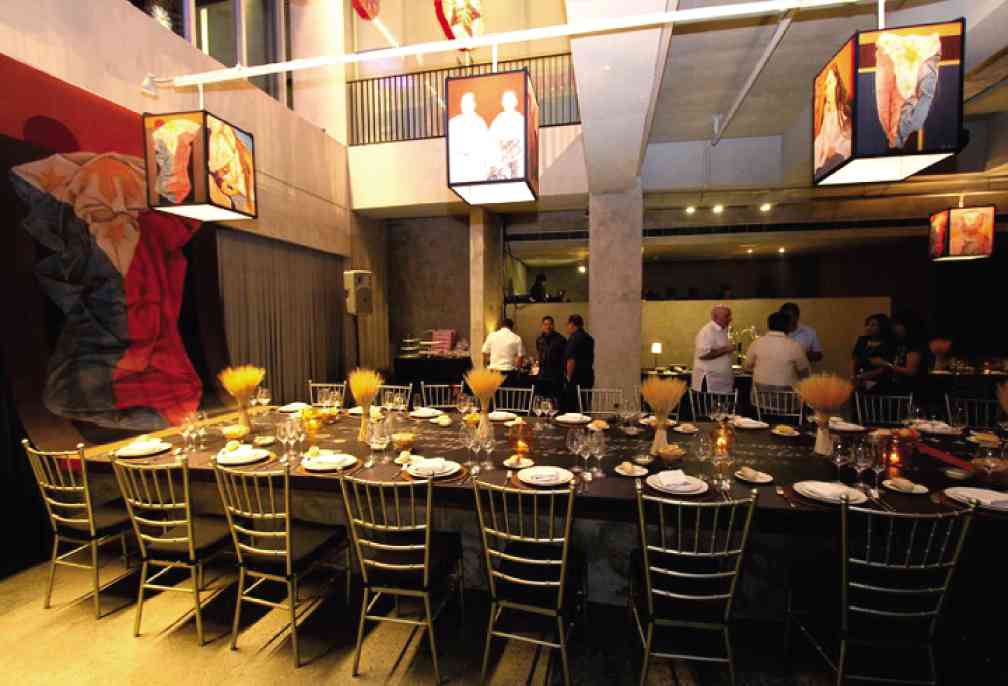 How does one top the Swatch Fiesta that saw a typical downtown (as in Bambang and Quiapo) neighborhood recreated, down to the sari-sari store and carinderia food right in the modern industrial space of Swatch & Swatch Center on Arnaiz Avenue, Makati City?

This was the question on the minds of Swatch Philippines head Virgie Ramos and her creative team led by Rowell Santiago and Gino Gonzales, as they prepared for the launch of BenCab’s Swatch, the “Ode to the Flag.”

Scenographer Gonzales had a hurried answer—there weren’t weeks to prepare: If Swatch Fiesta was maximalist, with each square foot of space filled with storytelling detail, “Ode to the Flag” would be minimalist—and elegant.

But—it would be just as rich with graphic details.

As fitting tribute to National Artist Benedicto “BenCab” Cabrera, the Swatch’s featured artist, Gonzales used BenCab’s iconic images from his “Larawan” and “Ode to the Flag” series when he turned the Swatch Center into an intimate dining space.

“I simply had in mind this long banquet table like they used to have in the old days, where people would come together to share a meal and honor BenCab’s artistry and our country,” said Gonzales.

Instead of using one long banquet table, Gonzales used several shorter ones to maximize space. He used BenCab’s images on decorative lanterns.

The dinner tables were flanked by two paintings of the Philippine flag. The “Panatang Makabayan” or Patriotic Oath was scrawled on the panel cascading from each flag and onto the dining table.

“In lieu of rice stalks, I used bundles of wheat, a universal symbol of sacrifice, resurrection and prosperity, as table centerpieces,” said Gonzales.