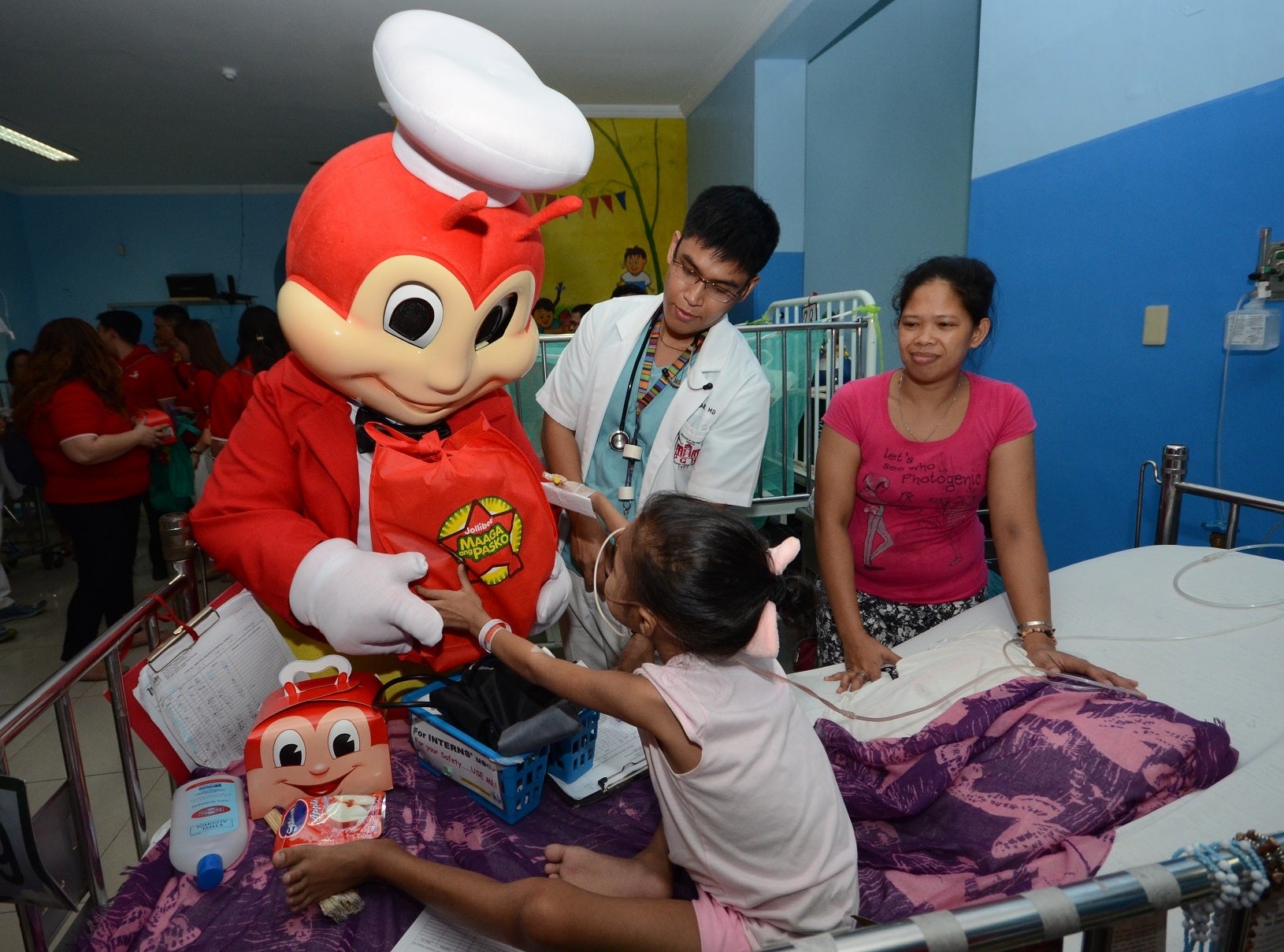 MANILA, Philippines – Christmas comes early for the pediatric patients of the Philippine General Hospital (PGH) as Jollibee’s Maaga ang Pasko caravan drops by to bring holiday cheer. Now on its 21st year, the longest-running toy and book donation drive in the country will once again spread happiness to kids in different parts of the country this Christmas season, with some 200 children in PGH as the first in line for the Maaga gift-giving caravan.

The kids received toys and books as early Christmas presents from Jollibee employees led by Jollibee Philippines President Joseph Tanbuntiong. The toys and books came from generous customers of the country’s leading fast food chain and were cleaned good as new by kind-hearted volunteers. Aside from receiving gifts, they were also treated to a special performance by Jollibee and had their fill of their favorite langhap-sarap treats.

During the short and meaningful program on November 25, Jollibee executives also officially turned over the company’s P1 million donation to the PGH Foundation to bring hope and relief to more patients. The fund will be used for the purchase of eight infusion pumps, devices that help deliver fluids such as nutrients and medication to patients, for the Pediatric Hematology and Oncology Isolation ward.

The remaining funds will be allocated to the Charity Patients Medical Fund to provide financial assistance to the sick and enable them to purchase medicine, special laboratory tests and medical supplies.

“We hope that this simple gesture of generosity, made possible by our customers, employees and our campaign partners, will help bring the spirit of Christmas to these kids. This is what Maaga ang Pasko is all about, to bring the joy of the season to more kids across the country through the magic of toys and books,” said Tanbuntiong.

The Maaga ang Pasko caravan will be making several stops nationwide to carry out its annual gift-giving activities for various children beneficiaries. Maaga ang Pasko has been touching the lives of children everywhere, making a difference to their Christmases for more than two decades now, and will continue to do so in the years to come. On its 21st year, Jollibee teamed up with Philippine Toy Library (PTL), an organization that transforms idle spaces in barangays and schools into fun and educational playrooms, to reach out to more kids, including those in far-flung areas. ADVT