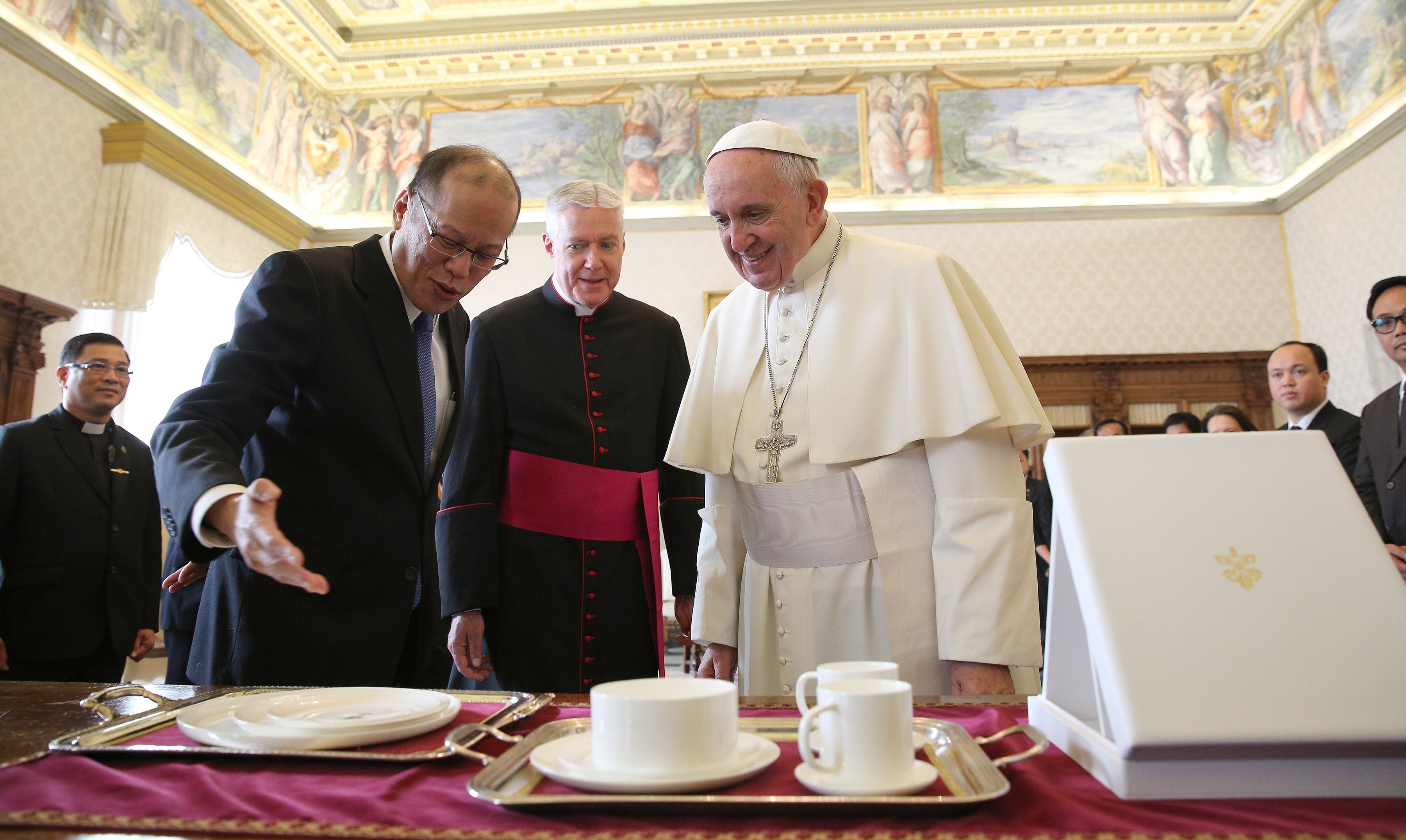 ROME—President Aquino gifted Pope Francis with a dinner set, not a tea set as earlier reported.

Ito Kish, the Filipino home retailer and designer who made the gift, informed the Inquirer on Friday night that the gift of President Aquino to Pope Francis was dinnerware and not a cup and saucer set.

Kish apparently saw the Inquirer’s tweet about the exchange of gifts between Mr. Aquino and the Pontiff.

The dinner set, according to Kish, was part of his new collection launched last month.

Reporters covering the President’s visit to the Pope were told that Mr. Aquino gave the Pontiff a “bone China tea set.”

Journalists were not allowed to cover the two leaders’ meeting at the Apostolic Palace, it being a private meeting.

“The gift to His Holiness, Pope Francis, was a complete dinner set, 28-piece for 4 persons service by Ito Kish,” deputy presidential spokesperson Abigail Valte told the Inquirer in a message, quoting Social Secretary Susan Reyes, who is responsible for these matters.

A photograph of President Aquino showing Francis his gift clearly showed that it was not a tea set but a dinner set.

Valte also denied allegations on social media that President Aquino’s gift to the Pope was recycled from the gifts given to the spouses of the world leaders who went to the Philippines for the Asia-Pacific Economic Cooperation (Apec) summit.

Valte said Kish was also “appalled at the allegation.”

For his part, Pope Francis gave Mr. Aquino a copy of his encyclical and apostolic exhortation, and a bronze sculpture of an olive branch holding the two halves of a cleft rock, which symbolizes peace and unity.