Get a mouthful of ‘the world’s best dumplings’ | Lifestyle.INQ ❮ ❯ 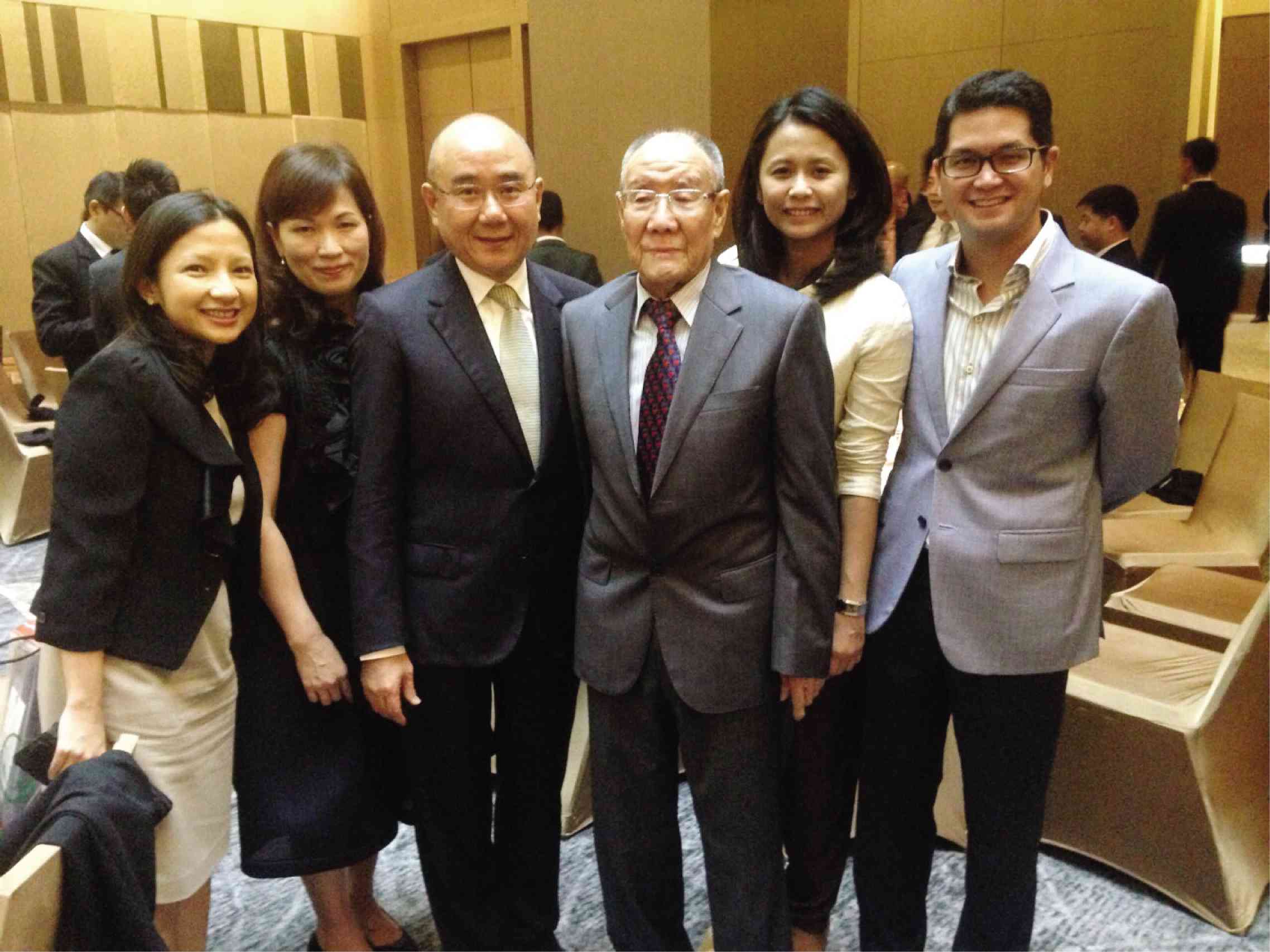 Get a mouthful of ‘the world’s best dumplings’

Eliza had her first taste in Singapore. “I already loved xiao long bao and my friend was saying, ‘You have to try this new xiao long bao restaurant.’ It’s a famous brand from Taiwan.” When I tried it, I was really blown away. You can never ever forget the taste of that broth inside that xiao long bao.”

For Jon, the magical moment happened in Shanghai. “It was in their Xintiandi store about 15 years ago. A friend who was living in Shanghai said, ‘You have to go to this place called Din Tai Fung, it has the best dumplings in the world.’ I had no idea what I was getting into… ‘Oh my god, what did I just bite into?’ It was amazing.

“And we’ve been married to it since. We’ve dined in Din Tai Fung around the world from Australia to Taiwan. I think the only one I haven’t been to is the one in the US.”

Din Tai Fung began as a cooking oil retailer in Taiwan in the 1950s. In the 1970s, founder Bingi Yang and his wife started xiao long bao, delightful little steamed soup-filled dumplings that have become world-famous, earning them a huge following, rave reviews and even a Michelin star.

The Philippines is the newest addition to that list, with Din Tai Fung opening its doors at the Mega Fashion Hall on Tuesday, Dec. 8.

Bringing the brand to the country wasn’t easy; after all, Din Tai Fung gets 20 letters a week from people and companies who want to bring xiao long bao to their corner of the world. “It was literally a two-year courtship,” said Jon. “There was a language difference, a lot of the people who were pitching could speak the language, which would make their meetings 30 minutes, while ours would be four hours. But there was a lot of discussion about philosophies and values and beliefs. It’s not so much about the bottom line, but about who we are.”

To prepare for the opening, the managing partners of The Moment Group and selected members of their staff went to Taiwan to train for six months.

Eliza, one of the managing partners, described the training as “intense.” She started by working as a busgirl at the Taipei 101 restaurant. “I wiped tables, I cleared cutlery, I served guests, everything. I learned to walk the way they walk. I learned to smile the way they smile. We worked 12-hour shifts. They have 330 seats that turn on an average of 12 times a day. You need to set up the table and serve the guest and clean that table 12 times the whole day. You’re just on your feet the whole time. But everybody is smiling. You don’t realize how tired you are until the end of the day.”

Eliza was able to try everything, including working in the front kitchen where the xiao long bao is made. “That was the most challenging part. Xiao long bao is very, very hard to make. It’s not an easy task,” said Eliza.

A perfect xiao long bao is made with 18 folds. It took Eliza six days to make her first 18-fold dumpling. “The first time the chef got my xiao long bao and put it in the basket, I really wanted to jump for joy. They were all laughing at me.”

Lysa Angeles, the executive chef of Phat Pho and one of the staff members who flew to Taiwan for training, was a natural. Eliza said, “On her second day there, I got called by the assistant of the owner who asked me, ‘Where did your girl come from?’ ‘Our Vietnamese restaurant.’ ‘Does your Vietnamese restaurant have dumplings?’ I was like, ‘No. Why? ‘Because she picked up making the xiao long bao quick.’”

Inquirer Lifestyle got a sneak peek at Din Tai Fung in Mega Fashion Hall as they worked on finishing touches days before the opening, and we watched as Taiwanese staff members continued training Din Tai Fung’s employees. There will be 20 Taiwanese staff members who will be staying for the next three months to help make sure that everything is running smoothly. Founder Bingyi Yang will be in Manila for the opening.

Service is a priority at Din Tai Fung anywhere in the world. Eliza said, “When I first saw how they did things… Everything was exploding in my brain, like, ‘Oh my God, this is why you guys are the best in the world.’ There are no shortcuts. One xiao long bao takes at least three days to make. Everything is always precise and with reason, but they’re always smiling when they’re doing these things. We call it ‘happy OC.’”

And it’s something The Moment Group takes seriously. “We have 164 seats but we have 167 employees. We have a big break room where they can eat and nap and rest because it’s a lot of hard work,” said Jon.

When Din Tai Fung opens on Tuesday, there will be 27 dumpling chefs in the front kitchen making order after order of xiao long bao. “We don’t want to deprive anyone. Taipei 101 does 16,000 pieces of xiao long bao in a day—but at 330 seats,” said Eliza.

First-timers should try the pork xiao long bao, said Eliza. But Din Tai Fung serves a lot more than just soup-filled dumplings—they even have dishes that will only be available in the Philippines like sweet and sour pork, salted egg yolk prawns, crispy beef strips and choco lava xiao long bao.

Fans will be pleased to know that Din Tai Fung’s prices in the Philippines are lower than Taiwan’s. A five-piece order of pork xiao long bao costs P160, while a 10-piece order is P315.

Jon said, “We are priced so customers can get a great meal, good value, get full and satisfied without spending too much.”

Eliza added, “It’s not just the cost of the ingredients, it’s the labor and everything. There’s no skimping on any kind of quality here. But despite that, we want to make sure that our pricing is affordable to everyone.”

For now, they want to concentrate on their first Din Tai Fung restaurant. “We only plan to open more if this branch does the brand justice. We want to make sure that we get the quality, consistency, reliability down as you would expect in Taiwan and other countries. We’d love to make this brand and this experience available to everyone. But it’s all about quality, it’s not a race.”

For more on Din Tai Fung (and to see the full menu), visit http://lifestyle.inquirer.net.