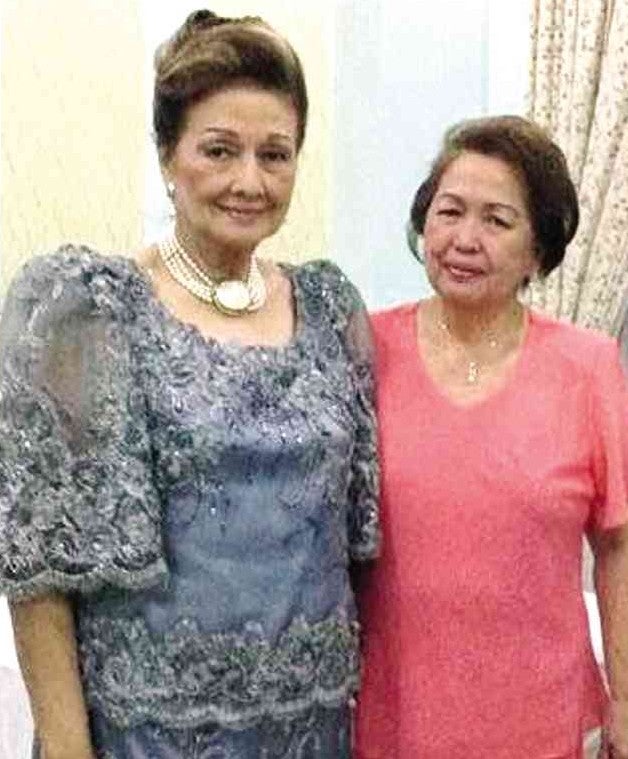 TWO PIANO concertos rendered on two pianos highlighted the concert series of the Santa Isabel Conservatory of Music to mark its 85th anniversary.

Both studied with noted piano pedagogues at Santa Isabel: Santamaria with Aida Sans Gonzales and Roxas with Rosario Picazo.

They were asked to do the homecoming concert by professor Joseleo Logdat, artistic director of the Santa Isabel Conservatory’s anniversary concert season.

Off stage, Santamaria said nowadays she was concentrating on documenting her accomplishments.

She launched her book “My Four Seasons” in Cebu City last year. Her second book project documents her “Romantic Piano Concerto Journey” with pianist Reynaldo Reyes. Their concert tour has logged on over 500 performances since it started in 2001.

Roxas has retired from teaching at Santa Isabel, where she served as chair of the piano department.

In recognition of her contribution to piano performance and teaching, the Piano Teachers’ Guild of the Philippines recently conferred her the Lifetime Achievement Award.

Santamaria said she had Roxas in mind at once when asked by Santa Isabel to perform for the anniversary concert season.

The grandeur and elegance of Beethoven’s “Emperor” Concerto fully engaged the attention of the intimate listeners, majority of whom were musicians and aesthetes.

Santamaria and Roxas’ collaboration was tight and sensitive. Tones matched and were well balanced.

Sala showed keen familiarity with the music, which she rendered with aplomb.

Cecile on the second piano gave utmost support. She played with equal verve, matching the brilliant tone of the soloist. The chords were full and the runs equally sung with keen evenness.

Collectively, the rendition was well nuanced and sensitively expressed. The runs were even brilliant and the attacks incisive.

The bravura of the Saint-Saëns work somehow complemented the grandeur and magnificence of the Beethoven opus. There was none of the emotional depth that one derived from the “Emperor” but sheer delight over the transparency, the light texture of the work. Here the soloist struck a brilliant climax on the first movement and an absorbing, dazzling coda on the third.

If Beethoven’s second movement was contemplatively absorbing, Saint Saëns’ second was playfully delightful what with those amazing light staccato configurations!

Again the collaboration was tight, all to the delight of the listener.

The duo gave several curtain calls, until the emcee of the program announced a surprise: Lisa Estenzo, who came and attended the concert straight from Cebu City, came up the stage and presented a gift to Santamaria.

It was an oil painting of the cover of her book that was unveiled before an applauding audience.