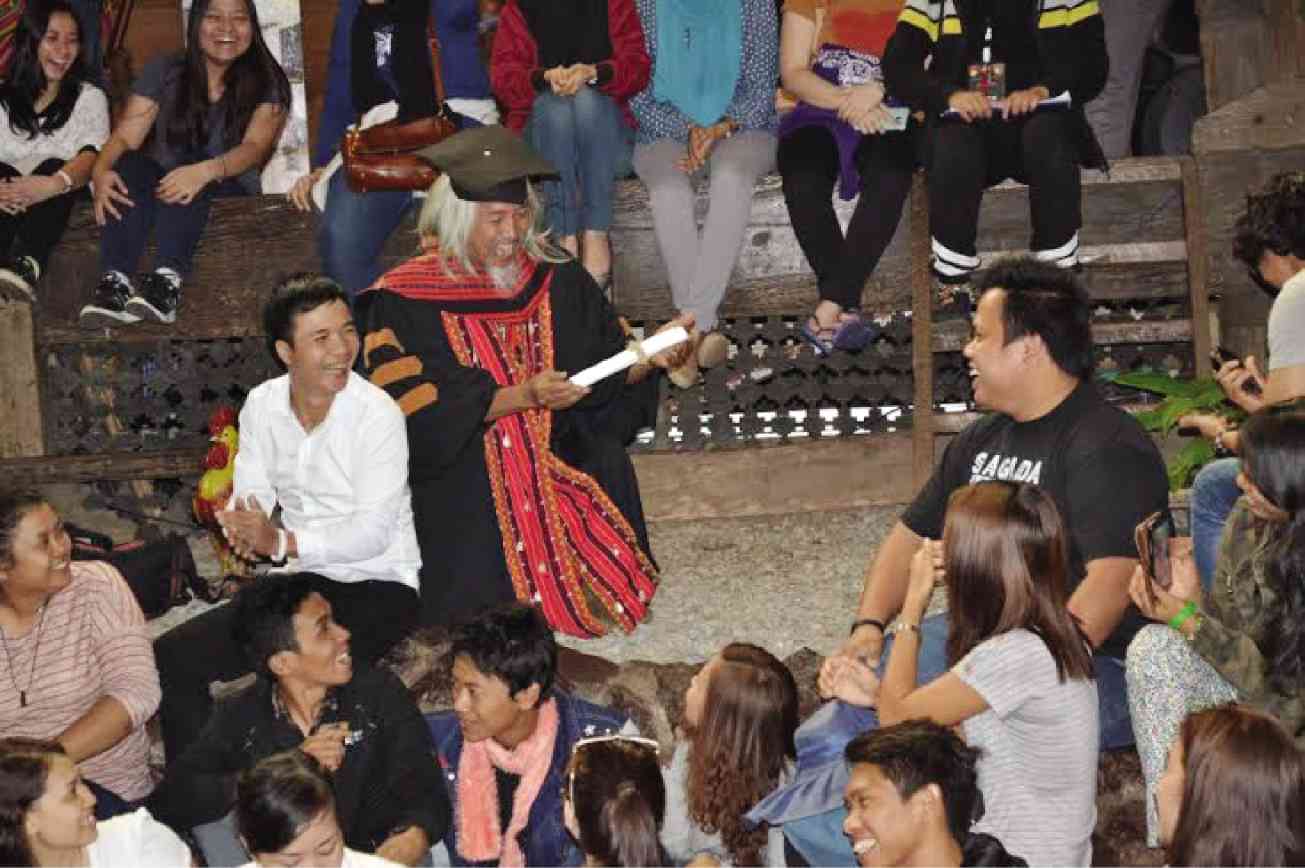 KIDLAT Tahimik on a surprise skit

Fifty youth representatives and heads of delegations from 10 member-states attended the unique youth cultural camp, which started in 1998 with the Philippines as the inaugural host.

This year’s event themed “Gongs and Bamboo Music Camp and Festival” was a joint undertaking of the Asean, Department of Foreign Affairs and National Commission for Culture and the Arts.

The use of bamboo and gongs in music “is important because it is our legacy, our heritage,” said Santos.

Santos explained that in Asean, the use of gongs and bamboo were common but the uses were very diverse.

Different sites in Sagada were visited by the delegates, which, according to Santos, exposed them to local musical traditions.

“They were able to see the context [and significance of gongs and bamboo] music in terms of village life, heritage,” he said.

Project director Patricia Maria Santiago said the camp was more than just about the musicians or the music.

“It’s about the community, the impact that the Asean is creating in the community,” she said. “You can see the close relationship of Asean communities because of music, because of gongs and bamboos.”

Santiago added the instruments were actually closer to the people of Sagada since they heard and saw these during community rituals.

“So it’s very nice to see the community, especially the small children of Sagada, to be attending this and just listen,” she said. “It’s a pleasure to see them that even it’s raining, they are unshaken and [they] are really intently listening.”

The delegates had not expected that the nightly performances would be attended by Cordillerans from far-flung areas, said Santiago.

“It’s not just about performing but giving back to the community,” she said. “For them it’s an opportunity and a blessing to be here, to be performing for the community of Sagada.”

Weerawat Kaewpila, a delegate from Thailand, said he was honored to meet the people of the Cordillera. He explained it was an opportunity for cultural exchange.

“We learned about the culture, the music, the dance. It’s a very nice [experience] for me,” he added.

A visit and a short program at Oh My Gulay restaurant in Baguio City capped the event on Dec. 1, with Kidlat Tahimik performing a surprise skit on Cordillera’s rich heritage.