This is the wine the Pope drank | Inquirer Lifestyle 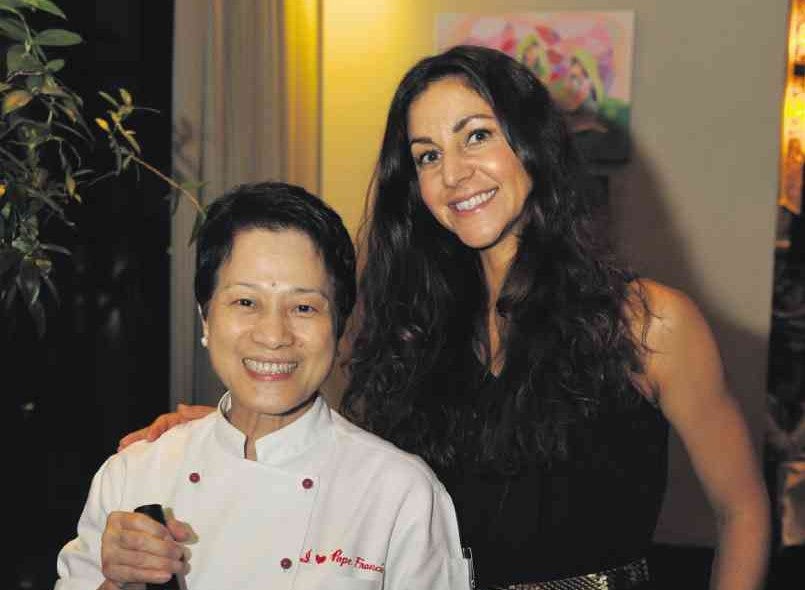 This is the wine the Pope drank

IF CHEF Jessie Sincioco could count on one hand her most memorable milestones since winning the grand prize in the baking category at the Great Maya Cookfest in 1983, they would probably include opening the first Le Soufflé in 1991 and her twin wins (L’Assiete d’Or) for Best in Market Basket at Chefs on Parade in 1986 and 1992.

Plus, definitely, being the personal chef to His Holiness Pope Francis during his papal visit to the Philippines last January.

From Jan. 15 to 19, she was in charge of preparing the meals and refreshments of the Holy Father.

After the papal visit, and through her own initiative, chef Jessie began offering diners a choice of two set menus—the same ones she served the Pope —at her eponymous restaurant at Amorsolo Square in Rockwell Center.

Half of the proceeds from these set menus are donated to Tulay sa Kabataan, an orphanage that Pope Francis visited even if it wasn’t part of his official itinerary.

Chef Jessie was also in charge of choosing the wines to go with each meal, but the one that the Pope preferred—and which he had for lunch and dinner daily —was the Negroamaro 0 (or Negroamaro Number Zero).

Negroamaro is a red wine grape variety native to Southern Italy, grown almost exclusively in Apulia and particularly in Solento, the peninsula referred to as the “heel” of Italy.

Word got around that this was the wine Pope Francis liked, and it quickly reached Menhir Salento, the Italian winery that produced the wine.

The popular and well-liked chef was moved by the gesture, explaining how it was really the only wine the Pope drank during his visit.

“When we would serve lunch or dinner, he would ask for some wine, but he would smile and say, ‘Just a little bit.’”

All the wines that night are distributed in the Philippines by iPhor Trading Inc.