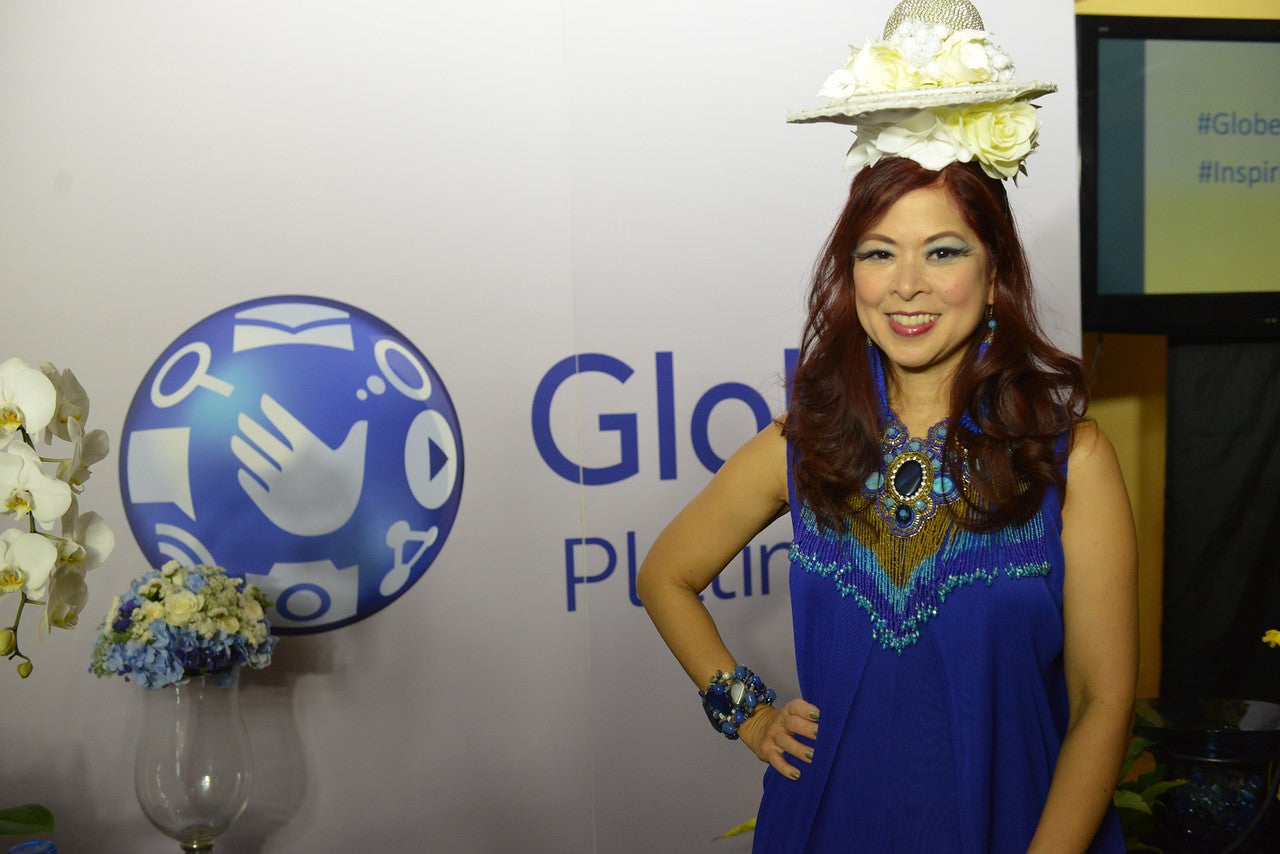 Tessa Prieto-Valdes is the newest brand ambassador of Globe Platinum.

In this digital age, being connected has become not only a whim, but a necessity as well. More so for Tessa Prieto-Valdes, who can only be described as a “multi-hyphenate.”

As an interior designer, a writer, triathlete, host, and philanthropist, she wears many hats. Tessa, however, says she relishes the most her role as a wife and a mother to her four children.

During her recent launch as brand ambassador for Globe Platinum, Tessa emphasized how staying connected to her family, career and charity work keeps her inspired.

“At times when the good old-fashioned way of spending time together gets difficult, we stay close to each other through technology,” said Tessa.

With her two sons living away from her—Bryan is on his own, while Tyrone studies abroad—Tessa says the Valdes family has maximized the use of messaging apps and social media, apart from the usual calls and text. “Thank God for digital connections,” she said.

“It’s about how the whole family can connect,” she told Inquirer.net. “It’s keeping and staying in touch in the quickest, fastest and clearest way.”

Tessa is also grateful for technology when it comes to her work. Apart from doing interior design projects and writing her newspaper columns, she also blogs at tessaprietovaldes.com and hosts a television and an online show.

“Access to various channels and sources of information helps keep me updated and relevant, which is important in the line of work that I have,” said Tessa. “It’s a great fuel for creativity. Finding interesting, innovative or new things to inspire me—that translates into what I produce.”

A Philippine Daily Inquirer columnist, Tessa weighs in on the state of media in today’s technology-driven world. “Where is the new media gonna be? They’re saying media or print might be dead but that’s where I am, maybe it will take another 10 years,” she said.

“People still like to read, to hold the newspaper, but of course they also have Inquirer.net. Now we also have (shows that go) straight to Youtube—it’s not even like the (television) networks anymore,” she added.

Despite being busy with all the work and events she has to attend to, Tessa stays grounded through her passion: Charity. “I got that from my mom,” she said.

In 2003, Tessa launched the Red Charity Ball fashion show with Kaye Tiñga. “With my work as a writer and interior designer, credibility is just as important for something like this,” she pointed out.

“I make sure to discuss where to direct the funds raised with the beneficiary organizations we work with,” Tessa said. “Whether it’s for disaster relief or community building, I check on the progress and the results. We’ve been able to gain the trust and steady support of donors and sponsors because of this, and made our efforts sustainable.”

Globe has been a big part of her charity work, according to Tessa. “This year we’ve been adding a lot more different and smaller charities that don’t and can’t afford to have their own fundraiser activities,” she said. “They can use me as an avenue for that.”

Tessa is perfect for the brand, director Kaisie del Carmen tells Inquirer.net. “She’s just perfect for the market that we’re trying to capture,” she said. “For them, they can only be truly successful in (a) holistic sense and I think Tessa represents that very well.”

She added: “We know that Globe Platinum can support her lifestyle. We are not just a telco brand, we also have the priority servicing and rewards program that will connect you to all your passions, your interests, what’s relevant to you.”

Tessa feels very much at home with her Globe family. “I told Ernest, it’s really a welcome back, a coming home back to my Globe family. It’s good to be home,” she said.

“It’s hard to envision life now without cell phone. Especially for (me), because I am all over—I have to finish an article, deadlines to meet, when I’m abroad (I need Internet) connection. Whether it’s on the ‘old-fashioned’ print, as they say, or in my website, I really have to stay connected,” she added.

“We live in such exciting times right now, and inspiration can be found everywhere. It’s mainly what you do with it that matters. It’s the spark that lights creativity and innovation, where great things begin. But it’s on you to follow that through.”