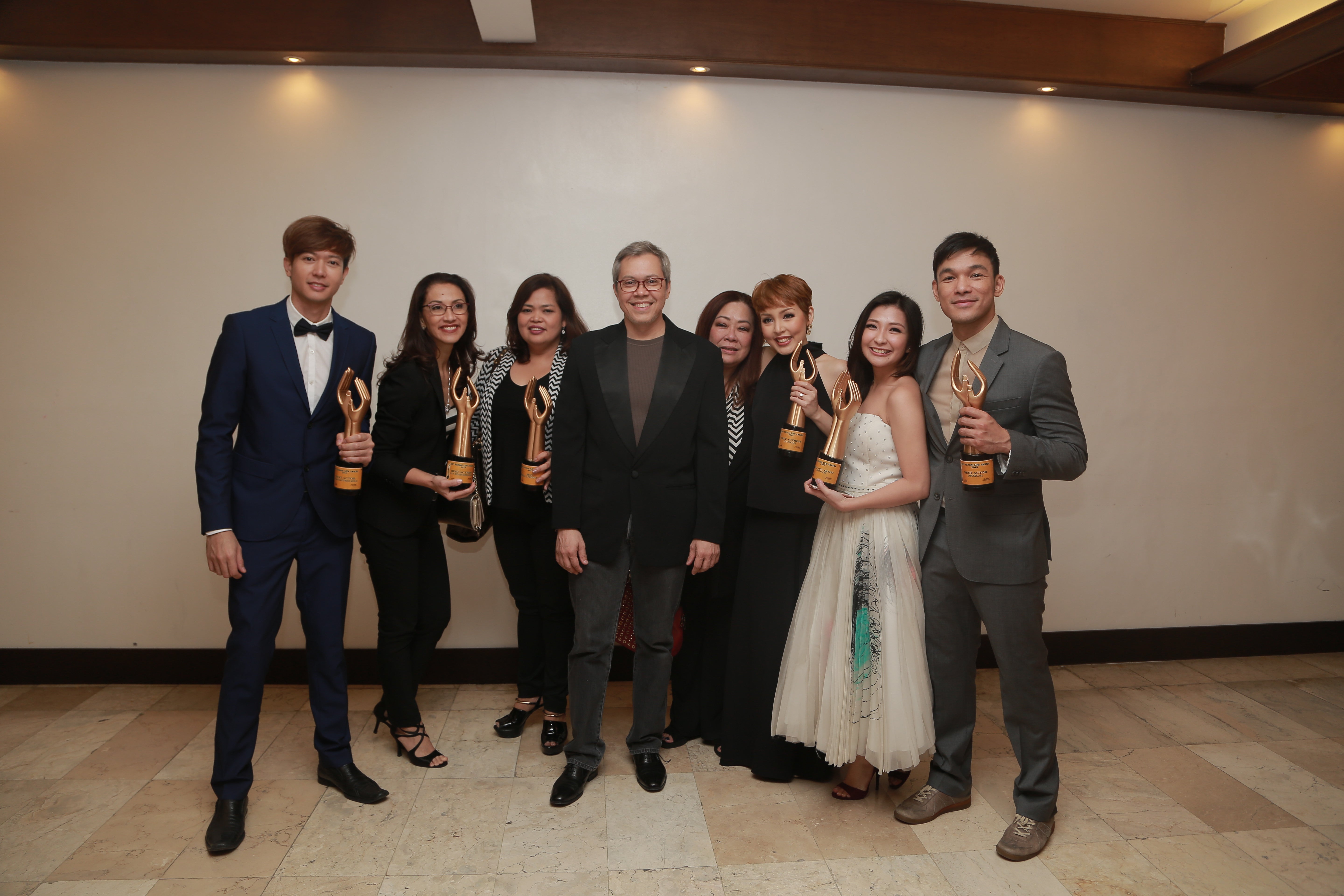 The all-Filipino production ‘Bituing Walang Ningning: The Musical’ took home six awards out of a possible seven nominations at the recent 28th Aliw Awards held at the Star Theater in CCP Complex .

In a night full of stars, “Bituing Walang Ningning” shone brighter than the rest after bagging the plum for Best Musical Production and earning five more major awards for the production’s all-star cast.

Produced by Resorts World Manila (RWM), through Full House Theater Company (FHTC) and in partnership with Viva Communications, Inc., the stage adaptation of a classic Filipino drama reaped multiple recognitions including Best Actor in a Musical for Mark Bautista, Best Actress in a Musical for Cris Villonco, Best Actor in a Featured Role for Ronnie Liang, Best Actress in a Featured Role for Menchu Lauchengco-Yulo, and Best New Female Artist for Monica Cuenco who plays the lead role of Dorina Pineda in the critically acclaimed play.

“This is a proud moment for everyone involved in the production of this truly wonderful musical,” says Alou Almaden, chief operations manager of FHTC.

“Receiving these awards is a validation of all the hard work the cast, crew, and management have put in to bring this classic story back to life for Filipinos to relive or discover for the first time. What’s more, it brings us a step closer to realizing our vision for the Philippines to be globally acclaimed for its excellence in the performing arts.”

The win is a first for Monica Cuenco who earned her part in the production through a tedious nationwide search for the musical’s lead role. The awards are likewise a first for veteran performers Mark Bautista and Ronnie Liang who have both just recently made the transition to theater.

Adding star power to the musical’s highly anticipated second run was returning showbiz sweetheart Antoinette Taus as Cris Villonco’s alternate for the role of Lavinia Argulles and multi-talented Epi Quizon who alternates with Jon Santos for the role of Auntie.

“Bituing Walang Ningning: The Musical” brings to life a story that has transcended Philippine entertainment. Originally told over a serialized comic strip by fictionist Nerissa Cabral, the story was made into a blockbuster movie in 1985 and was then re-made into a hit television series in 2006.

This recent production marked the first time a contemporary drama has crossed over multiple media, from print, cinema, television, and finally on theater.

This time, the drama’s theater foray is told along with the timeless music of the great Willy Cruz and other memorable OPM hits, which is scored by the Manila Philharmonic Orchestra under the baton of Maestro Rodel Colmenar with veteran stage director Freddie Santos at the helm.

Catch the second run of this critically-acclaimed musical as it goes on-stage this December 14 (Monday) at Resorts World Manila’s state-of-the-art Newport Performing Arts Theater. The production runs all the way to the New Year with more shows this coming January.