Gandalf and Frodo are no longer here, but the Shire is still the place to see | Inquirer Lifestyle ❮ ❯ 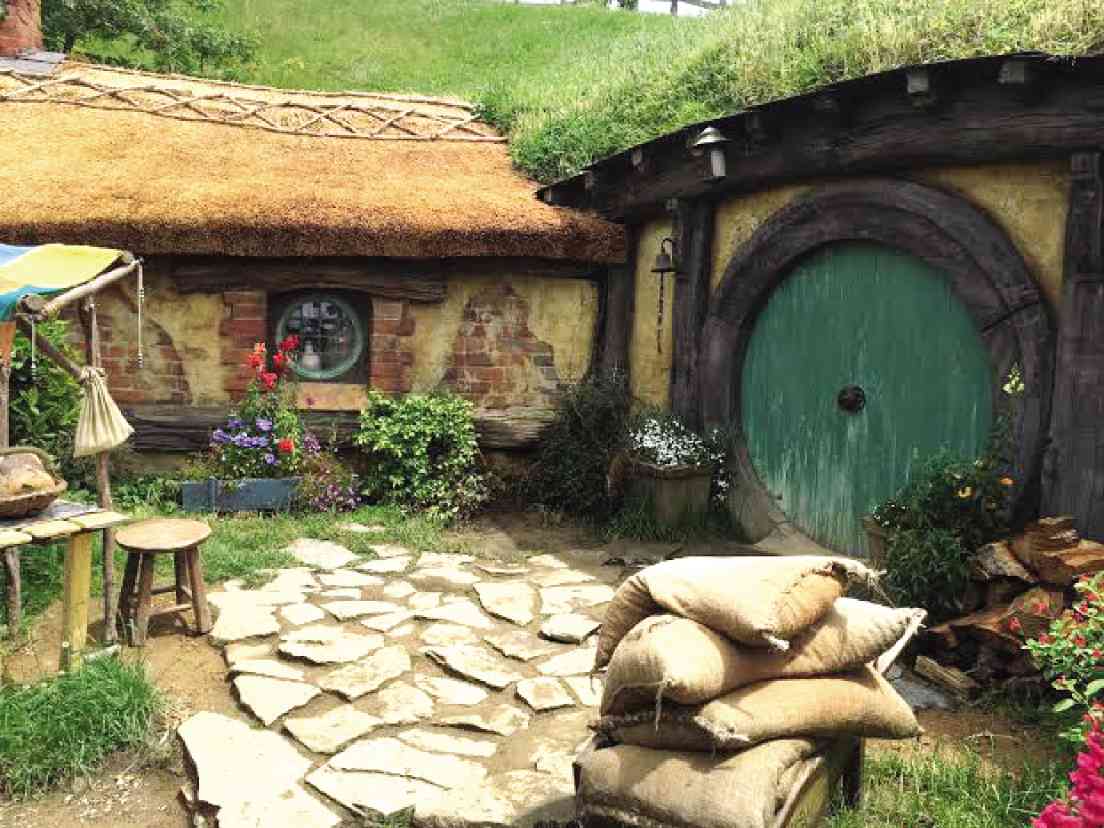 THE LOOK of Hobbiton ranges from pretty to quaint, but it always manages to charm guests, especially fans of “The Lord of the Rings” and “The Hobbit” trilogies. ALEX Y. VERGARA

Gandalf and Frodo are no longer here, but the Shire is still the place to see

FARMING, including dairy production, remains New Zealand’s leading industry, but thanks to hit movie trilogies and other family-friendly attractions, tourism has moved from fourth to second spot as that country’s top dollar earner.

First-time visitors to Auckland, New Zealand’s biggest city on the North Island, won’t run out of sight-seeing opportunities within and outside the bustling metropolis.

Their visit won’t be complete without a day trip to Hobbiton, one of 158 movie sets and locations used by New Zealand director Peter Jackson in the filming of “The Lord of the Rings” and “The Hobbit” trilogies.

“‘Lord of the Rings’ is probably what ‘Crocodile Dundee’ was to Australia in the 1990s,” said John, our friendly bus driver. “It has brought tremendous amount of business to New Zealand. Tourism has gone off the roof.”

But while the other movie sets had been torn down soon after filming, Hobbiton, more popularly known to movie fans as the Shire, has been refurbished and maintained.

The attraction, with 44 hobbit houses, including lush floral gardens and an artificial oak tree that watches over the Shire, is now a joint venture between Hollywood, Jackson and members of the Alexander family, owners of the sprawling sheep and cattle farm where the movie set is built.

Since it opened to the public in 2012, Hobbiton has been packing in crowds from close to 90 countries, including people who have yet to see the film trilogies.

The fact that the houses were built to cater to hobbit proportions make the winding and multilevel community all the more charming and postcard-pretty.

Visitors don’t seem to mind that the houses have no interiors and come only with colorful exteriors meant primarily for iPhone moments. Since it’s not a theme park, there are also no rides and actors dressed as Gandalf, Frodo, Bilbo or even Galadriel.

“We’d rather see guests visit us dressed as their favorite characters,” said Henry Horne, Hobbiton sales manager. “We also cater to private parties like weddings, but only at day’s end so we won’t disrupt operations.”

Jackson filmed all the interior shots in a sound stage in Wellington, but the outdoor party scene during one of the movies’ finale and the narrow path where Gandalf passed through in his rickety carriage were filmed at Hobbiton.

Located just outside the once quiet farming town of Matamata, Hobbiton is a two-and-a-half-hour drive from Auckland. It’s open all year round except on Christmas Day.

Ticket prices vary, depending on the child’s age. Adults are charged NZ$79 per head.

Entrance fee includes a free drink at the Green Dragon pub. For a few more dollars, visitors can enjoy a buffet lunch in a huge yellow tent fashioned like a medieval party place.

The Green Dragon pub sits within an area where a high-end dining place is being planned.

Close to 200 employees run Hobbiton, including caring for its manicured gardens, flower boxes and fruit-bearing trees.

To help guests better appreciate the attraction, they are grouped in batches while a tour guide regales them with stories. The walking tour takes about two hours.

Jackson is working on a short documentary on the making of Hobbiton, which will include key scenes from the movie that were shot at the Shire.

To help brief guests and refresh their memories, the company plans to install the documentary in Hobbiton-owned tourist buses.

Since Jackson is such a perfectionist, the documentary wasn’t finished on time. Insiders are hoping that the short film would be ready early next year.

Summer in New Zealand is from late December to early March, while winter stretches from late June to early September. So, when is the best time to go?

“The best time to visit is the day you want to come,” Horne deadpanned. “Hobbiton is a living, evolving attraction despite the artificial set. What you see today will be different the next time you visit. I’ve come across guests who have been here nine times.”

Hobbiton as an attraction evolved when Jackson and his team were flying to different areas in New Zealand scouting for ideal locations for the first “Lord of the Rings” installment.

“He was drawn to this place because of its size and proximity to a body of water,” said Horne. “There were also no visible man-made structures like towers, high-tension wires and houses that could make shooting difficult.”

Since the set was meant to be demolished after filming, the first Shire was made of untreated wood and polyurethane. Nothing was left standing soon after the last of “The Lord of the Rings” trilogy wrapped up shooting.

In 2007, Jackson came back to Matamata to begin work on the first of the “Hobbit” trilogy. He almost ended up shooting it in the Czech Republic months back because production costs in New Zealand had skyrocketed by then.

“If not for the NZ$300-million tax break the New Zealand government gave, Peter would have shot the next three films elsewhere,” said John.

The government’s move made Jackson change his mind, but the tax break didn’t sit well with the public.

But people in tourism viewed it positively. True enough, the government’s decision to woo back one of New Zealand’s most famous sons had paid off handsomely.

“The tax break he got has generated more than tenfold for the country because of interest in his movies,” said John. “He created a whole industry in this part of New Zealand.”

Interest in the country is bound to increase. Canadian filmmaker James Cameron, who filmed “Avatar” mostly in New Zealand, lives just 10 minutes outside Wellington. He is working on the movie’s sequel.

When Jackson and his partners had the Shire set reconstructed in 2007, they decided to use real, more weather-resistant materials.

While it took them nine months to recreate the set, Jackson used it for only five weeks to film key scenes. When the set was again being demolished in 2009, the task was postponed due to heavy rains.

“By then people were already knocking on our door requesting to see the set,” said Horne. “Owners started renegotiating with Hollywood to retain and refurbish the set. Hobbiton finally opened to the public in 2012.”

Hobbiton attracts a substantial number of visitors from Australia, the United Kingdom and the United States. Southeast Asia, particularly Singapore, is an important market.

“We get a few Filipino visitors every now and then,” said Horne. “But with the availability of direct flights between the Philippines and New Zealand, we expect more Filipinos to visit us.”