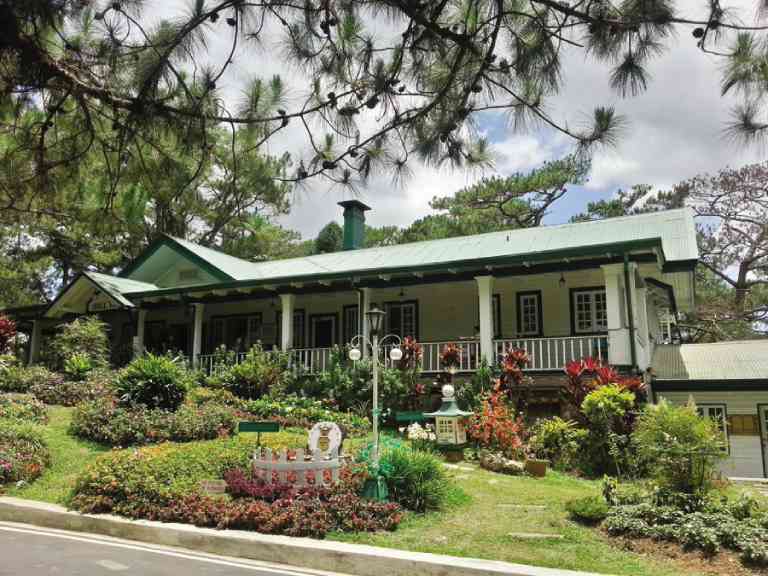 BELL House, named after Major General James Franklin Bell who designed the Bell Amphitheater beside it and other structures in the camp

Enjoy Camp John Hay while you can

THE GOOD news about Baguio City is that Camp John Hay remains open to tourists who want to see what residents say are the last few green spaces in the mountain resort.

The sprawling camp—built during the American occupation for exclusive rest and recreation use of US military personnel and their dependents—still has enough forest cover to allow fresh air to circulate, unlike in the heavily polluted city proper.

Camp John Hay operates two hotels, The Manor and Forest Lodge, which are open to the public at reasonable rates. We’ve been to The Manor twice; recently we stayed at Forest Lodge for the first time and enjoyed the spacious suite which consists of a big bedroom, two bathrooms, living and dining areas, and kitchen.

We wanted to take our 7-year-old son to a weekend break after he attended a four-day nationwide mathematics event also in Bagiuo, and Camp John Hay offered a tantalizing option for the kid to truly enjoy his childhood—given his heavy academic load.

The first thing we did was take him on a long stroll along the camp’s main road, past the branded outlet stores, restaurants and specialty coffee shops at Mile-Hi Center, rows and rows of pine tress and sloping hills, the convention center, and the special economic zone where more restaurants are located.

The next day we did more walking, up the hill to the Historical Core, where sits the Bell House—named after Maj. Gen. James Franklin Bell who designed the Bell Amphitheater beside it and other structures in the camp. The amphitheater has a gazebo surrounded by a multiterraced garden with abundant foliage that represents Baguio’s floral character.

Nearby is the Cemetery of Negativism—designed by then base commander Maj. John Hightower as a symbolic burial place of humanity’s negative traits and limitations.

Also a few steps away is the History Trail and Secret Garden which has markers detailing the history of the camp.

Amid the pine trees and hills are picnic grounds where families bond and take in the invigorating mountain air.

Rising early in the morning, we seized the chance to break in our newly bought Skechers Go Run 4 shoes, initially for some brisk walking, but which made us jog with ease past the golf course until we reached the Baguio Country Club.

Sweating in a cold place gave us a natural high.

Back in the Forest Lodge, we discovered two areas to spend happy hour: a lounge where pianist Leo Lambatan plays pop and jazz standards; and beside it, a music room which has a turntable and lots of vinyl records.

Don’t worry if you can’t take home Baguio Country Club’s famous raisin bread which is always sold out at its SM Baguio outlet. Forest Lodge has its own yummy version, made by The Manor’s resident chef Billy King.