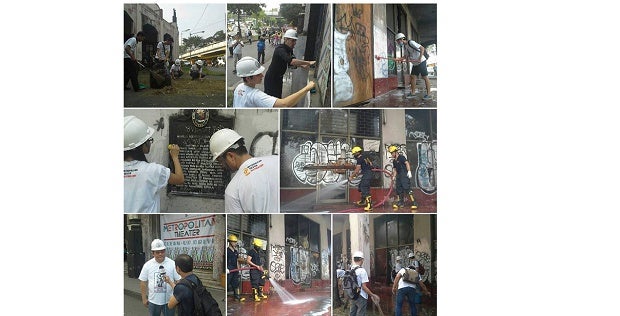 The restoration of the Metropolitan (Met) Theater in Manila kicked off on Saturday with a clean-up drive led by volunteers and the Bureau of Fire Protection.

The revival of Met was undertaken after officials of the Government Service Insurance System (GSIS), former owners of the Met, and National Commission for Culture and the Arts (NCCA) signed the Deed of Absolute Sale last June 2015.

Built in 1930 and designed by Juan Arellano, the Met is considered a Modern Art Deco masterpiece. It is also dubbed as the “Grand Old Dame” of Manila.

The Met closed in 1996 and continued to deteriorate since then. Due to the stalemate, the NCCA offered to buy the building from GSIS for over P200 million, which was approved by the Department of Budget and Management. NC/RAM

Manila City gov’t not giving up on Met just yet