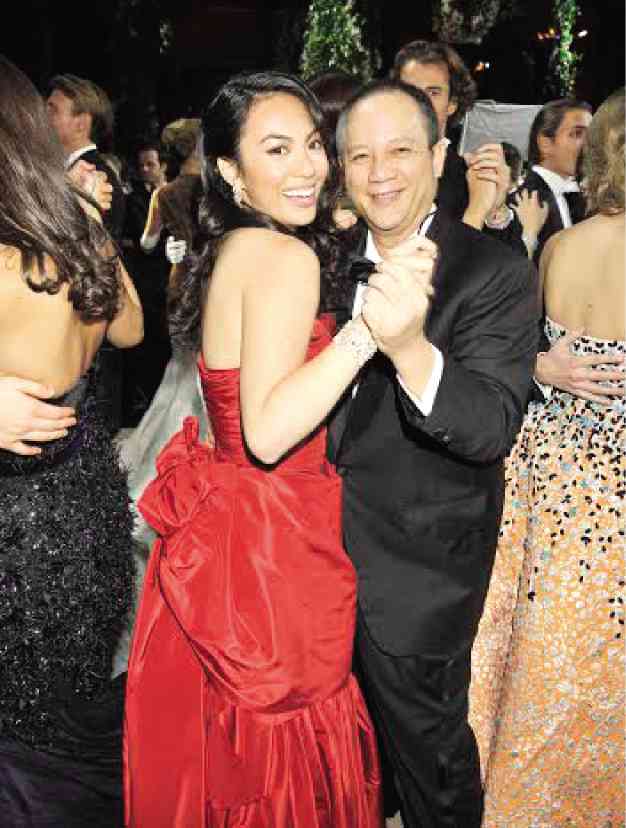 A WEEK after the tragic terrorist attacks in Paris, I was set to fly to the City of Light for the annual Bal des Débutantes or “Le Bal.” I was quite hesitant and nervous, and even toyed with the idea of canceling my trip.

But I had made a promise to Ophelie Renouard, the founder of Le Bal, who has maintained a great relationship with the Philippine Tatler over the years. (The columnist is the editor of Philippine Tatler. —Ed)

Despite the tragedies that shocked the world, Le Bal opted not to cancel the much-awaited social event.

Stéphane Bern, the ball’s emcee, summed up the sentiments of many Parisians when he explained why they chose to proceed with the ball.

“We remember the words of General Charles de Gaulle spoken 75 years ago: ‘Paris is outraged, Paris is broken, Paris is martyred, but Paris is liberated!’ Paris, the City of Light, must continue to shine its light on the world, and to shine through the image of this ball. Paris must continue to celebrate. To end our celebration would be to give in to fear and to cede victory to the enemies of our freedoms. Going on with Le Bal, whose revenues are given to two charities (one of them is L’Enfants d’Asie which has a foundation in Cebu), is an act of resistance, because it raises up the eternal values of France’s elegance and way of life.”

This year’s Philippine representative was Dominique Cojuangco, who was a stand-out in her Vivienne Westwood gown. Her parents, Tonyboy Cojuangco and Gretchen Barretto, were beaming with pride for their daughter as she was presented alongside 25 handpicked debutantes from all over the world.

Dominique has this to say about her experience: “Le Bal was everything I could have imagined and more—from the people to the event itself. My parents had smiles on their faces throughout the entire weekend. I feel they might have enjoyed as much as I did!

“The girls and I got along very well, with trips already being planned as we speak. Our three days together felt like three years. A week after the event, I had already met up with the other debutantes living in the UK. If the haute couture and fashion don’t draw you in, the friendships you form will. There is also no feeling like being part of a tradition that has been around for centuries.”