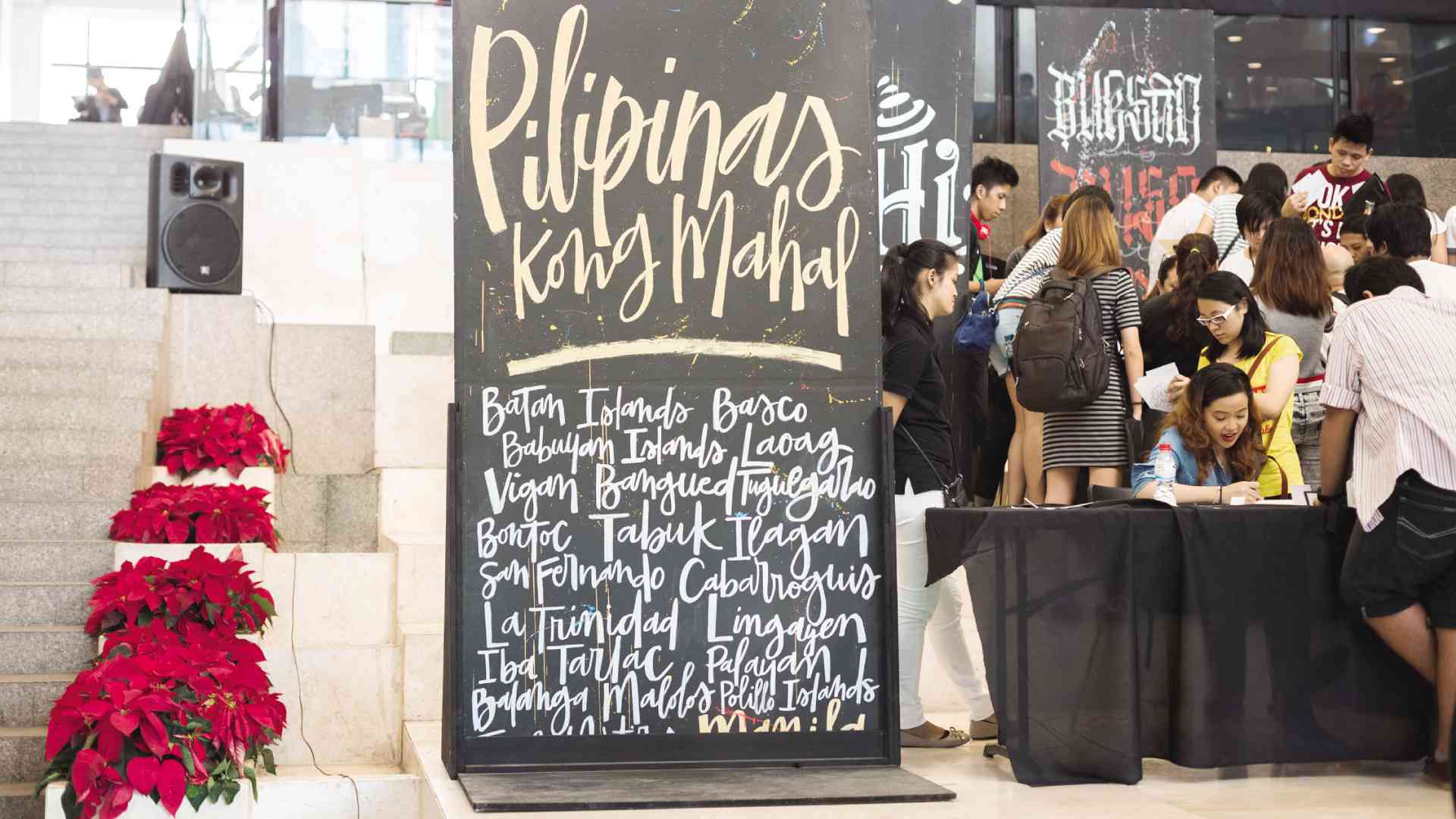 As a young boy, graphic designer and app developer Patrick Cabral would watch his uncle inscribe names in classic lettering on diplomas. Although the uncle learned calligraphy in drafting class at a vocational school, he took it to the level of art with his soulful style. Cabral then studied it from a neighbor, who also knew the craft.

With his skill, the young Cabral earned some money from making signs and streamers. When he became a professional graphic designer, the volume of work put him on a different track. But in 2012, Cabral returned to calligraphy, when he started writing names on his wedding invitations.

In the digital age, when sending messages and invitations through e-mail, social media and SMS has become the norm, calligraphy, or the art of decorative handwriting, is experiencing a resurgence. “We want to feel human again,” said Cabral.

Legions of hobbyists around the world are enjoying calligraphy, the way adults have taken to their coloring books. Moreover, calligraphers are in demand for writing invitations, cards, letters, logos, poems, name cards and other print collateral.

Calligraphy has been around since the Chinese wrote with a brush in the second millennium before Christ. In the West, the Romans developed the Latin alphabet in the first century.

Today’s calligraphy ranges from practical writing to artistic pieces where letters are indistinguishable. The most popular lettering styles are the italic scripts, copperplate or the round hand script, Old

English, and the bookhand or streamlined lettering.

The success of calligraphy depends on the delicate combination of nib, ink and paper. The thickness and angle of the nib work better with specific kinds of paper, more than others. Not every ink performs well with

every nib. The patience required and the introspective quality of calligraphy itself have made it a form of relaxation.

One weekend at The Gallery in Greenbelt 5, the young and not-so-young crowded around tables, urging calligraphers to write their names in fancy lettering. Some scribes dipped their brush in ink for a playful script that splashed across the paper, while others used pens with a square nib for historic fonts.

The first calligraphy fair, organized by Invitation House, a digital printer and retailer of writing supplies, drew a huge crowd.

“There’s a market for this,” said Carolina Marquez, owner of Invitation House and organizer of the fair. “Some hobbyists have even turned it into a little business. The popularity of calligraphy emerged early this year. People have been asking me to organize workshops, and I’ve been inviting calligraphers to teach enthusiasts.”

Her two daughters, Beatrice, 20, and Alexandra, 18, got hooked on calligraphy, and use the brush pen for exquisite scripts.

The calligraphy fair also gave exposure to Prestige paper products and Zig, a Japanese brand of writing tools. Scribes were invited to give lectures and demonstrate how to use the various pens, brushes and nibs.

Calligraphy requires the dexterity and skill of a draftsman and the soul of an artist. To Cabral, who was a guest speaker at the fair, calligraphy is a balance of function—such as writing for a card company and branding for a design firm—and self-expression in artsy exhibits. He specializes in ornate lettering that become eye-catching abstract designs.

One board featured unreadable letters that looked like unusual patterns from afar. On closer look, they were profanities that made people laugh. It was Cabral’s statement on how meaningless or mediocre art had become overvalued.

Professional makeup artist/scribe Sharon Condes-Rodil always had the knack for beautiful script. Two years ago, she attended a workshop with Fozzy Castro-Dayrit, a sought-after calligrapher for celebrity weddings.

Rodil started doing calligraphy for herself and friends. With the limited choice of pens and nibs and their storage, she started out a small business called Swirls and Strokes that supplies the calligraphy community. She noted that many calligraphy enthusiasts consist of millennials. “They call me ‘Mother,’” said the 43-year-old scribe.

She favors vintage nibs from the United States and Italy, sourced on eBay. They are usually sold in estate sales, and the prices range from $20 to hundreds of dollars for a box. These nibs are not only sturdier but lend a feeling of history. The oldest piece in her collection came from Esterbrook, once America’s largest maker of pens.

On calligraphic rates, writing names on envelopes cost P25 to P30 apiece, and P45 with an address. A short text fetches P60. Most of the time, the text is replicated on a high-resolution printer to save on expense. Commissioning big names such as Dayrit will cost more.

Rodil said calligraphy has caught on because it makes the message more personalized and impactful.

As poet Ralph Waldo Emerson said, “Never lose an opportunity to see anything beautiful, for beauty is God’s handwriting.”

“Type Kita,” an exhibit of lettering, accessories and personalities is ongoing this weekend from 11 a.m. to 8 p.m. at 1161 Chino Roces, the former Bosch building in Makati.