In Sarangani: An indigenous festival and a heritage house | Inquirer Lifestyle ❮ ❯ 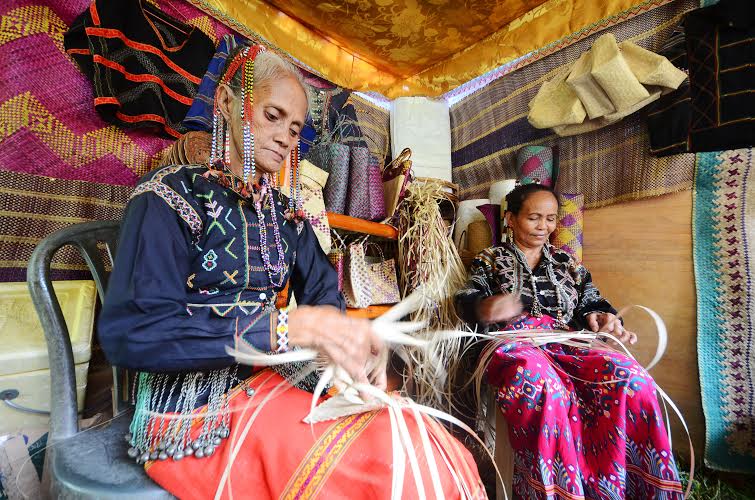 In Sarangani: An indigenous festival and a heritage house

IT WAS not your usual festival with youths, caparisoned in ersatz costumes, chanting and gyrating to some scripted choreography. It was, instead, a celebration of authentic indigenous culture.

This was the recent MunaTo Arts & Music Festival of the province of Sarangani in southern Philippines. (MunaTo is a B’laan word meaning first inhabitants.) Provincial governor is Steve Chiongbian Solon while his wife, Michelle Lopez from Iloilo, who exudes Ilongga charm, heads the Sarangani Provincial Tourism Council of the private sector.

The B’laans and the T’bolis are the main indigenous peoples of the province. The festivities were held in front of the imposing Provincial Capitol.

“The blue waters of Sarangani Bay are sacred to the B’laans, and nature inspired the songs and melodies of the T’bolis,” intoned the announcer. The screen showed seascapes, mountains, fields, grazing horses, a brave man on horseback and women at work, weaving mats.

Children clad in red with a dash of blue danced around, backed up this time by women musicians, They were followed by men wielding wooden staff, and women with small baskets pounding rice.

Soon all the dancers formed an ensemble, hands on hips, moving their hands gracefully, and waving their shawls up and down.

One number was especially energetic, with the songs and drums rising to a crescendo. There was a dancing couple joined by a phalanx of women, again waving their shawls, and village elders. It was apparently a courtship dance which ended with a wedding.

The finale, apparently from a legend, showed a hooded, witch-like creature kidnapping a crying child, to the great distress of the mother. But the child returned, to the joy of the parents. And everyone danced in celebration.

Along the highway by the bay in the coastal town of Glan (all except one are coastal towns in Sarangani), you come upon a nondescript gate with the sign Hacienda Don Juan. The gates opened to what seemed to be a budget beach resort. This is misleading, for the biggest and oldest edifice in the resort (by reservations only) is a splendid manor made of wood, circa 1920s, a well-preserved lived in museum.

The heritage house is owned by Allen Neil Escobar Cariño of Sarangani and his wife, Liezl Cariño of Lucban, Quezon.

In 1921, Juan de Aquino, who hailed from Tumauini, Isabela, came here, was captivated by the place, established a homestead and built a two-story house, with him as architect.

And so the ancestral home passed on from generation to generation, one hundred years of solitude, so to speak, until Cariño who is great grandson of Aquino on his mother’s side inherited it.

Enter Hacienda Don Juan and you step into the world of the early 20th century. There is high-quality hard wood all over the house, with a solid foundation of raised hard brick stone and long solid wood.

There are paintings and prints, pottery from China, jars and a wooden candelabra on the table, and a quaint bar in one corner, a reminder that the heritage house also functions as a hotel (walk-in not allowed).

The windows are wide open; no fear of robbery here.

On the second floor are seven verandas with a view of the wide beach cove. There are more jars, pottery, period lamps and chairs, paintings, family photos, two harps, icons of the Madonna and Child, santo, sacred images, an art nouveau rocking chair and, in the bedroom, an immaculate four- poster bed in white linen.

Serenity rules in Hacienda Don Juan, despite the occasional noise of the vehicles passing through the nearby highway. There are several other heritage houses in Glan, which is resort country, but these are all in the town proper. And so you might say that Hacienda Don Juan is the only historical house here by the bay.