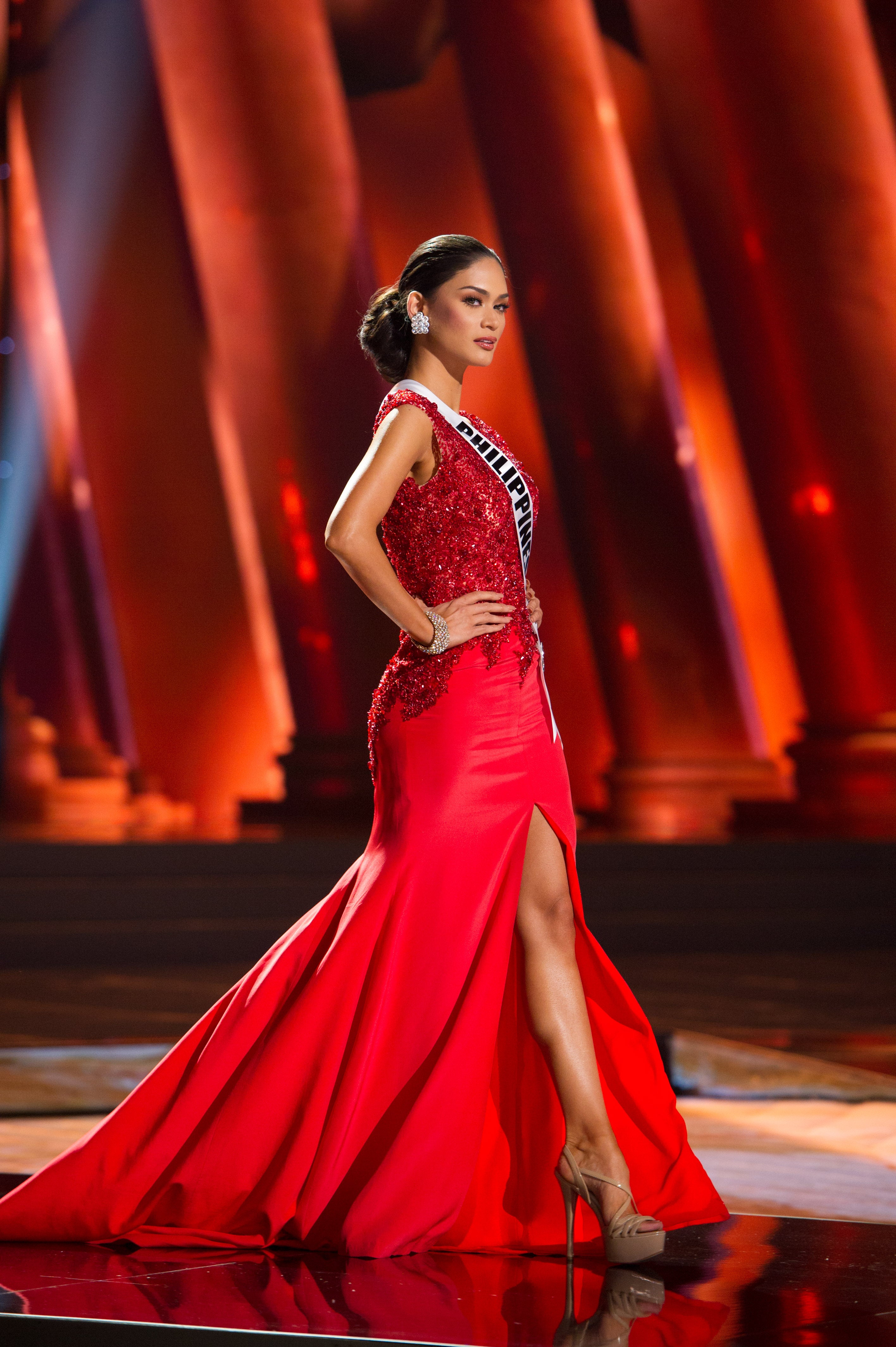 They had almost a year to prepare a make-or-break gown for Miss Universe-Philippines Pia Wurtzbach, but for some reason the off-the-rack gown allegedly bought by people behind Binibining Pilipinas Charities, Inc. (BPCI) didn’t fit the voluptuous Filipino-German beauty queen.

With less than a day to go before last Wednesday evening’s Miss Universe 2015 preliminary contest in Las Vegas (Thursday morning in Manila), Wurtzbach’s supporters, presumably led by mentor Jonas Gaffud of Aces and Queens, were frantic as they made a last-ditch effort to call Los Angeles-based Filipino designer Oliver Tolentino for a decent alternative.

Tolentino, who was then on a skiing vacation in Aspen, Colorado, shared this story with Inquirer Lifestyle. He took the call and promised Wurtzbach’s camp to do “whatever I could to help the Philippines.” He didn’t say who made or where Wurtzbach’s original gown was bought.

Wurtzbach, who’s currently competing with 80 other women for the Miss Universe crown, needed to impress judges if she were to advance to the top 16 on coronation night this Sunday, December 20 (Monday morning in Manila), also in Las Vegas. Wearing an ill-fitting gown would have likely ruined her chances.

“I had nine gowns from my Beverly Hills boutique sent to Las Vegas that very afternoon,” Tolentino said. “I wanted Pia to have as many choices as possible. I also wanted to make sure something fits.”

In the end, Wurtzbach chose a red sleeveless crepe de chine gown with Swarovski-encrusted bodice and thigh-high slit to wear to the preliminaries.

The two-hour show at Planet Hollywood Hotel was live-streamed and seen by millions the world over on YouTube. Like her rivals, Wurtzbach also paraded earlier in the show in a two-piece swimsuit.

“They said she loved the gown and felt good in it,” said Tolentino. “She was finally able to relax, which was so important for a candidate the night before the contest.”

Tolentino, who’s one of a handful of Filipino designers to have dressed Oscar, Emmy and Grammy winners and nominees, had no idea why everything was “so last minute.”

“Even though I wasn’t there, I was happy to have helped Pia and the Philippines,” said Tolentino, whose celebrity clients include Jessica Alba, Emmy Rossum, Sophia Bush, Ceelo Green, Tara Lipinski, Maria Menounos and Carrie Underwood.

Wurtzbach and Gaffud have yet to respond to Inquirer Lifestyle’s questions as of press time. It’s also unclear if she would be wearing the same Tolentino gown on Sunday.

Gowns worn by Filipino beauty queens to international pageants have been a contentious issue among pageant fans since Stella Marquez-Araneta, chair of BPCI, insisted that winners should only wear gowns bought or commissioned for them by BPCI.

She was also quoted as saying in a news report earlier this year that Filipino designers “can’t deliver.”

The Colombian-born Araneta, a former beauty queen herself, was openly criticized by pageant-crazy Filipinos when Philippine bet to Miss Universe Mary Jean Lastimosa failed to make it to the top 5 earlier this year.

It ended the Philippines’ streak of breaking into the world’s most popular pageant’s finals, which began in 2010 with Venus Raj.

Perhaps as a concession, Araneta allowed this year’s batch of Binibining Pilipinas winners to wear national costumes designed by Filipinos.

Wurtzbach wore a fully beaded and embroidered ecru terno with tiered hemline and traditional panuelo by Albert Andrada. But unlike the important swimsuit and gown competitions, Miss Universe’s national costume portion has no bearing on a contestant’s final scores.