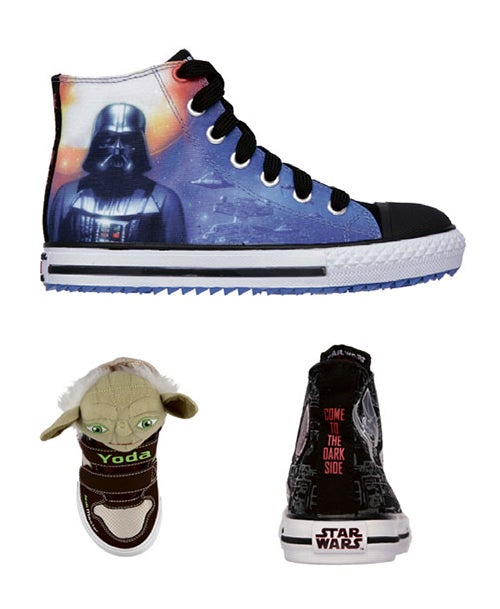 There’s no need to travel to a galaxy far, far away because Skechers is bringing the Force to you—or to your feet, rather.

The global footwear brand has released an extensive “Star Wars” collection of shoes just in time for the screening of the film franchise’s seventh and latest installment, “Star Wars: The Force Awakens.”

Familiar characters printed on the sneakers and slip-ons are Chewbacca, Yoda, the Stormtroopers and Darth Vader, and other designs inspired by the film.

For the kids’ line, shoes were meant to shine in bright and iconic designs inspired by the Jedi and Sith. Some even light up with every step.

“When it comes to iconic properties, there’s nothing in the entertainment world bigger than ‘Star Wars,’” said Michael Greenberg, president of Skechers. “For nearly 40 years, this franchise has spanned box-office successes, animated TV shows, books and video games to build a dedicated fan base. Skechers is the second largest footwear brand in the United States, and for two decades our kids’ character footwear has been an important part of our strategy. Now ‘Star Wars’ will further grow our presence in this space. We plan to do some really fun and unique things for these young fans of the saga, and we can’t wait to play in this world.”