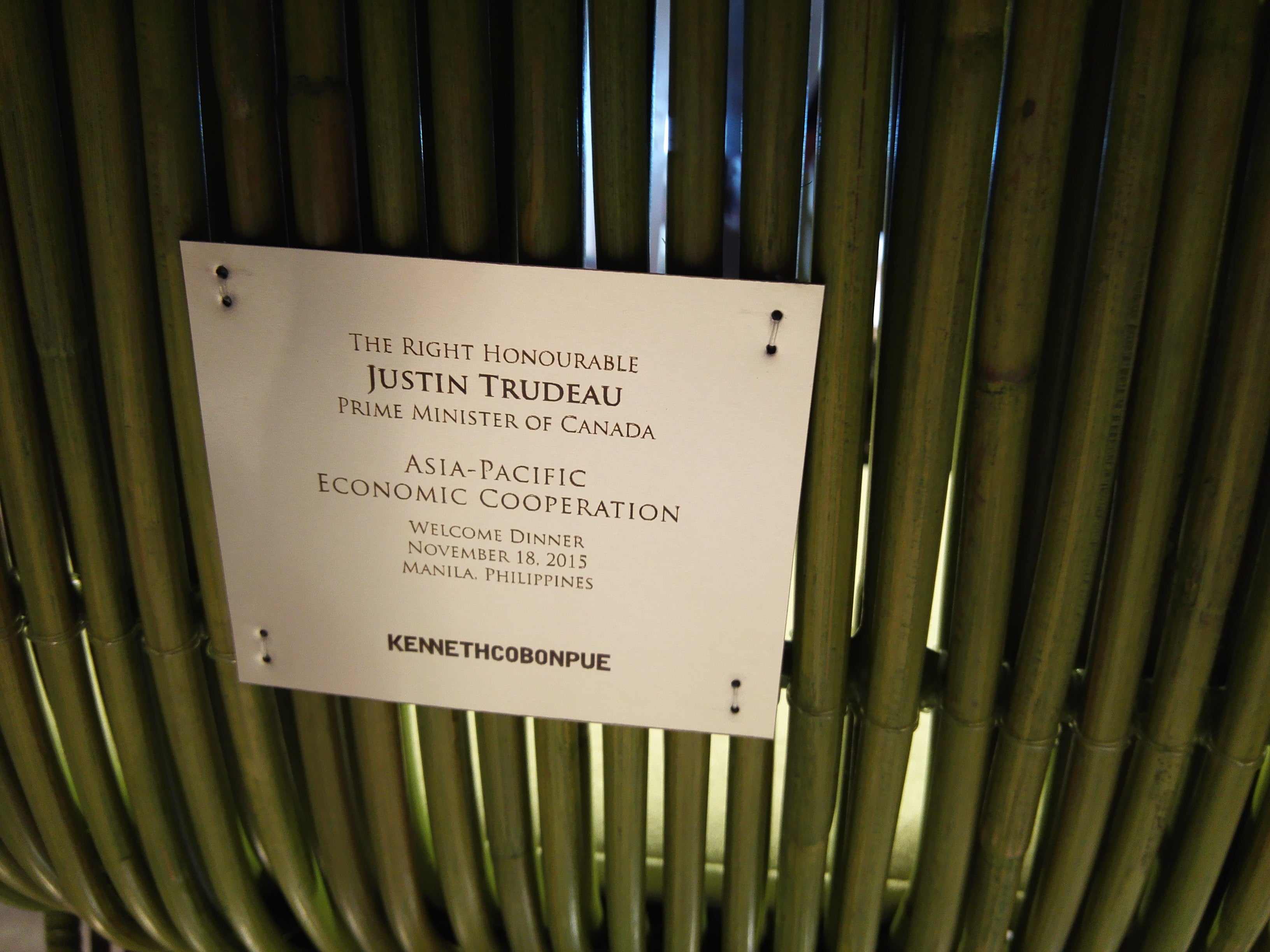 The highest bid, amounting to P2,050,000, went to the chair used by Trudeau who was labeled along with Pena Nieto and Obama as the “Apec hotties.” At the press preview held a week before the auction, Unicef Special Advocate for Children Daphne Osena-Paez predicted that Trudeau’s seat would receive the highest bid. “Also, I’m biased since I am a Canadian citizen,” she quipped.

In his Instagram account late on Dec. 17, Cobonpue thanked everyone for the successful auction, adding that the money raised would “go a long way towards helping indigent mothers and children in the Philippines.” Unicef’s 1,000 Days campaign aims to provide sufficient prenatal and after birth nutrition for babies from the moment of conception.

The record amount raised in this auction alone is almost as much as the three previous auctions spearheaded by Osena-Paez since 2011 and participated in by Cobonpue and other local artists and designers.

Cobonpue initially pegged his swiveling Yoda chairs at P75,000–also the starting bid for each chair.