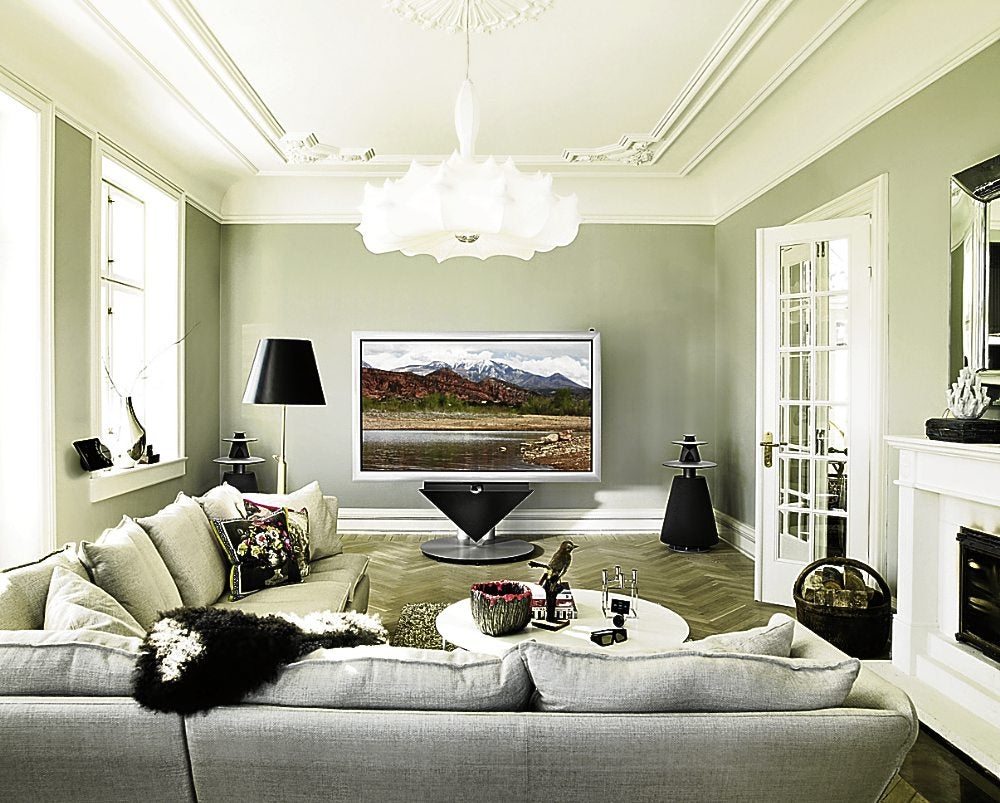 These TV, speakers, earphones are functional art at their finest 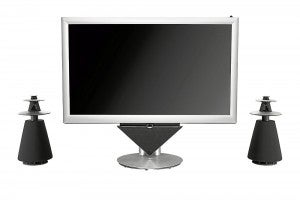 There were so many things running around my mind when I was at the Bang & Olufsen showroom, but the central idea was: Man, I sure know where I’m running to and buckling down when the zombies populate the planet (or where to beg to hang out when I’m bored).

I came face-to-screen with the BeoVision 4’s 103-in 3D TV with a DVD of “Resident Evil” popped in.  Let me tell you, if you are a scaredy-cat like me, you would not want to watch horror movies using this TV. The big screen and the high-definition output makes for some really intense scenes, so much so that a regular episode of “CSI” on it made the show look gory and freakishly scary. Couple that with the BeoLab 10’s crisp, intelligent speakers, and you’re guaranteed nightmares.

For men, I would suggest a screening of the Victoria’s Secret annual fashion show instead; you’ll want to promote your new TV to BFF status after.   The plasma panel is equipped with VisionClear technology, where the television reads the source and automatically calibrates its settings to optimize sharpness and color levels.  Whether day or night, the Automatic Picture Control Sensor takes note of the surroundings’ condition and adjusts accordingly, avoiding discomfort from a too-bright screen.

While most plasma TVs have earned a bad rep due to aging, where some colors “leak,” the BeoVision 4’s best feature comes from a robotic, built-in camera which adjusts the screen’s color balance after every hundred hours of use, guaranteeing color fidelity through and through.

I mentioned earlier that I would not want to be within earshot of a horror movie being projected through the BeoLab 10 loudspeaker, and while this is the stuff of nightmares, the BeoLab 10 is every audiophile’s dream come true.

Handmade and assembled in Denmark, these speakers not only look like art installations, like all Bang & Olufsen products do, but they can pack a sound punch. 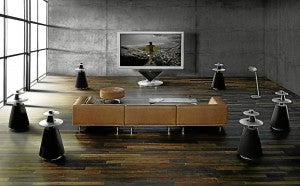 The speakers are equipped with a computer that throws signals around the room, bouncing off against glass windows, the number of people in the room, the floor material, so it knows how to deliver the sound across the room. Indeed, when it starts, it sounds a bit like a deep, underwater sonar, and after calibration, you can tell that it really did get the lay of the land and used it to its advantage with its pitch-perfect sound. We only wish that the computer was intelligent enough not to play our hidden Air Supply songs when guests are around.

As with most Bang & Olufsen products, the speakers are not only gorgeous to the ears but to the eyes as well. The sleek, space-age look is functional art at its finest, and you don’t even have to worry about someone running away with them, because each unit is equipped with a PIN code security system, ensuring that you are your BeoLab 10’s only master.

For those on-the-go who still want to listen to quality tunes while away, the Bang & Olufsen a8 earphones are a study in style and great sound.  The anodized aluminum and rubber in-ear design is adjustable throughout; once you’ve fit it in your ear, you won’t feel it’s there, ensuring comfort for extended listening periods.

It worked really well with my tiny ears, and it was the only pair that I could stand to wear on my ears without feeling the slightest hint of discomfort, unlike other brands I’ve tried. Not only that, it comes in several adorable colors, such that I am sorely tempted to get another in a bright hue just to wear as an accessory. 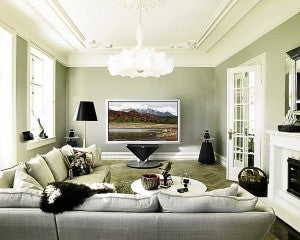 It was during my time at an automated room outfitted by B&O that I was able to watch Charice Pempengco step out from the TV seamlessly to a projector screen that seemed to appear out of nowhere. Thanks to the enlarged viewing canvas, I discovered that Charice has a birthmark (or bruise) on her left arm, approximately four grooves along her armpit, and had goosebumps while singing “All By Myself.”

For those who’ve already invested seriously in a home entertainment center, Bang & Olufsen offers you the chance to live like Tony Stark, thanks to its automation services. Its team of specialists can come to your place and transform your entertainment system into a futuristic hub with one remote control to rule them all—from drapes, projectors, TV, speakers and other players.

Visit Bang & Olufsen Philippines’ showroom at LIC, 2/F, Makati Shangri-La Retail Arcade.  Check them out on the web at http://www.livinginnovations.ph and http://www.bang-olufsen.com.