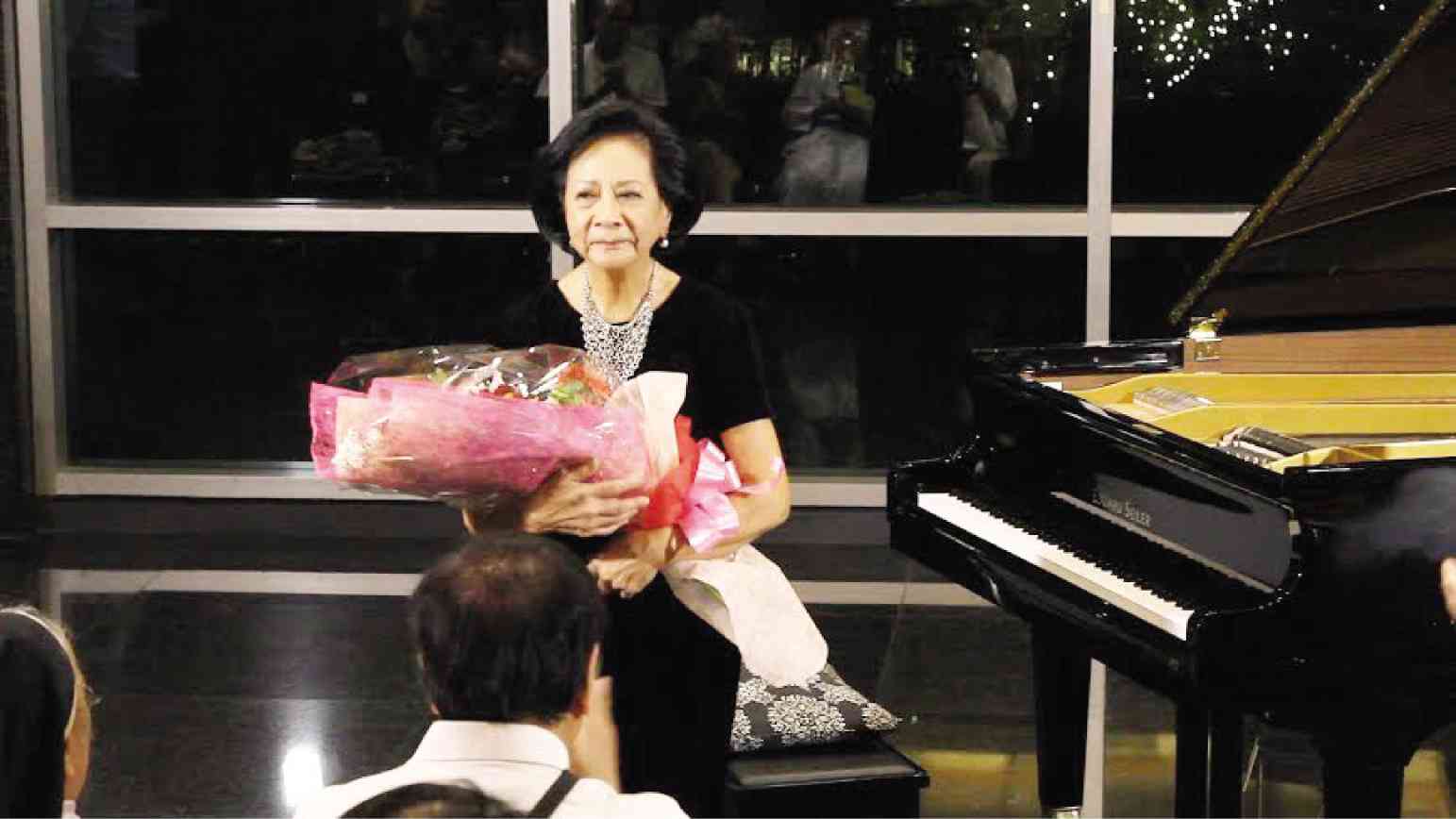 PIANIST Carmencita Sipin-Aspiras recently launched her memoir, “At the Piano and Beyond,” at Ayala Museum. A homecoming recital by the author, who played works of Mozart, Schumann and Chopin, preceded the launch.

The memoir, said the pianist, was a “disclosure of what had gone by before the classical musician steps on to the concert stage to convey the beauty of the great masters’ works to the audience.” She wrote the book to share the “complexities and intricacies” of her development as a person and pianist.

The book revealed how the pianist came to love music so deeply that in her septuagenarian age she still keeps the passion to play the piano, “unearthing music’s beauty and the struggle to bring it to the fore.”

For her, the life of a musician is a privileged one. For at an “ecstatic moment of music-making, musicians come to taste the ‘nectar of life’ and come closer to heaven. And our desire is to take our audience with us in such moments.”

Such belief was articulated in her rendition of the program. It was a feat for her to essay the pieces with keen perception etched in ravishing tone. Breezing through Mozart’s Sonata in C Major K. 309 the pianist showed a finely mature rendition of the piece.

She showed a biting sense of grand pianism in Schumann’s Fantasy in C Major, Op. 16, which was absolutely one of the composer’s best compositions of larger proportions. The pianist’s clarity of line, singing touch, incisive attacks and well-nuanced dynamics ensured ravishing listening. Indeed, this was the high point of her playing.

There was no grandstanding expressed in theatrical mannerism but only an admirable disclosure of sincerity.

She capped the program with Chopin numbers, which the “quality audience,” in the words of pianist Rudolf Golez, well appreciated.

One commends the pianist for taking interest in playing miniature Philippine piano pieces, many of which are seldom heard now. Listening to some of them brought about a whiff of nostalgia as one recalled hearing them in intimate family gatherings in the province to celebrate special occasions, or simply entertain guests.

At one point, the pianist invited the audience to be near the stage to achieve intimacy. But her eloquent tone, which she essayed with brilliant projection was heard throughout the hall. Her sense of balance was impeccable, and the voicing well etched.

Some of the works were folksy, directly quoting a phrase or so from the folk songs, or, if not, exuded subtly the essence of folk music. Others mimicked dispositions of European composers like Chopin, while some were scored in familiar forms such as the danza habanera, and the like.

Some works of Buencamino Sr. such as “Damdamin” (Feeling) “Kayumanggi sa Kadalagahan ng Akino” (The Maidens of Akino) and “In the Orient” revealed emotive folk sentiment.

Nakpil was dubbed the Musician of the Revolution. He also wrote lovable danza habaneras such as “Recuerdos de Capiz” (Souvenirs of Capiz). Here the pianist opted for a faster tempo over the undulating, slower tempo local performance practice had set.

The familiar “Sampaguita” by Dolores Paterno and “La Bella Filipina” by Ignacio Massaguer did not fail to allure.

Offstage, UP College of Music dean José Buenconsejo said the pianist would record some of the pieces, and printing of the scores would be done soon and will be made available to the public.