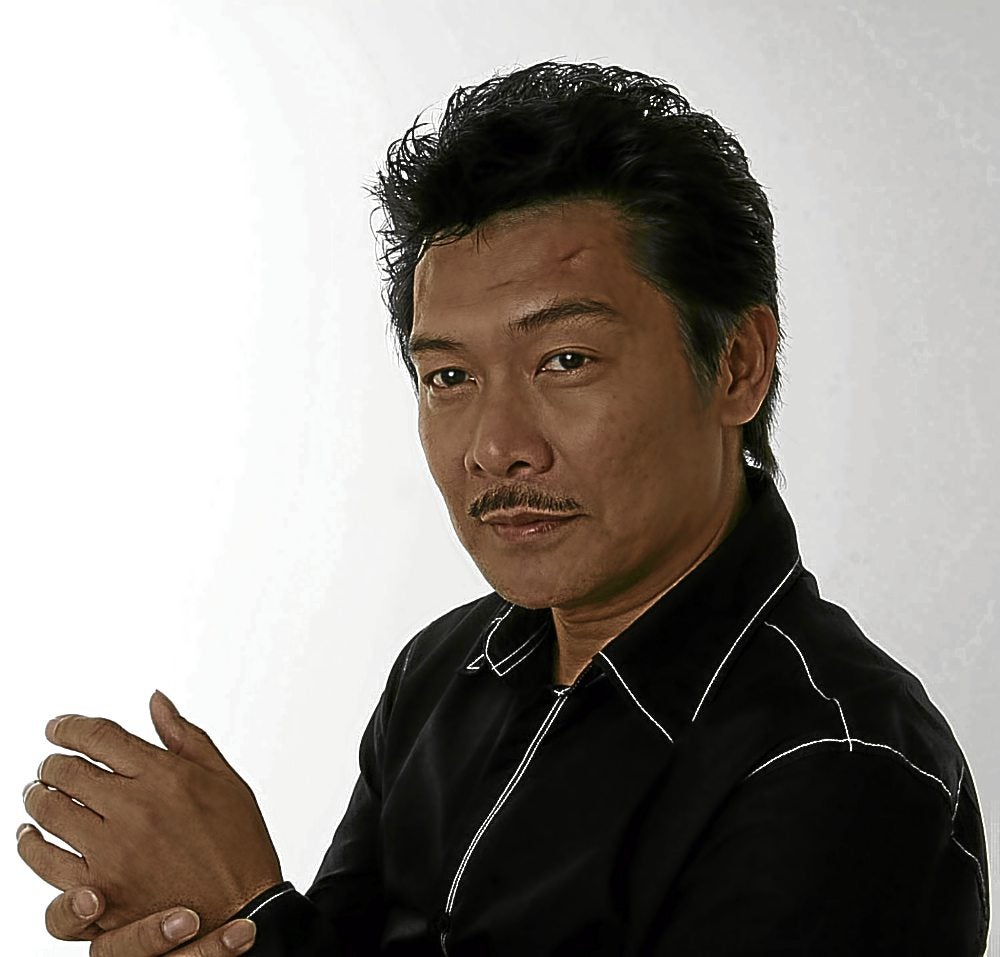 We were among the 800 who’s-who and who’s-that who were mesmerized by the bold colors which dazzled the runway during the just-concluded Samsung Metrowear Icon fashion show, featuring the creations of Los Angeles-based designer Oliver Tolentino at Harbor Tent, Sofitel Philippine Plaza Manila, dahlings.

Inspired by the glamour of Old Hollywood, Oliver T. presented his over 75-piece couture collection made especially for this grand show. He utilized vibrant colors and his signature intricate details and finishing. He also showed a line of uniquely suit-cut barongs with built-in camisa chinos, wow!!

He created about half the Metrowear Icon collection out of our very own native fabrics—piña, abaca, and raw silk cocoon dyed in vibrant colors. 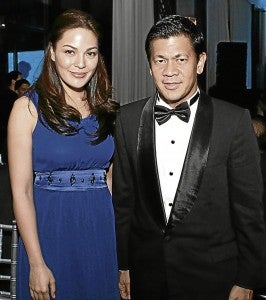 Kuh had the chic audience cheering and applauding her as she glided on the ramp with her trademark air of confidence, attitude and flair, palanggas.

Directed by multitalented Robby Carmona, the show opened with Tutay Maristel, Oliver T.’s muse who opens all his shows abroad. She jetted in just for the show.

The show was professionally hosted by Metro and Metro Society mags of ABS-CBN Publishing, led by API head Ernie Lopez. 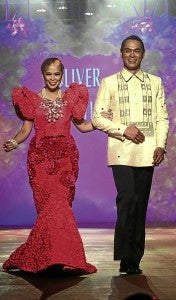 Metrowear ambassadors were Kaye Tinga, Bettina Osmeña and Audrey Tan-Zubiri, who was with Miguel Zubiri, palanggas.

Other VIPs: Karen Pamintuan, Bibing Montelibano Villanueva, Girl Villarreal and Maricor Velez, with her daughter Christina Lopez; Frances Lim and Mark Higgins; Louis Vuitton’s Vanessa Mayuga-Santos; and Rima Ostwani soloing it and happy, “no regrets at all,” after her breakup with Diether Ocampo. “We are still the best of friends, which is better,” she told me, dahlings.

“Samsung Metrowear Icon: Oliver Tolentino” was the second presentation of the year of the popular fashion series of Metro magazine.  Thanks to Samsung, naturellement, and media partners Lifestyle Network and Velvet. 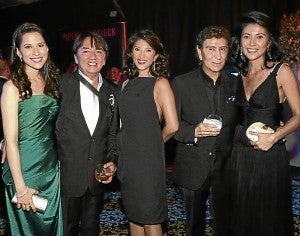 The Philippine Marketing Association gives out the Agora “to honor companies for their exemplary achievements in the marketing profession.”

The recognition is an awesome milestone for the Century company, as no less than the chair and founder, the low-profile and seldom photographed taipan Ricardo S. Po Sr., and his son Chris Po, president and CEO of Century, accepted the award, dahlings.

“This award has brought honor and prestige to our company, and receiving it is a humbling experience, since it reminds us of constantly finding new ways to bring healthy, delicious seafood-meal solutions to our consumers, as a testament to its solid reputation built for over 30 years.”

Making the night more memorable was TV host and Century Tuna celebrity endorser KC Concepcion, who paid tribute to CCC. She said she was thrilled to meet Ricardo Po Sr. for the very first time, which had Po saying: “I know your mother, she used to call me ‘tito.’”

The Agora award for Marketing Company of the Year was the second prestigious recognition received by CCC this year.  Earlier, the Readers’ Digest Platinum Award was given to CCC as “Most Trusted Tuna Brand for its pioneering product, Century Tuna.” 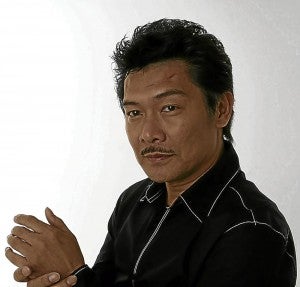 David, winner of London’s Best Jazz Vocals, is returning home to sing for an intimate audience of only 200, after three years living in Los Angeles.

His pal Mel Villena and the masters of jazz at AMP Band will rock you out of your seats, palanggas.

Proceeds of the concert will go to Young Musicians Development Organization (YMDO), a nonprofit organization that cultivates and nurtures the next generation of wonderful Pinoy musicians.