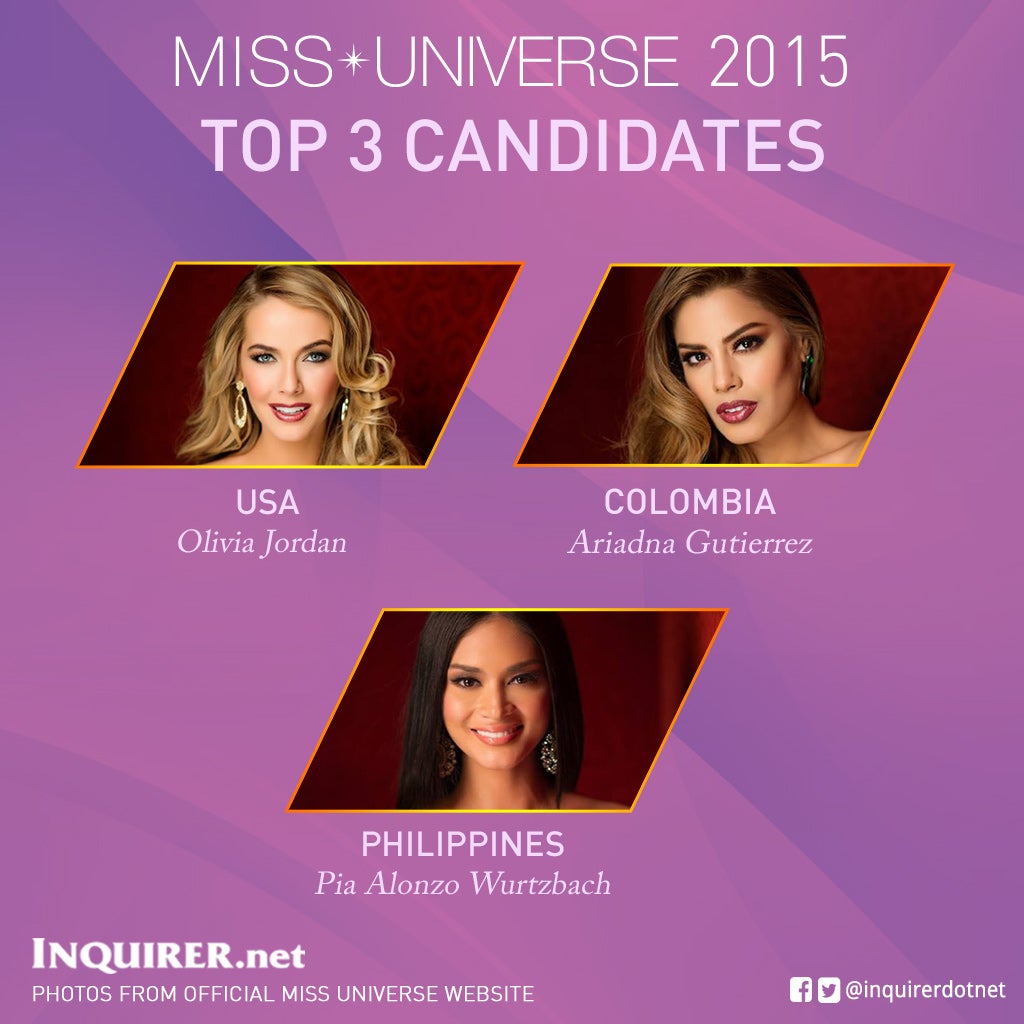 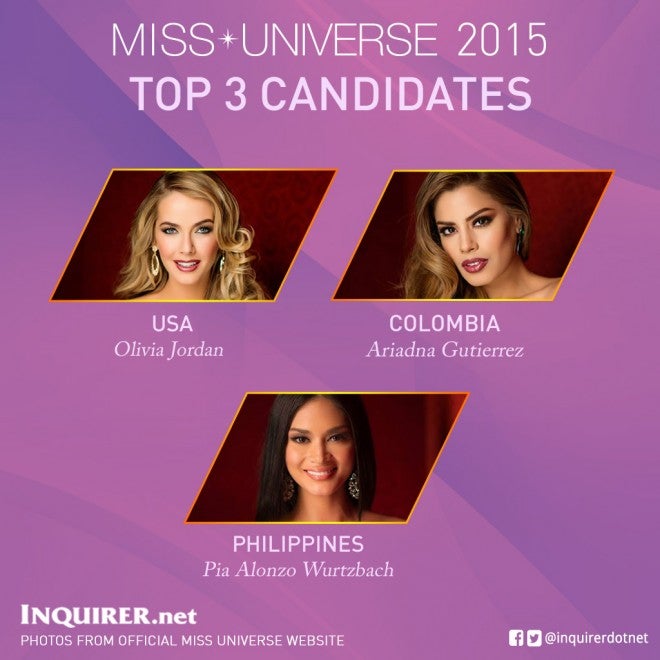 It all boils down to three candidates.

Pia Alonzo Wurtzbach, the Philippines’ representative, has secured a spot in the Miss Universe 2015 top three during the coronation night held Monday (Sunday, US time) at Planet Hollywood in Las Vegas, United States.

Wurtzbach was the first candidate to share her piece in the most-awaited question-and-answer portion of the pageant.

Wurtzbach was the last candidate to be called into the magic circle of three.

The Philippine beauty answered the question: “Do you think the US should have a military presence in the Philippines?”

Miss Universe Philippines said that US and the Philippines has always had a strong relationship with each other, citing the latter’s influence in the country’s culture.

The candidates were given 30 seconds to answer each question, which touched on burning issues in their countries: terrorism in France, legalization of marijuana in Australia, illegal drugs in Colombia, and gun ownership in the US.

The competition started with 80 candidates vying for the crown. AJH