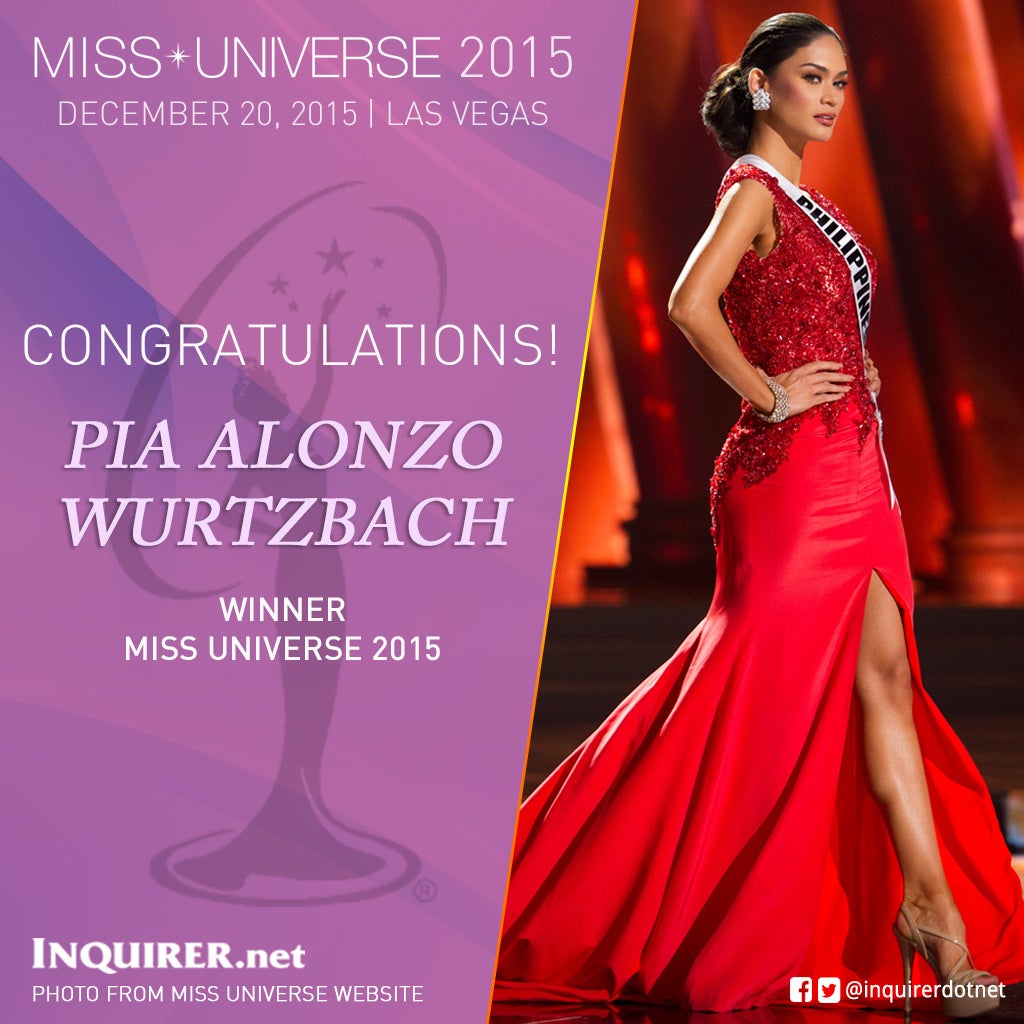 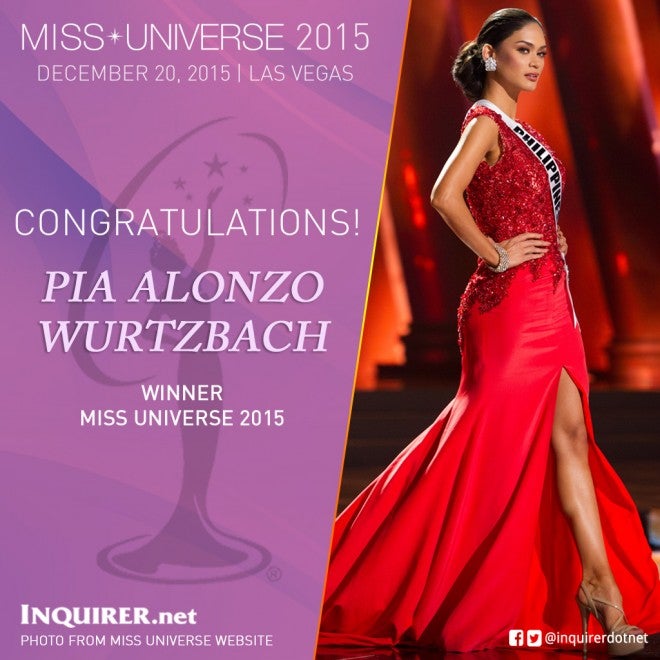 Ending a title drought of 42 years, the newly-crowned Miss Universe is a Filipina.

Wurtzbach bested 79 other candidates to get the crown.

Before the announcement, host Steve Harvey made a mistake and announced that Miss Colombia Ariadna Gutierrez is new Miss Universe, and Wurtzbach was first runner-up.

Wurtzbach already thought she lost the crown to Colombia, which would have won back to back, until the host came forward to apologize.

The show’s organizers even flashed the result card from Ernst and Young to the audience.

Wurtzbach was in shock while already comfortably standing beside third placer Olivia Jordan, taking minutes to get to the front, where a shocked Gutierrez stood.

Even Miss Universe 2014 Paulina Vega went back onstage to correct the results, but the telecast ended before she could do so.

Harvey took responsibility for the mistake.

Before the announcement of winners, singer Seal performed as the top three candidates took one last walk in the Planet Hollywood stage.

All the candidates answered the question: “Why should you be the next Miss Universe?”

Miss USA Olivia Jordan was the first candidate who answered the question because she wants to empower women all over the world.

Miss Colombia Ariadna Gutierrez was second, where she said that she has certain qualities that only a Latin woman have which makes her a shoo-in as the third Colombian to win the crown.

Miss Universe Philippines was the last candidate to answer the question.

Wurtzbach said that she wants to lend her voice to certain causes such as HIV/AIDS awareness and youth issues.

“I want to show the universe that I am confidently beautiful with a heart,” she said.

The Philippines last took home the crown in 1973, courtesy of Margie Moran. It was a short wait after the first victory of Gloria Diaz in 1969. IDL