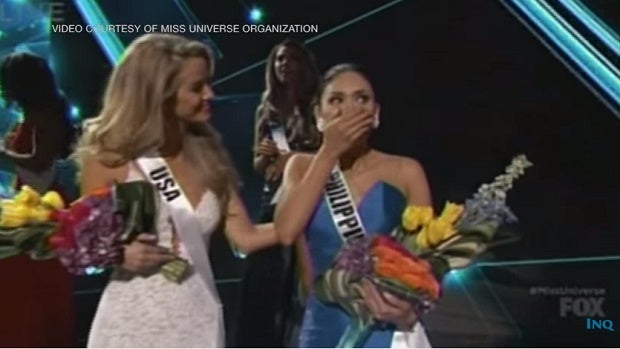 Philippines’ bet Pia Alonzo Wurtzbach’s victory on Monday (Philippine time) in the Miss Universe 2015 pageant seemed like a scene straight out of a movie.

Due to the mistake of pageant host Steve Harvey, Miss Universe Colombia Ariadna Gutierrez was mistakenly crowned as the winner, only to be rectified minutes later during the live coronation night.

Confusion ensued and a visibly shocked Wurtzbach cupped her hand in disbelief before she slowly stepped forward to be crowned.

Wurtzbach, a Filipino-German from Cagayan de Oro, is the third Filipina to win the Miss Universe pageant after a 42-year dry spell. AJH