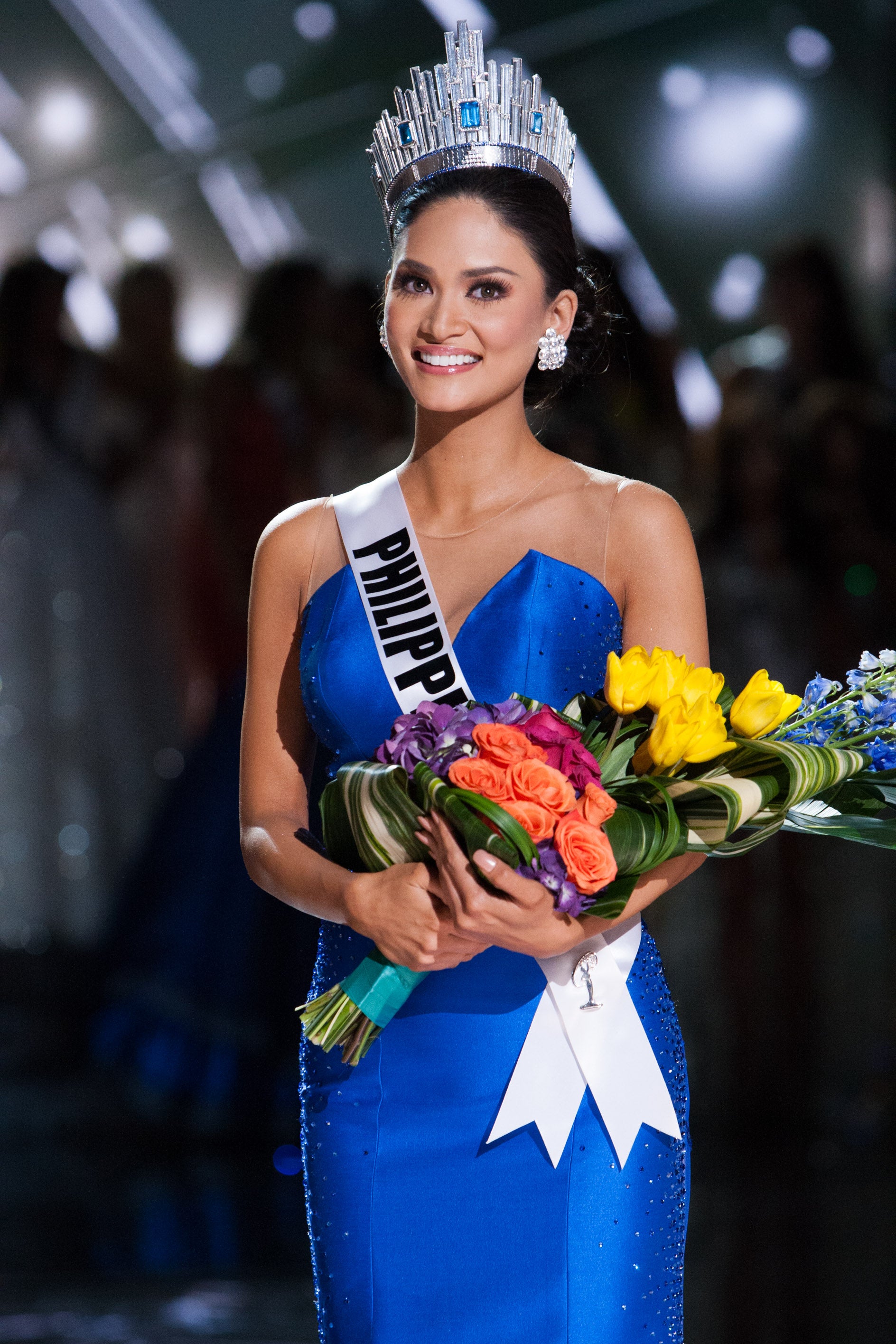 Even her crowning did not come easy.

For two minutes, Pia Alonzo Wurtzbach was led to believe that she had lost in the Miss Universe 2015 pageant, echoing what has happened to Filipina candidates again and again these recent years—always the runner-up, never the queen.

But host Steve Harvey took the mic again, owned up to his mistake and changed Pia’s destiny. “Okay folks, uh, there’s… I have to apologize. The first runner-up is Colombia. Miss Universe 2015 is Philippines.”

It took Pia three attempts to win the Miss Universe Philippines title at the Binibining Pilipinas competition, finally getting the chance to represent the country in her dream pageant. “I’ve had a taste of defeat. When you’ve had that, you come to a point where you want to try again but you’re so relaxed because you know you have nothing to lose, you’re prepared for anything. You’re prepared to win, obviously, that’s why you joined but you’re also prepared to not make it,” she told Inquirer Lifestyle in a previous interview.

She said her competitive nature first came out when her parents separated when she was nine years old. “I felt like I needed to prove myself in a way. My dad was very strict, lagi niya ako pinapagalitan sa grades ko. He wasn’t happy with line of eight. He wanted line of nine but I never got line of nine. Nung naghiwalay sila and I was left with my mom, siguro dun nanggaling yung, “I’ll show you line of nine.”

Her parents’ separation had a huge impact on her life. “It was just my mom taking care of me and my sister. Tatlo kaming babae. I became the breadwinner of my family. I was paying for everything through my acting and modeling while studying.”

It was also her parents’ relationship that awakened her passion for empowering women. “It’s my advocacy, really. When my parents separated, I used to see how my parents would fight in front of me and I didn’t like it, I didn’t like how he treated my mom. I’ve also been in a relationship where I was held back from what I really wanted to do, where I was being held back from my potential.”

Pia was never the pampered princess. “I’ve also been a victim of discrimination and racism because I was a Filipino in England. I had a hard time getting a job in the kitchen because I’m a girl. I’ve experienced relationships na parang minamaliit yung babae. I don’t like that. That kind of pushed me to try what guys do. Why do I have to listen to you guys? I can do whatever I want. And I hope that’s the kind of message that I send to other girls too. That you can do whatever you want. You don’t have to hold back.”

She added, “I don’t understand the concept that women kinda wait for a prince charming or a knight in shining armor to come along and save us and give us the happily ever after. Come on! It’s nice to have a companion who would be supportive, I appreciate that. If a guy ever comes along and supports me and inspires me and motivates me then I welcome that, I am open to that, that would be great. But I don’t want to be defined by who I’m dating, who I’m with. That’s blank’s girlfriend. Hey, I have a name, and I have a job, okay? And I do stuff outside of the relationship. Dapat ganun naman eh.”

Her pageant dreams began as a child, when she would see beauty queens on TV. “I always enjoyed watching it as a kid. My mom and I would watch and I’d think, “Wow, they’re so beautiful and they’re so smart.” You idolize them. Miriam Quiambao was one of my favorites. Charlene Gonzales, oh my gosh. When I first saw her in person, I was first runner-up in 2013. She interviewed us and I was the only one without a crown. Sabi nya sa akin, “You should join again because I think you deserve a crown.” She said that on air. Also, one time, I was going to park my car at ABS-CBN and biglang lumabas si Melanie Marquez… When I see them I want to go to them and introduce myself. I have that urge… parang, can I get your blessing please?”

She devoted many months of her life training for the Miss Universe pageant, working out every day and making sacrifices, the biggest of which, she said, was time. “I don’t have much time for family anymore. Even friends. I can’t commit myself to hanging out with everybody because there’s no time. That’s one sacrifice I had to make. Another is the dieting and food. I love food, I’m not gonna lie. But I have to put that on hold for now.”

One thing Pia wasn’t worried about was the question and answer segment. “You don’t have to be formally educated to be able to answer these questions. It’s not rocket science, di ba? They’re vague and basically what it calls for is for you to go to your core… These are questions you should be able to answer in a casual setting…The challenge is how to make it witty and how to come off really charming and how to come up with original answers. It becomes more difficult when they ask questions that are more specific like politics, religion and your stand on certain issues. But I like that. It’s a challenge. As I started training, I realized, kaya ko naman pala sagutin. I don’t have to be afraid of the questions unless they give me mathemetical questions, then I will have a difficult time,” she said, laughing.

The day she signed her application papers for the Miss Universe pageant coincided with her father’s death anniversary. Albert Almendralejo, a fan who flew to  Las Vegas to watch the competition said, “She had a premonition that her dad will help her win the crown. She would like to offer her crown to her family and her close friends who became her second family in the Philippines as her mom and sister are both in the UK.”

Pia wants to inspire other girls. “Kahit sabihin natin hindi beauty queen ang dream mo, if you want something, you have to keep trying, you have to be stubborn with your goals but flexible with your methods. Take every chance you can because you never know. And once you’ve been given that chance—it could be a job, an opportunity to go abroad or to graduate or masagot ka ng nililigawan mo, it could be anything. But when you get it, huwag mong kalimutan all the sacrifices you had to make to get there. Don’t take it for granted, don’t waste it. Remember all the things you had to go through to get that. Don’t rub it in, but just remember so you’re humbled by it.”

Pia left for the pageant excited to meet the other contestants and determined to make the country proud. “During Miss Universe finals night I’m not there as Pia Alonzo Wurtzbach, number 10 of Binibining Pilipinas, I’m there as Miss Philippines… The other girls, the ones before me, they placed really well. Hindi naman sa I’m competing to just be a good representative, at least, at the very least, make it to top five.”

And when Floyd Mayweather beat Manny Pacquiao in May, she posted a tweet that turned out to be prophetic: “Kalma lang guys. Ako bahala. Babawi tayo sa Miss Universe!!”