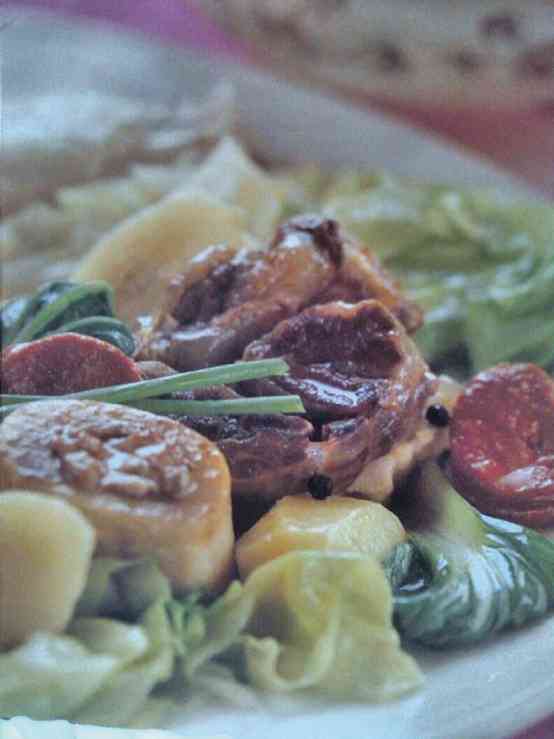 JOSE Roly G. Marcelino of the Malolos Tourism Arts and Culture section remembers the simbang gabi of his youth in the 1970s.

He recalled that he and his siblings would go to bed early, already dressed in their damit pangsimba.

At 3 a.m. would come a festive wake-up call: a local brass band marching around, beckoning the townsfolk for Misa de Gallo.

“We could not understand the psalms and hymns of ‘Kyrei’ and ‘Gloria’ that the priest and choir would sing, as the Mass was then said in a mix of Tagalog and Latin,” said Marcelino.

Standing outside the chapel, he and his brothers and sisters would munch on popcorn and bichu (churros in a brown bag with Klim and sugar that the vendor would vigorously shake—to coat the pastry in sweetened powdered milk—before it was handed over).

After the Mass, the kids would go inside the chapel to put dayami in the manger.

“We were taught by our religion teachers that one dayami is equivalent to one act of charity or goodness,” Marcelino pointed out. “Come Christmas Day, Baby Jesus would be resting on that dayami of goodness.”

His gustatory adventure would begin on the journey home from simbang gabi as the streets were lined with food vendors.

The Marcelinos would typically start the day with a hot bowl of goto, glutinous rice porridge with tuwalya, isaw, cubes of pig’s blood and kasubha.

Other vendors would add achuete that gave their goto a vibrant, orange hue.

Special bibingka topped with slices of salted eggs and cheese, and puto bumbong would complete their meal.

Afternoons were spent decorating the guava tree in their yard. The Marcelino brood would tediously pluck the leaves and replace them with cotton balls that were glued one by one, to resemble snowballs.

They would then hang old Christmas cards and balls, while eagerly awaiting their repast of either bichu or buchi (flat, disk-like rice cakes filled with sweetened mongo).

While the younger generation adorned the Christmas tree, the grownups were preoccupied with the making of the kampil—coconut fronds made into small containers for suman sa ibos.

The kampil was made in the afternoons, three days before the bisperas ng pasko. It would be filled with a scoop of glutinous rice, fermented overnight in coconut milk, anise and salt.

The suman sa ibos would be arranged in an old can of cooking oil submerged in water, covered with more coconut fronds on top. It would be cooked in a makeshift “tungko stove.”

Tawas was added to the pot so as not to discolor the suman once it was cooked.

The suman was relished with a mix of sweetened beans and halayang ube. A more sinful option would be to have it with leche flan and colac.

While waiting, the children would hang their socks outside the house, by the window, in anticipation of the arrival of Santa Claus.

They would also watch the panunuluyan—a procession of the images of Joseph and Mary around the barrio, stopping by three houses that represented the inns in Bethlehem that refused to give them shelter.

The reenactment would end in church, in time for Misa de Aguinaldo.

In remote areas such as Matimbo, where Marcelino is from, noche buena is not a tradition. In its place was early Christmas breakfast, eaten before one went to church on Christmas Day.

The menu would consist of tinolang manok na Tagalog with blood cake.

Mario Miranda, Marcelino’s officemate, related how tinolang Tagalog is made. Coming from a family of farmers, he considered tinola a special treat. Miranda’s grandmother, Erlinda, would make it with native chicken grown and raised in their backyard.

The blood cakes made the tinolang Tagalog different. They were made by putting raw rice grains on a plate; the rice should be as flat as the plate.

When the chickens were slaughtered for the tinola, their blood from the neck would be saved and poured over the rice. The rice grains should be submerged in blood. Too little would cause the rice cake to crumble while cooking.

Given a few minutes to set, the blood on the rice cake would coagulate. Then it would be cut into approximately one-inch cubes.

To cook the tinola, a pot was heated and slices of ginger, garlic and onions sautéed in little oil. Chopped-up pieces of chicken were added and gently stirred.

Once the blood cakes were done, water would be added with green papaya. When the chicken pieces were already tender, the dish would be seasoned to taste with salt. Before serving, dahon ng sili was added.

The family usually would feast on either tinola or Nilagang Pasko—consisting of leftover beef, chicken and pork.

The trimmings would be boiled together with potato, cabbage, young corn, leeks and onion. It would be seasoned with salt and pepper.

This dish would be made delicious with the addition of thin slices of Chinese ham or Jamon de Funda (called such since Chinese hams look like pillowcases).

The tinola and nilaga were paired with balisungsong na kanin—steamed rice washed with oil and salt wrapped in cone-shaped banana leaves.

After Mass, the Marcelino kids would go visit their ninong and ninang and head home for lunch where they would enjoy a meal of specially prepared do-re-mi—menudo, embutido, rellenong bangus and michado.

Marcelino said he could not help but miss the Christmases of his childhood.

It is called suman sa ibos (nipa frond) or suman sa palaspas (coconut frond), depending on the leaf.

Mix the ingredients and soak overnight.

Tie with balangot (reed from the river).

Cook in a pot filled with water and tawas for 3 hours.