After the beach and ‘bagnet,’ a dose of culture in Ilocos Norte | Inquirer Lifestyle ❮ ❯ 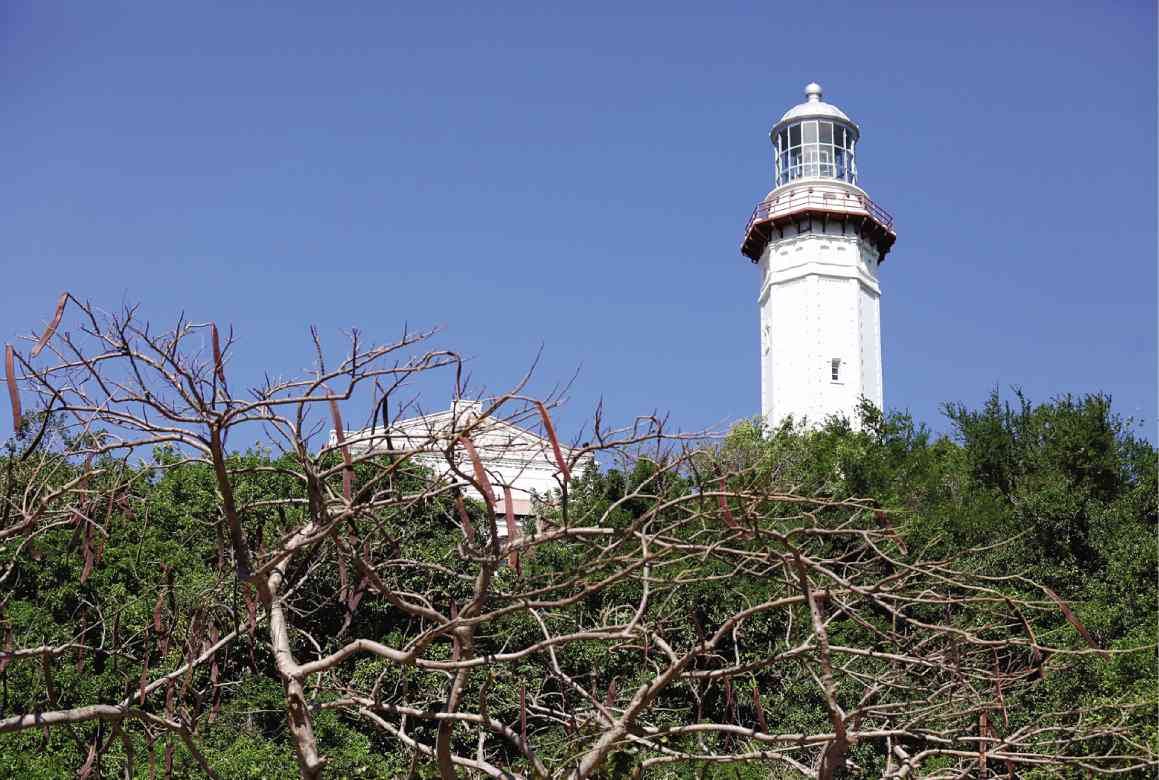 THE PAVILION at the foot of Cape Bojeador Lighthouse in the town of Burgos has been converted into aminimuseum.

After the beach and ‘bagnet,’ a dose of culture in Ilocos Norte

When we were younger, we would spend Christmas and the summer holidays in my mother’s hometown of Laoag, Ilocos Norte. The trip—always by bus and often at night—took over 10 hours, although we hardly noticed it since we spent most of the time asleep.

While there, we would visit with relatives, go to the beach and sometimes take afternoon calesa rides where we argued over who got to sit up front with the cochero.

We were happy with this idyllic holiday setup. Friends, classmates and even officemates, however, would ask what we did there for weeks at a time; the thought of a 10-hour slog was too much to bear and certainly not worth their time. But now, with daily hour-long flights to Laoag International Airport from Manila, making the trip has gotten much easier.

The sustained efforts of the provincial government to boost tourism numbers have also resulted in more attractions beyond the beaches and bagnet (pork crackling). It has also created more jobs for locals.

Credit for this goes to Ilocos Norte Gov. Imee Marcos and her team, who believe in inclusive growth.

“We have farmers and fishermen who earn extra money by acting as tour guides for visitors. Tour-guiding is now a career,” Marcos told Inquirer Lifestyle in an inclusive interview.

“We often run out of bagnet and inabel (loom-woven fabrics) now because demand outstrips supply. Visitors want to buy pasalubong for their friends and family, and souvenirs for themselves.”

During Apec 2015, friends of the governor who were in Pampanga at the time decided on the spur of the moment to get as far away from traffic-choked Manila as possible.

“They ended up in Laoag with no hotel reservations and had to come to our house so they could freshen up and rest a while. The hotels were all fully booked at the time,” she said.

Apparently, their efforts to boost tourism with festivals, parades, tours, and now museums have resulted in a rise in tourist arrivals, with over 60 percent identified as returning guests.

Marcos says this is a “happy problem,” because there was a time several years ago when the number of chartered flights bearing Chinese casino goers started to taper off. Nonplussed, she and her team geared their campaigns like “Paoay Kumakaway” (Paoay is waving) toward local tourists instead of setting their sights on foreign visitors.

The strategy worked, and people soon began arriving. Now they are dealing with lack of infrastructure.

“We really need to build more hotels and inns because that is what we lack. One time, we converted a school in the beachside town of Pagudpud into basic accommodations for backpackers. We even attempted to convert a hospital into a hostel but that didn’t work out too well; people imagined ghosts lurking in the corners and the hallways,” she said.

Some might think haunted places shouldn’t be attractions, but a few years ago, Marcos spearheaded an ar-arya (ghost) festival that she timed with Halloween and All Saints’/Souls’ Day. The first time it was held, there was a parade around the city with makeshift coffins containing “cadavers” that popped out every so often.

“It’s now one of the most popular festivals here in the Capitol. Our Halloween-themed events last longer than a week,” she said.

Last month, she opened three museums one after the other. The one in the northern town of Burgos near Pagudpud is housed in the pavilion at the foot of the Cape Bojeador Lighthouse.

The rooms lining the hallway used to be shut but are now open to the public. At the time of our visit, they were sparsely decorated with low wooden furniture, including four-poster beds by the windows. One room is filled with items that were once used to run the lighthouse, perhaps the most striking in the area.

In the town of Dingras, the Josefa Llanes Escoda Museum, is now also known as Balay Dingras or Dingras house. The upper portion, with an open wall that looks out into a covered space, has been cleared and designed to look like a (very big) turn-of-the-century living room complete with piano, altar and several sitting areas.

Downstairs, printed tarps illustrate the importance of rice to the town, which is known as the “Rice Granary of Ilocos Norte.”

The third, the Taoid Museum, located a stone’s throw away from the Laoag Provincial Capitol, is the one that is truly worth visiting. Known officially as Taoid: A Museum of the Cordilleras in Ilocos Norte, the museum focuses on the ancient trade relations that Ilocanos had with the different tribes from the Cordilleras, whose culture and belief systems share many similarities.

The two-story museum that was curated and conceptualized by director Floy Quintos is divided into several sections, with glassed-in displays of authentic historical items on loan, many of which are from avid collectors like Marcos. There are also some artifacts that visitors can touch and inspect, a feature that parents with inquisitive school-aged kids will appreciate.

Museum guide Stella Gaspar took us through the seven sections: In the Home in the Village; In the Fields; Symbols of the Masculine and the Feminine; Leadership and Wealth; Warfare, Headhunting and Vengeance; One with the Ancestors, in Healing and in Death; and A Continuance.

As we walked through the museum, we began to form a fuller, more vibrant image of the connection shared between these geographical neighbors—one that exists up to this day.

Marcos says the museum would be a good place for tourists to kick off their trip if they plan to visit the other, more far-flung towns of Ilocos Norte where descendants of these Cordilleran tribes have settled and have lived in for many years.

“There is still so much to learn, see and experience here in Ilocos Norte,” she said.