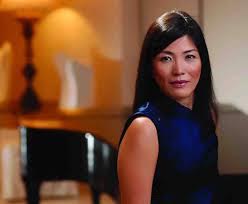 Licad and prize-winning cellist get standing ovation in North Carolina

Recital was part of the Asheville Chamber Music series, which opened with Beethoven’s Cello Sonata No. 3, Op. 69.

American critic Jason DeCristofaro noted that the opening piece proved an excellent showcase for both musicians: “Hoffman captured the expansive six-measure cello solo with all the bravura one would expect of a soloist. When joined by Licad’s soft and delicate countermelody, something became immediately apparent—both artists, while consummate solo performers, were also two keen listeners who had developed an almost telepathic musical connection. Both Hoffman and Licad exhibited synchronized precision throughout all three movements and captured the stormy and relentless rhythms of the sonata with a passionate intensity that would have made Beethoven proud.”

The critic singled out Licad’s interpretation of “Alborada del Gracioso” from Ravel’s “Miroirs,” which he noted as a kaleidoscope of musical effects.

“Licad captured each mood with exceptional attention to detail,” said DeCristofaro. “She maintained the syncopated 6/8 ostinati throughout the movement with a rhythmic vigor similar to her performance of the Beethoven earlier in the night. Her rendition of the cascading pentatonic runs on the second half of the movement was executed with the gracefulness of a harpist. It is a joy and a privilege to hear a pianist who can evoke so many textures and timbres from a single piano. One could see how immersed Licad was in her performance, her dramatic gestures reinforcing the wide variety of articulations and colors she extracted from the piano.”

The critic further noted that the Rachmaninoff Cello Sonata, No. 19 was the gem of the evening. “Hoffman and Licad were of one mind in the first movement, displaying tight rhythmic accuracy without sounding metronomic. Both performers engaged in a symbiotic rubato during the Lento section, never losing the underlying pulse. Almost miraculously, both artists created the illusion of time suspended, without abandoning their respective rhythmic duties. Licad’s dynamic range was enormous. Her softs were like whispers, and her execution of Rachmaninoff’s notoriously stacked chords shook like thunder. Hoffman displayed his most tender voice of the evening on the cello, gliding across the strings with a beautifully weeping sound. The final movement was especially mesmerizing, as Licad deftly navigated the melody amidst the oscillating major and minor harmonies. Her graceful touch on the piano shimmered besides Hoffman’s heartfelt rendition of the theme.”

After the standing ovation, the piano and cello duo obliged with two encores: the second movement of Prokofiev’s Cello Sonata No. 5 and the third movement from Chopin’s Cello Sonata in G Minor.

“The almost jocund march-like rhythm and conjunct melody of this selection provided a refreshing contrast to the sweeping, almost symphonic grandeur of the Rachmaninoff,” wrote DeCristofaro.

Licad will be heard anew in an intimate solo performance at (Le) Poisson Rouge, 158 and Bleecker Streets in New York on Jan. 20, 2016.