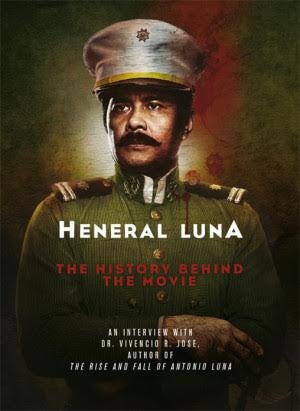 BOOKS were big in 2015, with Filipinos visiting bookstores and buying titles at a healthy rate. Coloring books sparked a buying frenzy for both the black-and-white books and coloring tools.

The year saw Filipino readers being visited by foreign writers such as Matthew Quick and Meg Wolitzer. A youth library rose in Tacloban, thanks to National Book Store and Mitch Albom. Celebrities greeted readers with many beauty and lifestyle publishing projects.

But 2015 was biggest for fiction as books of its many forms—short stories, thrillers, romance, fantasy, science fiction, among others—overpowered readers. All this is testament to the fact that Filipinos are enjoying reading books more than ever.

Here are the Inquirer’s selections for best books published in 2015 arranged alphabetically by title:

1)   “Animorphia: An Extreme Coloring and Search Challenge” by Kerby Rosanes (Plume): The year 2015 was huge for coloring books, and there was no coloring book more popular or influential as “Animorphia,” a title by a Filipino wunderkind published by a foreign company. Rosanes’ intricate designs led the way for a galaxy of coloring books and made him an international publishing phenomenon.

2)     “The Girl on the Train” by Paula Hawkins (Riverhead Books): In the wake of glowing comparisons to Gillian Flynn’s “Gone Girl,” Hawkins managed to pull off an addictive plot that, if anything, had a twist that was more audacious than that from “Gone Girl.” A motion picture adaptation starring Emily Blunt is coming soon.

3)     “Halina Filipina” by Arnold Arre (Nautilus Comics): Comic book master talent Arre is both writer and artist on “Halina,” the first time he’s served as both since 2008. A love story set against a crash course in everyday Filipino life, “Halina” is as charming as it is insightful, with Arre proving he’s at the top of his game.

4)     “Heneral Luna: The History Behind the Movie; An Interview with Dr. Vicencio R. José, ‘Author of The Rise and Fall of Antonio Luna’” (Anvil Publishing): This may be a small book, but it has a huge pedigree. The historian José provided much of what went into the heart and mind of Jerrold Tarog’s blockbuster film “Heneral Luna.” The film made viewers want to know more about Antonio Luna, and this accessible, informative book was the right package.

5)   “In the Country: Stories” by Mia Alvar (Alfred A. Knopf): In a year of many good short story collections, Alvar’s debut wowed readers with the elegance of its prose and the edginess of its ideas. The nine stories in this inventive collection glow with purpose and polish, particularly tales like “Esmeralda” and the titular story. “In the Country” is a must-read.

7)     “News Hardcore! Hukbong Sandatahan ng Kahaggardan!,” by Manix Abrera (Visprint, Inc.): Life as a journalist has never been funnier or more thought-provoking in this first-ever collection of Abrera’s online cartoon strip. Presented in a pretty package with glossy, full-color pages, “News Hardcore!” is 100-percent Abrera-style madness with its hilarious and self-aware send-up of the foibles of reportorial life.

8)     “Panaderia: Philippine Bread, Biscuit and Bakery Traditions” by Amy A. Uy and Jenny B. Orillos (Anvil Publishing): “Panaderia” is the definitive guide to all of our bread and the history built around it. Uy and Orillos have traveled far and surveyed much in order to celebrate and study why we love bread. In “Panaderia,” they present a deliciously unique taste of what it means to be Filipino.

9)   “Smaller and Smaller Circles” by F.H. Batacan (Soho Press): The first Filipino crime novel gets an upgrade and the new, expanded “Smaller” is a smashing, hypnotic battle between a Jesuit priest-forensic anthropologist Fr. Gus Saenz and a serial killer from Payatas. It’s a vivid, visceral pursuit that’s worthy of being a massive modern whodunit anywhere in the world.

10) “Trigger Warning: Short Fictions and Disturbances” by Neil Gaiman (William Morrow): A mesmerizing gathering of work from the “Sandman” creator, “Trigger Warning” features adventures from “Doctor Who,” “Sherlock Holmes” and the characters from “American Gods.” Full of whimsy and wonder, “Trigger Warning” showcases a diversity of forms (short stories, a novella and even poetry) that demonstrates Gaiman’s masterful skill as well as the sheer adventure that is reading.