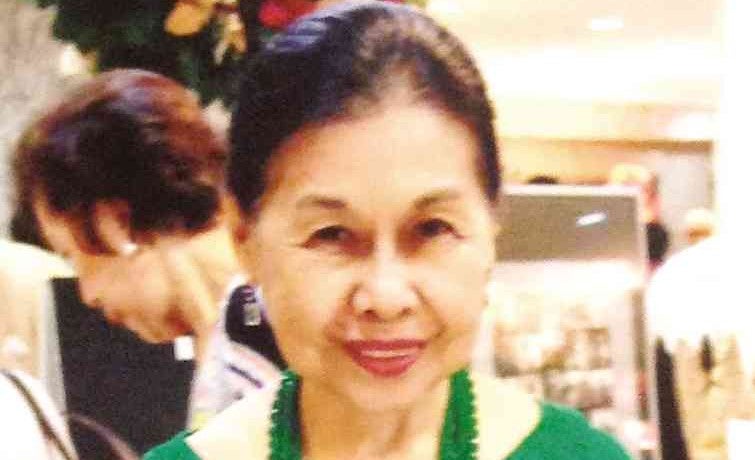 As Vergel puts it, ‘The poor are blameless. It’s us the non-poor who are guilty–guilty to the degree that we have deprived them by simply taking more than we need’

THEORETICALLY, generally, we have more or less an idea of what should matter to us, of what is worth risking our lives for when the moment comes.

But in the face of disaster like Supertyphoon “Yolanda,” or any of the ones that visit us ever so frequently now, or of a personal crisis, no theories, no generalizations apply. We are hit with such swift and shocking force, we haven’t time to think, let alone time to save anyone or do anything. We just go into degrees of panic.

While we can still think, we better make the effort at recognizing where we may have personally or as a nation come short, and stop challenging our otherwise patient God. For, once cornered, even the softest softie turns things over to his enforcer—Mother Nature.

Her own maternal attributes misunderstood, she is, in fact, all business, much like someone who beats you to get your attention. And how could she do otherwise, I ask myself in introspection, when her precise job is to restore natural order and balance, to ensure the quality and continuance of life as it has been meant to be?

Yolanda, to be sure, was not an exclusive Leyte or Philippine disaster, but a universal disaster, one for everyone to deal with and learn from. For all the death and destruction it brought, it had given us fair warning; we should have been ready for natural as well as man-made (made by ourselves, that is) calamities and personal loss.

We should prepare our hearts, minds, and bodies to respond accordingly, so that the cycle of life may go on.

We should focus on what’s important and what really matters in the long run. And we can’t say there’s been any lack for gentle and not-so-gentle reminders. For some like Jun Alvendia whose wife, Lisa, has been stricken quite suddenly and with no fast cure in sight, he feels #blessed with a misfortune, #because it gives him the opportunity to contemplate on the true meaning of life.

The sight of refugees fleeing for their lives, stripped off everything they owned—land, clothes, possessions—and carrying on with just hope, should, in all its pervasive starkness, make us think: How worthless all worldly possessions become when measured against survival and hope!

But change has begun, if only in the spirit of generating unprecedented outpouring of support from us luckier ones. Indeed, there seems a large awareness, to extents never before seen, of innumerable people all around the world plunged into desolation by death and destruction.

Understandably more visible at Christmas than at any other time, a tempering of human attitude and behavior shows particularly in the matter of excesses. With Yolanda, as with every national disaster, a serious call to return to the true essence of life comes as it does year after year, although most especially in this season.

Cousin Ninit, whom I’ve admired all my life (as my readers must have noticed), is a bundle of energy all year round, hardly fazed by anything, not even by Christmas. Great at time management, she’s able to balance time and energy for family, work, fun, health and charity, yet never distracted from what’s truly important.

Indeed, Ninit is something to watch amid the Christmas rush. She is attending the many social commitments her membership in several civic and religious organizations demands, not to mention her social obligations—weddings, wakes, dinners and lunches, and crucial Ateneo games. She even finds time for trips to Divisoria for giveaways at our yearly visit to the Hospicio, the culminating activity of Winner Foundation, of which she’d have been president for life if we hadn’t been able to prevail upon Chiqui Mabanta to take over from her and infuse our mission with younger blood, energy and ideas.

We’ve been asked to build a forest in Nuvali, in the new Maryknoll College property, like the one built behind Maryknoll’s old Diliman campus by our mentor Sr. Marissa, who taught us not only to love and respect the environment but, yes, how to build an urban forest.

Ninit learned best and has continued to inspire us all, sustaining the interest of friends and supporters in, for a critical example, our yearly fund-raising auction for the maintenance and expansion of the Arroceros Forest Park we built in Manila, which has itself survived disasters, natural and human, as in the case involving one viciously destructive mayor not long ago.

Every year Ninit sets a Christmas lunch date at the forest with its caretakers, security guards and other workers and their families, and our own drivers who become forest hands themselves on weekends. Friends and patrons of the park—notably from the Makati Garden Club, the Catholic Women’s Club and Gawad Kalinga—join us. Presents are distributed, and a raffle in which everybody wins is held.

Last year, a few days before Christmas, Ninit called to check if Vergel and I, my sons Rob (a bachelor until recently) and Tex (a single dad) and his daughter, Mona, would join her family in her home on Christmas Day. It has been the tradition with me, and other similar orphans, since the first Christmas after my separation. It was Ninit’s own generous idea, and I have taken it up Christmas after Christmas since.

One particular year, she admitted feeling a bit off. Amid pots of poinsettias and the centerpiece Christmas tree surrounded by wrapped gifts in her living room, something was missing—the birthday boy himself! Quickly enough, she did find a Baby Jesus in her stockroom (she used to own several stores), but dressed like royalty, more Santo Niño than the babe in a manger. She was hard-pressed for swaddling clothes.

But on Christmas day, there, at the entrance to her home, lay the proper infant, as he did on that cold night in Bethlehem, clad only in a white blanket.

That blanket should be reminder enough of those who have less in life, and inspire us to go back to basics and simplify our lives, for humanity’s sake. As Vergel puts it, “The poor are blameless. It’s us the non-poor who are guilty—guilty to the degree that we have deprived them by simply taking more than we need.”