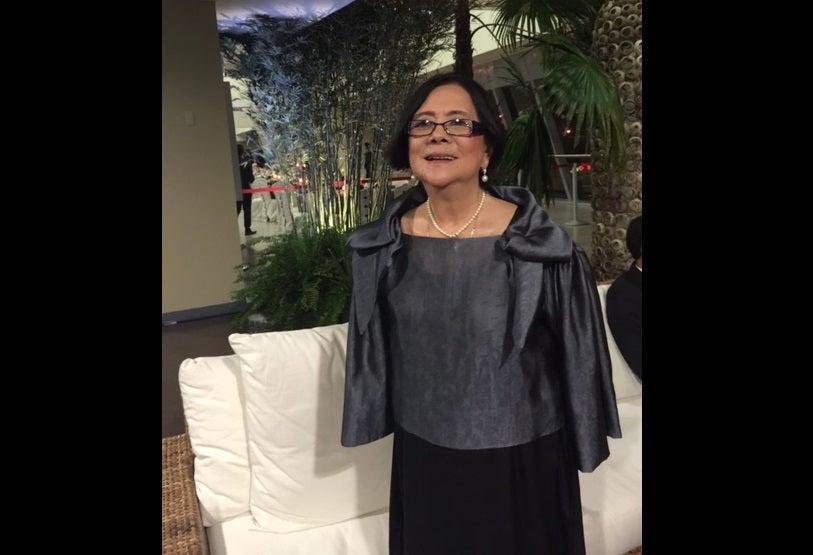 When LJM put theater on page 1

My last interview before I got to join the Inquirer was with its legendary editor, Letty Jimenez-Magsanoc. By then I had gone through the human resources mill, plus an interview with the company president.

Now the final say was with the formidable boss of the newsroom, whose byline I had been reading since my high school days, when she was putting out the Mr. & Ms. special edition that bravely and scintillatingly covered the Marcos dictatorship’s waning years in the wake of the Aquino assassination, and that we in faraway Bicol lapped up issue after issue.

I wish I could say the interview was memorable, but LJM—later on Ma’am Letty to me and many others in the newsroom—only had a couple of questions for me, then said: “I’m okay with this; welcome to the Inquirer!”

That was 13 years ago. LJM presided over the central desk while I toiled away as a desk editor in the Lifestyle section. But because I was eventually designated the “last look” of the section’s pages for that day before they were sent out to the printers, I would discover that we would be among the few souls invariably left in the newsroom by midnight or so.

And LJM—hours before a focused, eagle-eyed taskmaster running the tightest of ships as she hovered over and barked out orders to the platoon of editors, writers and staff collectively working to put out the next day’s newspaper in exactly the way she wanted it—was looser, more relaxed at this hour, though still with that killer instinct for front-page stories.

When I began covering theater and reviewing the productions around town, she and the late
Inquirer publisher Isagani Yambot were among the first to offer encouragement. Sir Gani was a fixture in practically all the shows he could watch, while LJM, before she became the Inquirer’s chief editor, had been writing about culture and the arts, along with politics, in her then column for the paper.

In 1989, she reviewed the original production of “Katy!” and praised its creators as having created “the prototype for the Filipino musical.” Steeped in the hurly-burly of daily politics, she was as keen on other things—anything that mattered to the Filipino reader, and that included a robust coverage of his mores, habits and modes of entertainment.

More than a passing look

So, when Lifestyle editor Thelma San Juan took note of the revitalized landscape of local theater by putting out a weekly section dedicated to covering the scene and asked me to run it, you knew LJM would take more than a passing look at how you ran the section.

The next time she spotted me on one of those late nights, she hollered out the magic words: “I like your section!” And so you went home grinning, breaths easier.

LJM was also unafraid to shake up the front page by putting out lifestyle, culture and human-interest stories side by side with that day’s serving of political circus and crime.

Any journalist worth his salt, and of whatever stripe, lives for the high days—occasional, given the competition and the tight real estate, and therefore all the more valuable—of seeing his story and byline on the front page.

In my case it had always been by way of LJM, and with material that was unconventional, unusual for the banner page.

She plucked out from the inside pages my review of the touring production of “Cats” that starred Lea Salonga in its Manila run, the splashy entry of which heralded the opening of the Philippine market to other big-ticket international productions such as “The Phantom of the Opera” and “Wicked,” and put it on the front page—but not before jumbling what I thought was already a well-ordered piece and making it immeasurably better, catchier.

When the Cultural Center of the Philippines decided to hold a tribute to Imelda Marcos on its 45th anniversary, she knew there was a story there and sent me over to write about the show.

And her craziest idea: “Gibbs,” she said one day in her trademark sotto voce, “why don’t you write about our elections from a theater perspective?” It was another late night and she said it with a bit of a cackle, but you knew she wasn’t joking.

Biting my fingers to nubs, I wrote something that began with, “There’s a good reason elections are typically equated with the business of putting on a show…” LJM titled it “Politics as theater stars Ham, Natural, Eager Beaver, Ingenue, Show-off, ‘Saling Pusa,’ others” and ran it on the same front page that featured stories of the then ongoing presidential brawl between Manny Villar, Noynoy Aquino, Gilbert Teodoro, et al.

Henceforth, the annals of the 2010 Philippine elections would have to include that cheeky little piece forever. Don’t blame the writer—it was all LJM.