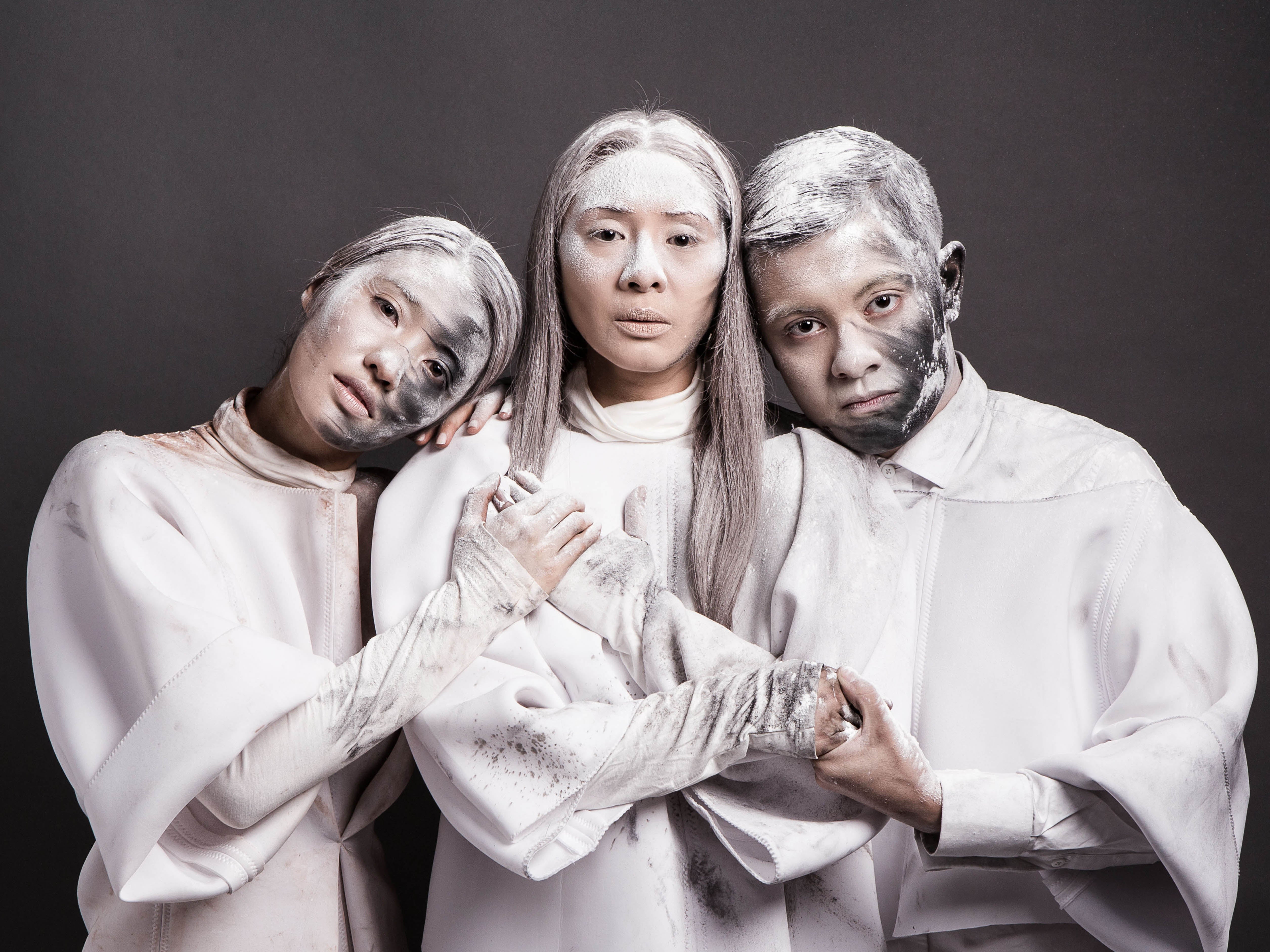 The Philippine Educational Theater Association (Peta) has enjoyed a fruitful 2015 featuring the raging success of its musical hit Rak of Aegis and its brilliant retelling of Rizal’s masterpieces in Noli at Fili Dekada dos Mil. To aptly close its successful 48th Theater Season, Peta introduces an original musical 3 Stars and a Sun, featuring the music of Pinoy rap legend, Francis Magalona.

Audiences are promised an outstanding show as Peta takes a giant leap into creating a futuristic new world, something that The Philippines’ pioneer theater company hasn’t done before. The musical is a social commentary on Philippine politics and culture, in a different context; a timely endeavor as Peta looks forward to its 50th year celebration.

“3 Stars and a Sun” offers a dystopian look at what our future can come to if the problems of the present are left unresolved; a cautionary tale and a challenge to today’s youth to act together and act swiftly before it’s too late.

The play is set decades into the future inside The Stormdome, a fallout shelter created to protect the entire archipelago from global warfare, and extreme weather.

Written by young playwright Mixcaela Villalon and Rody Vera, and directed by Nor Domingo, “3 Stars and a Sun” is arranged by musical director Myke Salomon, who was recently awarded Outstanding Musical Direction for his work in “Rak of Aegis.”

The talented cast of “3 Stars and a Sun” includes Che Ramos-Cosio and Carla Guevara-Laforteza as Congresswoman Inky, Bodjie Pascua and Raffy Tejada as Mang Okik, Giannina Ocampo and Justine Peña as Dianne, Anna Luna and Jet Barrun as Nazty, John Moran and Nar Cabico as Poy, Lee Villoria and EJ Pepito as Kat, Anj Heruela and Gab Pangilinan as Chelsea, and Jef Flores and Norbs Portales as Winston.

Catch “3 Stars and a Sun” on February 4 to March 6, 2016 from Tuesdays to Sundays (Tue-Fri 8 pm, Sat-Sun 3 pm and 8pm) at the Peta-Phinma Theater at the Peta Theater Center. Peta is located at No. 5 Eymard Drive, New Manila, Quezon City. For tickets and inquiries contact (02) 725 6244 or visit petatheater.com and ticketworld.com.ph