Keeping up with the trends? | Inquirer Lifestyle 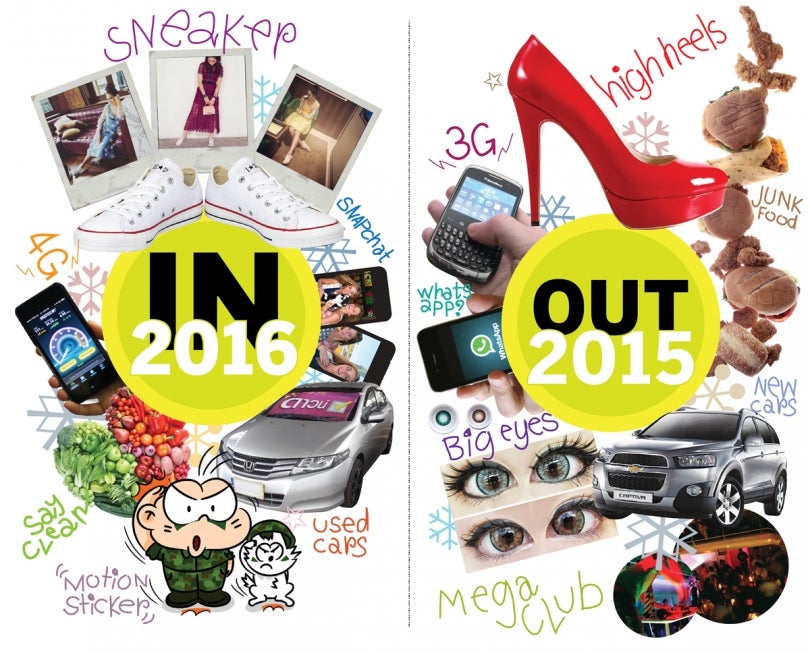 Keeping up with the trends?

The blossoming health consciousness that’s taught us to avoid junk food and graze on greens has flowered into home deliveries of nutritious meals.

“Clean eating”, as it’s popularly known, has slowly but steadily picked up momentum in Bangkok and other Thai urban centres, a boon to those who want to stay fit over the long term and meanwhile maybe lose a little weight too. We’re talking about low calorie content, healthier fats, added fibre, more vitamins and unrefined organic ingredients.

Unlike the food trucks and “artisanal” burgers now found all around downtown Bangkok, these are still early days for the clean-food phenomenon. It’s not yet widely available in restaurants. Instead there are chefs offering weekly or monthly home and office deliveries of healthy meals. If you haven’t tapped into them yet, search online for EatClean BKK, A Taste, Clean Concept, Polpa or Foxbox.
IN: ANIMATED CHAT STICKERS

OUT: ANY OTHER CHAT STICKERS

In a never-ending series of efforts to “enrich” our online conversations with friends, we have been treated to the combinations of symbols called emoji (: p) and “chat stickers” that express emotions at a click (cartoon characters holding a cake to say “Happy birthday”).

Now we seem to have reached the hi-tech pinnacle with stickers that move and make sounds, far more engaging and expressive. These GIF-format characters wave their hands and squeal “Hi!” And you can even custom-build stickers using your own pictures. How cool is that!

Bangkok has seen the opening of several huge nightclubs. The scale is mind-boggling and the fanfare deafening. Who could have expected all that to be trumped by tiny places with no signs?

That’s what happened this year, though. We now have nightspots nestled in hard-to-find nooks and crannies – at “secret addresses” and often hidden in plain sight.

Usually the easiest way to locate an unfamiliar place is to ask the local motorcycle-taxi drivers. But even they’re no help when it comes to finding Q&A, a cocktail bar on Asoke Montri Road (Sukhumvit Soi 21), J Boroski Mixology in a tiny lane off Soi Thong Lor and Havana Social on Sukhumvit Soi 11.

These are becoming the new playgrounds for discerning, adventurous partygoers in search of unique, more tailored experiences.

Modern man, having learned to walk erect and then in high-heeled shoes, now requires sneakers to evolve further. Running shoes have been around for a century, of course, but now, for women in particular, they’re more stylish than ever – and more stylistically necessary.

Supermodel Cara Delevingne has been spotted in the most chic of sneakers. Singer Kathy Perry wears them onstage. Nikes have hit the runway and designers like Alexander Wang and Christian Louboutin have come out with lines. Thai interest surged when fashion idol Araya “Chompoo” A Hargett wore white Converse runners with a Dior gown for her after-wedding party.

The appeal is in the unexpected twist that sneakers give to any outfit while still making a fashion statement. Worn with a skirt, your look is suddenly not so prissy or feminine, but instead energetic – and undeniably comfortable.

What dropped out of style this year was the “big eyes” look created by special contact lenses. It used to be that every girl’s selfie featured eyes like Bambi, despite warnings from ophthalmologists everywhere. Thankfully, the same yearning for realism that boosted the sneaker’s popularity has applied to eye fashion.

Finally joining most of the rest of the world one further rung up the “smart” ladder, Thailand has moved from 3G to 4G after an indecently long wait. The promise is more stable online connections and thus a more pleasurable experience browsing the Web and watching television.

This year’s auctions of 4G broadcasting licences were troublesome but ultimately successful, and now all service providers are ready to deliver 4G content. What’s already begun and is likely to surge in 2016 is a move to all manner of smart devices, not just phones and tablets.

Smart wristwatches are likely to sell big, thanks to their ability to link information among other gadgets and to double as fitness trackers. And they’re getting quite stylish these days.

Meanwhile the “idiot boxes” at home aren’t so dumb anymore. If you already have a crystal-clear, full high-definition LED-screen TV set, maybe it’s no longer good enough. You need a 4K curved-screen TV that’s smart enough to draw you into the “Internet of things”. If you still don’t understand that concept, talk to your fridge. Of course you might have to interrupt its conference call to your smart washing machine, vacuum cleaner and air-conditioner.

These days you hardly ever hear anyone in Thailand saying, “Send me a message on WhatsApp.” That was then. SnapChat is now.

Yes, the Japan-based Line application is still an important part of millions of lives, but it’s likely to drop a few notches in popularity now that youngsters have discovered SnapChat. It handles more than just text (and stickers). You can also share short videos and paintings you create yourself and do so in more privacy. SnapChat’s already picking up feeds from the major news outlets as well, including CNN, and the favourite football clubs are involved. Evidently there’s much more to come.

A new excise tax on cars just coming into effect means a wider price gap between new and used cars, so the hire-purchase trade is shifting its focus to the latter segment.

The tax will send the price of new SUVs, pickups and luxury cars soaring, and thus everyone will be buying used models. Gone too are the days of the first-car subsidies from the government. Better check what Granddad has sitting in the garage.