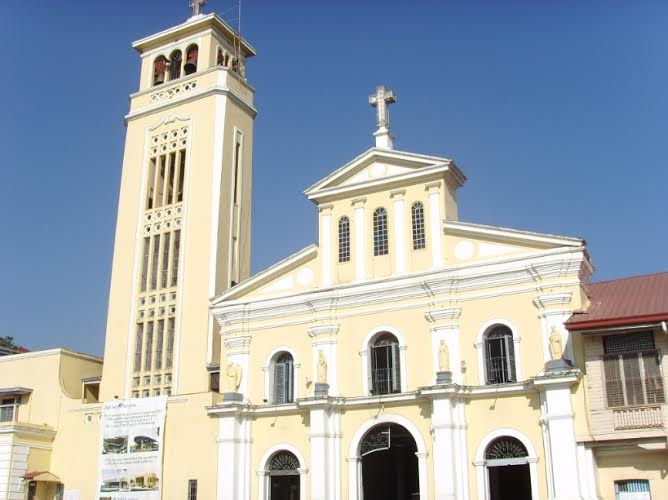 Among those declared are Paco Park or the Cementerio Municipal de Manila y Capilla de San Pancracio in Manila; the watchtowers in the municipalities of Badoc, Currimao, Baccara and Pasuquin in Ilocos Norte, and in Santiago, San Esteban and Narvacan towns in Ilocos Sur, including the watchtower-belfries of Laoag and Bantay; the Minor Basilica and Complex of Nuestra Señora del Santisimo Rosario (including the image of the Blessed Virgin Mary and movable and intangible properties intrinsic to the cultural significance of the property) in Manaog, Pangasinan; Cagsaua Church ruins in Albay; Dampol Bridge in Dupax del Sur, Nueva Vizcaya; and San Joaquin Camposanto in Iloilo.

The last two became controversial last year due to a road-widening project of the Department of Public Works and Highways that threatened to affect them.

A number of properties were also declared ICPs in San Nicolas, Ilocos Norte, all dating back to the Spanish colonial period.

These are the San Nicolas Church complex, including its convent and the roadside Via Crucis structures; the town’s elementary school building, municipal hall, Valdes-Lardizabal house; and the Nagrebcan Archaeological Site.

In Baguio City, the Colegio del Santisimo Rosario, popularly known as the Diplomat Hotel, was also declared an ICP. It was designed by the Dominican engineer Fray Roque Ruaño, the same designer of the massive University of Santo Tomas Main Building, declared an NCT in 2010.

The hotel used to be a Dominican convent, hence it is located atop “Dominican Hills.”

Also declared an ICP in Baguio was Peredo’s Lodging House and the Laperal House, now owned by tycoon Lucio Tan.

The Avanceña house or the Camiña Balay nga Bato in Arevalo, Iloilo City; the Lizares-Gamboa Mansion (now the Angelicum School) in Jaro of the same city; the Sornito house in Santa Barbara, Iloilo province; and the Chapel of Saint Joseph the Worker in Victorias, Negros Occidental, were also declared ICPs.

NM director Jeremy Barns said the purpose of declaring cultural properties as either NCT or ICP is to “highlight their significance to the entire world that they are officially recognized as an intrinsic part of the patrimony of the Filipino people and are central to the legacy that the present generation should take special care to steward for the generations to come.”

He added: “They are an acknowledgment of the best of what we have inherited, in order that we may care for it, enrich it further, and pass it on in turn.”

The distinction would also ensure the protection, preservation and promotion of the declared properties.

“The Important Cultural Properties and National Cultural Treasures of the Philippines are individually and collectively meant to serve as testimony to the richness and diversity of heritage that speaks to the longstanding and distinctive strength, resilience and dynamism of the spirit of the Filipino people, at home and everywhere throughout the world,” Barns pointed out.

He also disclosed that dozens of sites and structures are also being considered for declaration this year. Among those are the Hospicio de San José complex at the Isla de Convalescencia in Manila; the old Rizal Provincial Capitol in Santa Rosa barangay, Pasig City; the ruins of Corregidor Island in Cavite; and the fortress church and heritage houses of Boac in Marinduque.

The two are the highest distinctions given by the NM to cultural properties in the country.

The National Historical Commission of the Philippines is also empowered by the same law to declare properties as ICPs.