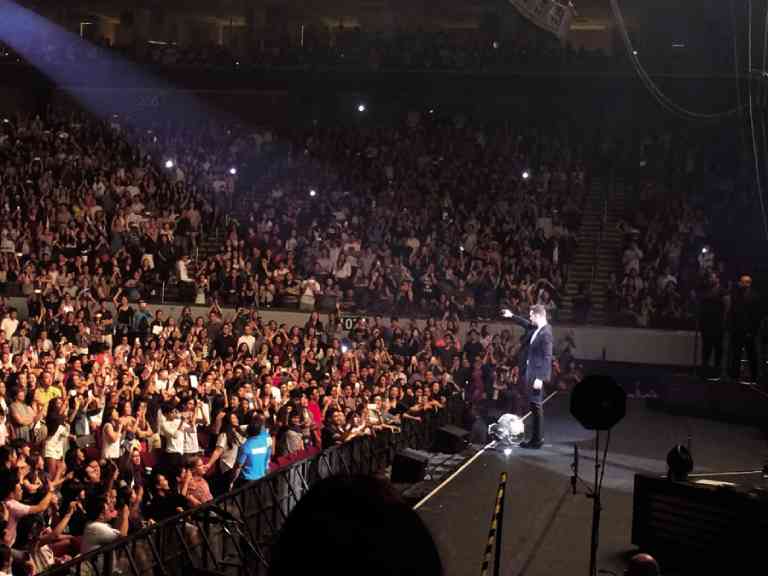 We will remember 2015 for the superb performances of Sam Smith and Rick Astley, the speakeasy concept of the bar Finders Keepers, and the clubs where one could discover young promising musicians.

Smith oozed with soul and no-frills elegance in a sold-out concert that drew more than 10,000 people last Nov. 21 at the SM Mall of Asia (MOA) Arena.

The 23-year-old British singer-songwriter—accompanied by a band that had a cellist and an all-black vocal trio— performed songs from his 2014 debut album “In the Lonely Hour” which won four Grammy awards, plus snippets of covers like “Ain’t No Mountain High Enough.”

His singing had so much confidence, there was no trace of his recent surgery for vocal cord injury which forced the rescheduling of the MOA concert originally set last May 10.

The show was a refreshing deviation from the bombast and gimmickry that have become the standard attractions of today’s concerts.

Meanwhile, another British singer-songwriter, Rick Astley, exemplified a well-rounded grasp of different musical genres at his Nov. 30 gig at The Theatre at Solaire Resort and Casino.

Accompanied by a six-member band, Astley treated the full-house crowd to classic and contemporary pop, dance, soul, jazz and even hard rock numbers.

Astley was equally at home singing his biggest hits (“Together Forever,” “Strong, Strong Man,” “Hold Me In Your Arms,” “Cry For Help,” “Never Gonna Give You Up” and a selection of covers (“Happy,” “Uptown Funk,” “Ain’t Too Proud To Beg,” “Get Lucky”).

He even got two Filipino singers in the audience, Martin Nievera and Carlo Orosa, to have some fun onstage.

Here’s how we described the speakeasy-type Makati bar called Finders Keepers (FK) on a visit one midnight in June: It is “like stumbling into a mysterious dive where only a few brave souls dare to tread. You won’t even think it’s there, sitting surreptitiously among warehouses in a business compound, no sign outside, just black curtains leading to a plain-looking door guarded by burly bouncers. If this were a movie, the next scene could reveal a drug den. But it is not.”

All told, FK is an ideal place for night owls who want to enjoy their drinks without attracting attention. The cramped space is no problem, even if you go alone. The regulars look kind with their easy smiles.

Packo’s is a restaurant-bar in Quezon City where one could catch relatively unknown but interesting acts. On a recent visit, we watched a young acoustic group named Synth which performed contemporary pop hits in a simple, straightforward but refreshing manner.

Synth—composed of twins John and Jian Abat, Louie Domingo and Jessie Talaboc— could go a long way and go places if its members pursue their music with passion and determination.

If there’s a club that has stood the test of time and continues to attract a steady clientele, it’s 19 East. Three factors define its appeal: excellent sound system, relaxing ambiance and an element of surprise among the featured bands.

Just last Wednesday, during South Border’s second set, Jay Durias called his 16-year-old daughter Kahlil to play drums on Toto’s “Rosanna.” What we saw was an inspiring demonstration of raw talent which, if allowed to develop with the right attitude and discipline, could add vitality to the next generation of Filipino musicians.