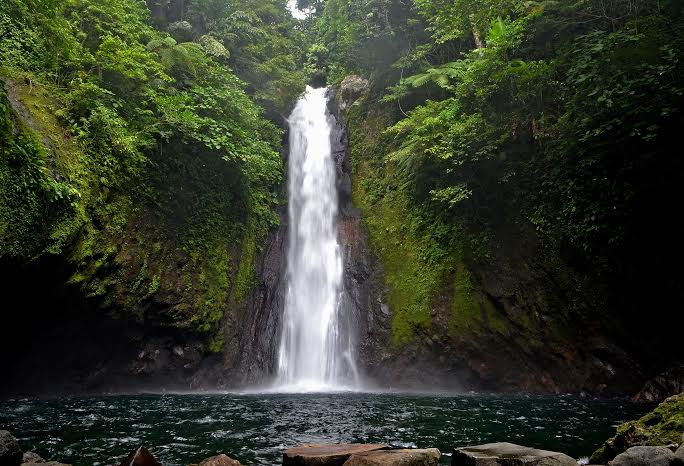 In support of the Department of Tourism’s (DOT) “Visit the Philippines Again” campaign for 2016, the province of Camarines Norte is rolling off a grassroots-based promotion to draw tourists.

Tinaga, one of the major islands in the Calaguas Group of Islands, is known for its mile-long powdery sand and crystalline waters.

In Mercedes town is Siete Pecados, consisting of the islands of Quinapaguian, Canton, Canimog, Apuao Grande, Apuao Pequeña, Caringo and Malasugui, each with a distinct feature. Agile beach lovers can paddle around the islands aboard a kayak, while at the town’s Baybay Beach, one can ride the waves aboard a kayak.

Bagasbas Beach in Daet is ideal for surfing greenhorns because of its sandy bottom and consistent waves the whole year round. It is recognized as one of the world’s popular surfing destinations. Bagasbas is also a great place for kiteboarding—which combines surfing, snowboarding, skateboarding and wakeboarding with flying a kite.

Tucked in the bosom of Mt. Cadig in Labo town, Cadig Cave is for those who want to try spelunking. Composed of several dark compartments of stalactites and stalagmites, this cave offers moderate difficulty in trekking and exploration.

Also in Labo are the caves of Mambuaya and Pintong Gubat.

A must-see historic spot is the First Rizal Monument in Daet, a white stone obelisk built in 1898, the first to be constructed in honor of National Hero Dr. José Rizal, antedating the one in Luneta by 13 years.

Across the park is the Daet Heritage Center, the former municipal hall, which serves as the town’s museum and sociocivic center.

Bicol’s 400-year-old religious heritage is best represented by Nuestra Señora de Candelaria Church in Paracale, founded by Franciscan missionaries in 1581 and which became a parish in 1611. Other historic churches are St. John the Baptist in Daet, the St. Peter the Apostle in Vinzons, and Capalonga Church, home of the Black Nazarene.

Based on statistics from the DOT Bicol regional office, Camarines Norte had 211,013 tourist arrivals in 2014.

HotelQuickly, a mobile hotel booking application, allows users to get the best available 3- to 5-star hotels fast and hassle-free throughout the Asia-Pacific region at a more affordable rate, about 28 percent cheaper than other online hotel booking options.

It has a list of more than 11,000 hotels in over 250 destinations in Australia, Cambodia, Hong Kong, Indonesia, Laos, Macau, Malaysia, Myanmar, New Zealand, Singapore, South Korea, Taiwan, Thailand, Vietnam, and now, the Philippines.

In case you missed a flight, stayed out too late, decided to extend your trip or just want a staycation within a city, HotelQuickly has you covered.

Using it is easy. Download the HotelQuickly app from the App Store or Google Play. The app features high-resolution photos of hotels, information on their facilities and consumer reviews. You can search the hotel location through a virtual map.

You can also get free night stays in a hotel of your choice by inviting your friends. Each time an invited friend downloads the app, they get P600 while you receive a P40 credit. And once your friend books a hotel, you get a P600 credit.