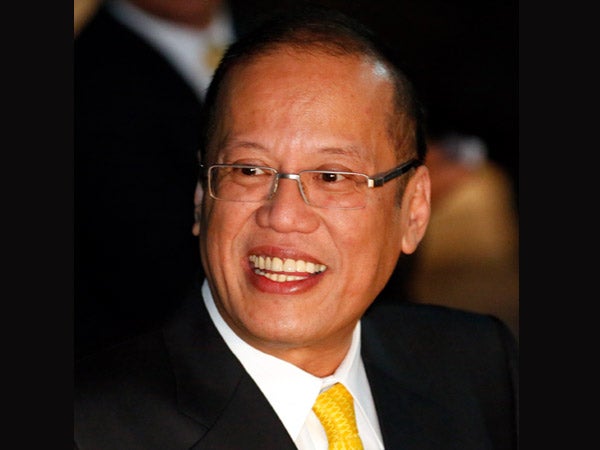 DAVAO CITY, Philippines—President Benigno Aquino III on Friday said he was “really glad” that Miss Universe Pia Wurtzbach “achieved one of her dreams.”

Mr. Aquino, a 55-year-old bachelor, was rumored to have dated the 26-year-old beauty queen. Neither have confirmed nor denied that they had been romantically involved.

Wurtzbach is scheduled to return to the Philippines on Jan. 23. A courtesy call to the President at Malacañang has yet to be scheduled.

When asked for his message for Wurtzbach, the President said:

“Number one, of course, we are all happy that she won. Perhaps there might even be an art in the aspect of how she won, that there was disappointment before there was joy. The point is, she really worked hard to earn her victory. You saw the sacrifice involved.”

A reporter teased Mr. Aquino that his New Year celebration must have been a happy one especially because Wurtzbach won the Miss Universe crown.

“Wait a minute, you’re sowing intrigue. (She’s) not yet here,” the President chuckled.

The President said that for the record, Wurtzbach “wasn’t there, wherever I was,” referring to his Baguio City vacation during the New Year.

Wurtzbach won for the Philippines its third Miss Universe crown after a 43-year drought.

Model Margie Moran-Floirendo won the crown in 1973, after by actress Gloria Diaz won in 1969.