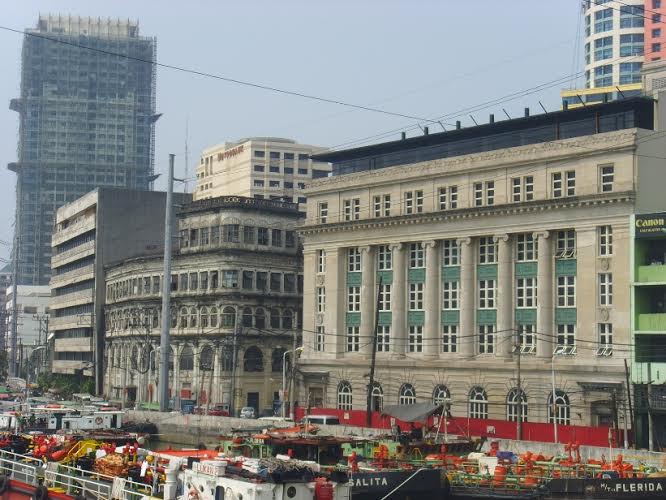 THE NATIONAL Historical Commission of the Philippines’ (NHCP) plan to buy the iconic El Hogar building in Binondo, Manila, will no longer push through as both the NHCP and its new owner could not agree on the amount.

The planned purchase was first reported by the online news portal Coconuts Manila on July 22, 2015, more than a month after the sale of the Manila Metropolitan Theater to the National Commission for Culture and the Arts.

A source then said the NHCP was planning to buy El Hogar from funds also coming from the Department of Budget and Management and, once renovated, it will supposedly become the new office of the said cultural agency.

The same source told the Inquirer recently of the recent development but did not specify the “steep” price involved.

For more than two years, the new owners remained a mystery until July 2015 when it was identified as Manuel Sy’s Ritz Premiere Corp., the sister company of the building’s developer—New Golden City Builders (NGCB).

It was during this time that the building was assessed as supposedly structurally unsound in the event of an earthquake, attracting reactions from experts saying the weakness of the structure should not be a reason for its demolition because it can still be retrofitted.

This issue surfaced following an incident when parts of the building’s steel railings were dismantled in early July of the same year and carted away by an NGCB truck, prompting the NHCP to issue a cease-and-desist order against its demolition.

In February 2014, the building was sold to its then still unidentified owner, and the removal of its time capsule raised fears that the more-than-a-hundred-year-old structure would be demolished.

By November of the same year, concerns were raised by heritage conservationists and advocates following the installation of GI sheets and concrete barriers around the building, criticizing the Manila City government for not disclosing the name of the new owner and whether a demolition permit has been issued or not.

Former NHCP Historic Preservation Division chief Wilkie Delumen told the Inquirer then his agency had already instructed the Manila Building Office not to issue any permits on El Hogar and that a development plan should be submitted by its new owner to the commission for approval.

It is unclear at present if any permits were given and if the owner had submitted a development plan.

Delumen resigned from the NHCP by the end of that year.

Located at the corner of Juan Luna Street and Muelle de Industria in Binondo, Manila, El Hogar is one of a few surviving American colonial structures along that part of the Pasig River.

The building was built in 1914 and designed by Ramon Irureta-Goyena and Francisco Perez-Muñoz with elements of Neoclassical and Renaissance styles.

Noted for its historical and architectural value, El Hogar is a presumed important cultural property under the heritage law.