Political satire could have been set in the Philippines | Inquirer Lifestyle ❮ ❯ 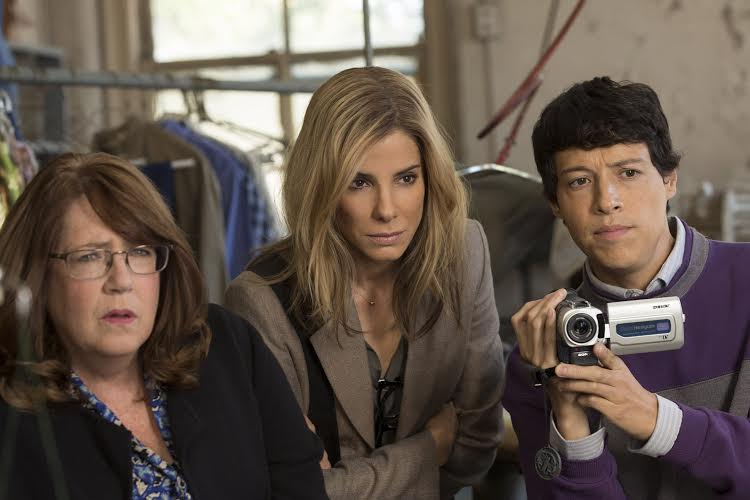 Political satire could have been set in the Philippines

Directed by David Gordon Green, “Our Brand Is Crisis” is based on the 2005 documentary film of the same name by Rachel Boynton, a fictionalized account of the involvement of American political campaign strategist “Greenberg Carville Shrum” in the 2002 Bolivian presidential election.

“Our Brand Is Crisis” reveals the cynical machinations and private battles of world-class political consultants for whom nothing is sacred and winning is all that matters.

The film takes a timely and satirical look at the high-stakes gamesmanship behind the scenes of a presidential campaign, seen through the eyes and actions of the strategists-for-hire who are pulling the strings.

Bringing audiences into the belly of the beast with a fictional story as relevant as today’s news cycle, it explores the often outrageous and unconscionable lengths to which some people will go in their competitive zeal to get the job done and cross the finish line ahead of the other guy.

According to Green, so much of politics and the election process is absurd, from big business to the media circus, the sound bites and the haircuts.

“Politics has become entertainment and marketing,” Green said. “That’s where the movie has some fun and a sense of humor, in exposing that absurdity, which gives the story its energy and momentum even as the characters are facing some difficult issues that we definitely don’t tiptoe around.”

Bullock stars as lead operative Jane Bodine, once considered among the best in the business, who has lately retreated from the political spotlight.

“When we first meet Jane, she’s had to remove herself from the world in which she’d spent most of her life, for the sake of survival,” Bullock said. “She was brilliant at her job. But it became an addiction to her, and what it turned her into and the mindset it required became dangerous. Jane is fragile. She has some instability issues, some addiction issues. And clearly all of that was exacerbated when she was in that world, so she just had to stop.”

Producer Grant Heslov acknowledges that the film “is not a partisan thing.”

“You can stand on either side and see it; the crazy amount of money involved and the BS that goes on,” Heslov said. “It’s something that has always interested us, the idea of winning at whatever cost. In the case of Jane Bodine, the cost is her soul, and that’s what she’s coming to terms with.”

The film opens in the Philippines on Jan. 13.