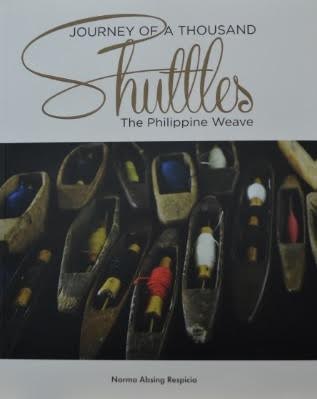 Indigenous weaves at their best in ‘Journey of a Thousand Shuttles’ 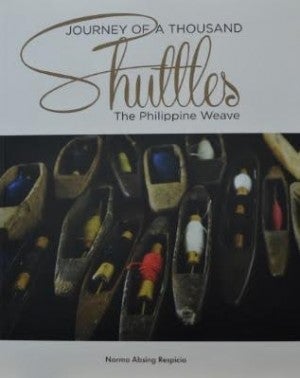 PHILIPPINE textile expert Norma Respicio’s latest work, “Journey of a Thousand Shuttles, The Philippine Weave,” discusses weaving in the country not only as an age-old tradition but also as an art rooted in the rich Filipino culture.

The book published by the National Commission for Culture and the Arts in 2014 and funded in part by the US Embassy in Manila won the 2015 National Book Award for the art category.

Respicio describes her work as an “introductory book to allow the reader, particularly Philippine audience, to have a more expensive and critical view of their textiles as an artistic expression and a cultural heritage.”

She also notes that weaving in the country is a women’s art and that the “production process often entails communion with the gods and spirits that are believed to reside in the plants, soil and the natural environment which are the sources of materials.”

The book discusses Philippine weaving from the Iron Age to the present with sections on the history of weaves, the materials used such as the different fibers, dyestuffs and looms, as well as design techniques and profiles of the weavers themselves.

Respicio deals with the patterns and designs which all come from the environment, beliefs, traditions, celebrations and outside influences of the different ethnolinguistic groups in the country involved in textile production.

The author also identified 26 textile areas in the country with designs from Mindanao as those that are still attached to their beliefs and rituals, “thus strongly traditional and definitive of their respective cultures.”

This curated and highly commendable work situates Philippine weaving and its elements with those of the neighboring countries such as Vietnam, Indonesia, Myanmar, Laos, Japan and China, noting their similarity and contrast.

Respicio also notes that despite the decline of textile weaving in the country through the years caused by the introduction of new cash crops, land conversions and political conflicts, it is still very much active and resilient.

With this book, weaving communities and the Filipinos in general would indeed appreciate textiles as art and cultural heritage that brings pride and identity.

It will also spur readers’ consciousness on textile art since the latter, as the author puts it, “has the intrinsic value of engaging the mind and liberating the spirit.”