Mexican taco ‘bibimbap’? Persian shawarma ‘bibimbap’? You can do it Customize your own Korean dish | Inquirer Lifestyle 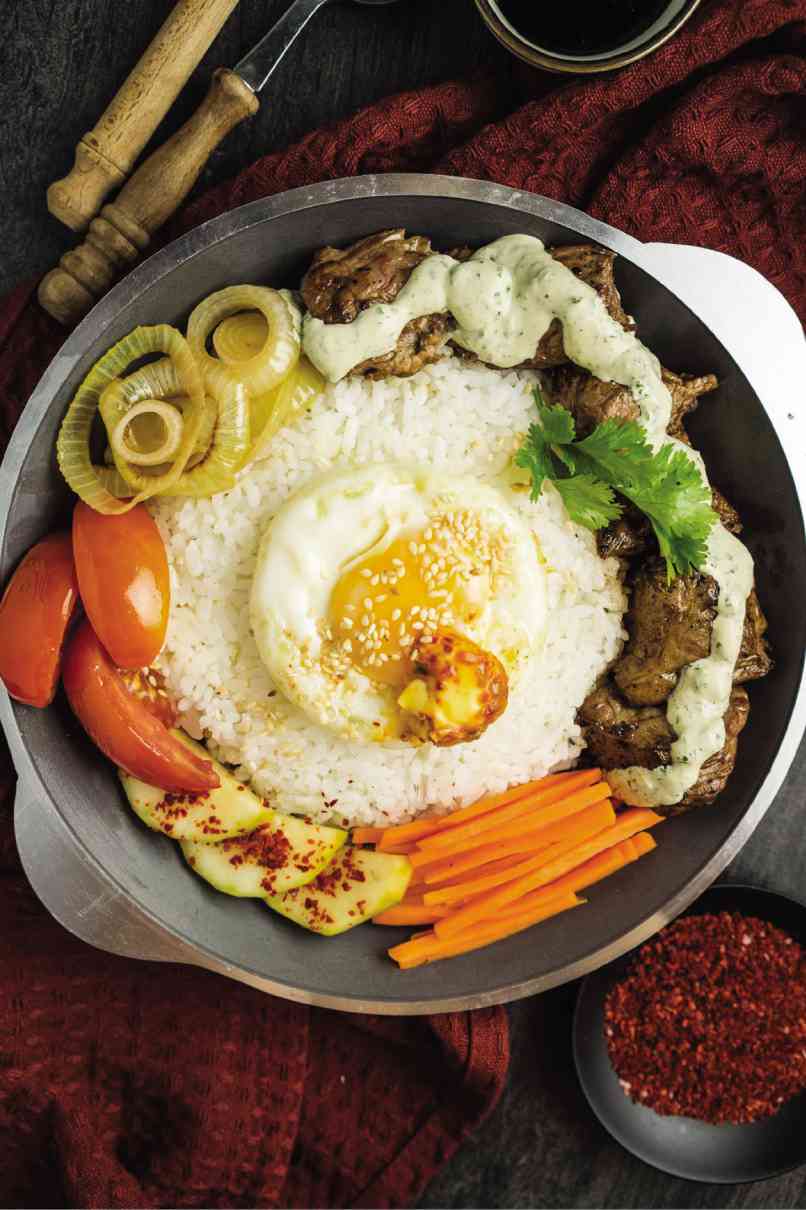 Mexican taco ‘bibimbap’? Persian shawarma ‘bibimbap’? You can do it Customize your own Korean dish

Bibimbap is a traditional Korean dish served in a heated stone bowl.

Korean food lovers know that once the bibimbap is set before them, they should mix the toppings, making sure the runny yolk coats the rice and the other ingredients.

Last month, The Relish Group that brought in Wee Nam Kee, Osaka Osho, and Kumori bakeshop opened its own dining concept that gives a new spin to bibimbap.

Rock & Seoul on the ground floor of The Block at SM North Edsa is a midsize restaurant that offers bibimbap in several variants served on sizzling hot plates.

To achieve the vintage rock look, a ledge lining one of the walls is filled with music memorabilia—long-playing records, a boom box, amplifiers, and electric guitars.

“It just snowballed from there,” he said.

Guests can mix their own bibimbap by choosing four vegetables from the menu and one protein (beef, pork or chicken).

If they want to take the guesswork out of the equation, they can choose from 15 variants, all priced under P300.

“At Rock & Seoul, we welcome customization,” said Louie Ngo, another partner. “Guests can personalize their orders. It’s similar to Juju Eats and Project Pie where guests can choose what goes into their salads and wraps or on top of their pizzas.”

There are “healthier” alternatives like Mixed Seafood Bibimbap and Vegetarian Tofu Bibimbap.

Fancy a fusion of cultures? Rock & Seoul has a Mexican Taco Bibimbap with lettuce, cheese, chips and ground meat; an American Breakfast Bibimbap with bacon, hash brown and hamburger patty; and a Persian Shawarma Bibimbap with tender beef slices and a creamy cilantro sauce.

Each of these is served with fried egg and a pat of spicy kimchi butter.

You might be better off sticking to the original or Beef Bulgogi variants, however, as the American Breakfast Bibimbap was dry and uninspired while the Korean Fried Chicken lacked spice.

Rock & Seoul is located across the supermarket at The Block at SM City North Edsa.