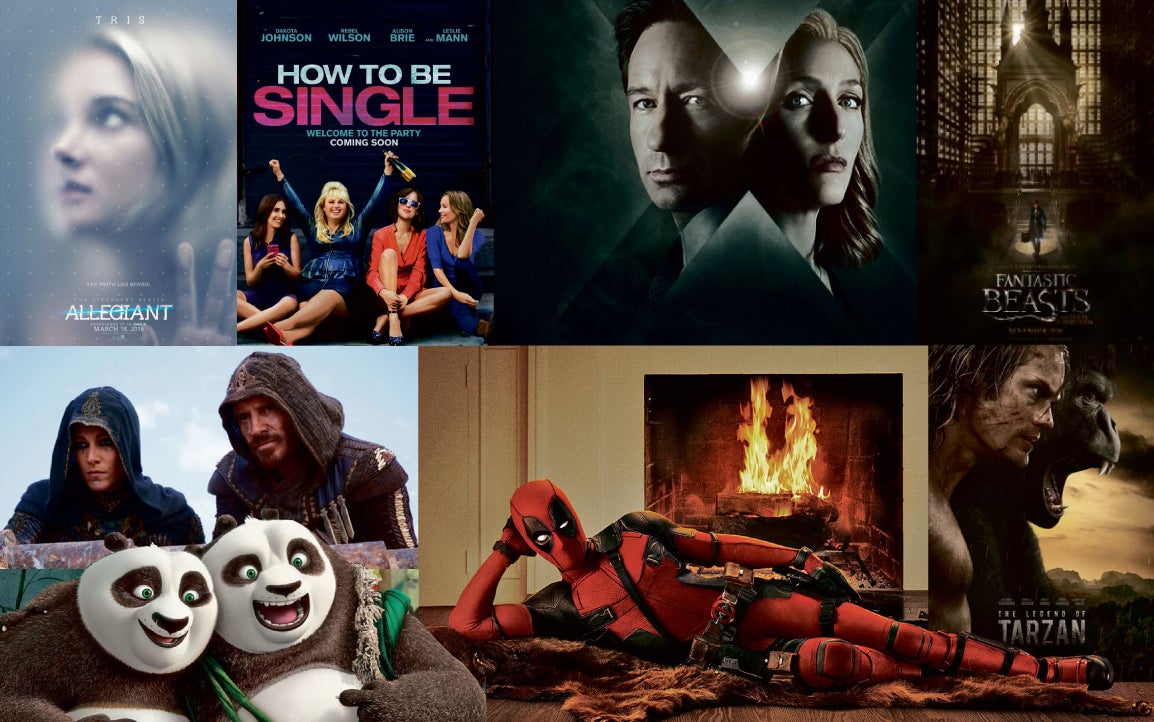 Super’s stuff to look forward to in 2016 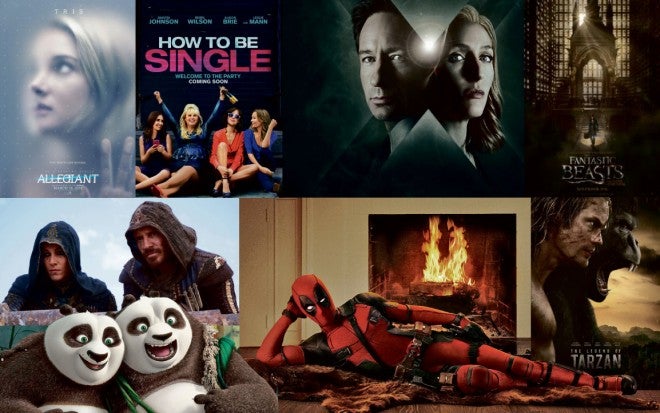 Here are the movies, books and events we are counting down to:

From book to film

•“Pride and Prejudice and Zombies”

Seth Grahame-Smith’s gory classic with a twist gets another big-screen treatment, this time featuring everyone’s beloved Liz and Mr. Darcy.

This movie is based on a book of the same title by Liz Tuccillo, one of the writers of “He’s Just Not That Into You.” It stars Alison Brie and Rebel Wilson, too.

Jojo Moyes’ tearjerker of a novel will hit cinemas this year. It stars Sam Claflin and Emilia Clarke.

Tris and her faction-free comrades enter the last leg of the “Divergent” film franchise. We’re eager to see if the last film stays true to the book.

•“Through the Looking Glass”

Johnny Depp as the Mad Hatter is back, along with Sacha Baron Cohen, who will play Time in this sequel to “Alice In Wonderland.”

It’s over 90 minutes of Alexander Skarsgard in breeches, swinging through trees. We can see the memes already.

The true story of two guys who used Craigslist to find wedding dates makes it to film, starring Zac Efron and Adam DeVine as the two brothers. We just hope they include some sort of karaoke scene, because it’s Troy and Bumper. (And Anna Kendrick’s in it, too!)

•“The Girl on the Train”

Emily Blunt takes on the role of alcoholic-turned-amateur sleuth Rachel Watson in the film adaptation of Paula Hawkins’ thriller.

Dan Brown’s “Inferno” is most known as the book that denigrated Manila, describing it as the “gates of hell”—incurring the ire of Pinoys everywhere (although those who plod through traffic and MRT lines daily would say that the description is not that far off the mark, really).

•“Fantastic Beasts and Where to Find Them”

Showing in November, this will be one of two new returns to the world of Harry Potter this year, with “Harry Potter and the Cursed Child” staging on West End in July.

Fans of Ransom Riggs’ novel will finally get to see the children wield their powers onscreen. We can’t wait to see Tim Burton’s reimagining of Miss Peregrine’s Home.

Of course, no year is complete without the usual offering of superhero flicks.

From console to cinema

Video games have always had intricate storylines, so it’s no surprise that they transition well into films.

It’s also a good year for animation. We can’t wait for “The Secret Life of Pets”; everyone’s forgetful fish splashing onto the big screen again in “Finding Dory”; and “Kung Fu Panda 3” back with a big skadoosh.

The year 2016 is not just a year of resolutions, but one of cinematic reboots and sequels.

In TV land, miniseries are making a huge comeback, allowing Hollywood A-listers to embark on cable/streaming/network projects without any lengthy commitments.

The truth is always out there, as “The X-Files” return for a short stint. We’re looking forward to see Spooky and Scully again.

Is 2016 the year we see a new George R.R. Martin book? Highly unlikely (and Neil Gaiman tells rabid fans to back off the guy), but one can hope.

In the meantime, we won’t run out of engrossing reads to keep us company. Victoria Aveyard’s “Glass Sword” is coming out this year (read the two short novellas from “Cruel Crown” while waiting), Stephanie Perkins is back with another anthology in “Summer Days & Summer Nights: Twelve Love Stories”; the underrated Veronica Rossi is returning with “Riders,” and Rachel Hawkins’ “Lady Renegades” will finally arrive in April.

There are no final details, just teasers and murmurs but if they are true, 2016 will be a big year for girl power, with the return of the Spice Girls for a tour with the Backstreet Boys and new music from All Saints.

It’s no secret, we are big fans of the hit musical “Rak of Aegis.” And this year, Peta will stage a dystopian musical featuring the songs of the late king of Pinoy rap Francis Magalona. Written by Mixcaela Villalon and Rody Vera, directed by Nor Domingo and musically arranged by Myke Salomon who also worked on “Rak of Aegis.”

Great news for “Hey Arnold!” fans. Nickelodeon might just revive its hit cartoon series with a TV movie. And with a 2017 reboot for “As Told By Ginger” happening, us ’90s kids are extremely giddy.