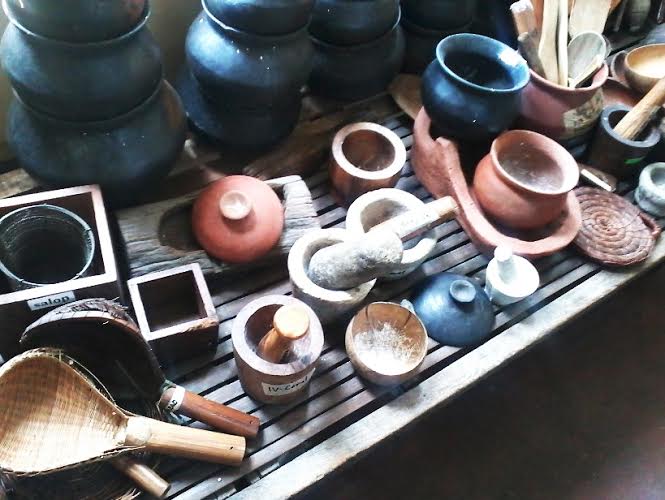 AS PART of its cultural heritage literacy program, the town of San Nicolas in Ilocos Norte has set up heritage corners in all of its schools and barangay halls to promote the importance of cultural heritage in development and nation-building.

“The program dwells on the students and pupils for in them the municipality can instill and teach the value and significance of culture while they are still young,” said Vice Mayor Alfredo Valdez Jr.

It aims to fortify the cultural identity, pride and way of life of the people of the town; institutionalize cultural plans, projects, activities and policies which will become core values in education for the youth and children and for sustainable development; and sustain the spirit of the townsfolk’s pride and identity by solidifying the community, he explained.

All elementary and high schools plus all of the 24 barangay halls mounted their own heritage exhibits showing data culled from the cultural heritage mapping project in 2014, heirloom houseware, agricultural and fishing implements, abel Iloko, and other movable cultural objects from the town.

Aside from the heritage corners, the local government also plans to diversify its damili and blacksmith products, further support damili potters and blacksmiths, and acquire sites and structures as part of its heritage program.

Mayor Melanie Valdez meanwhile said in an interview that they are now “slowly accumulating artifacts and things we want to put in the planned museum.”

Also recently, the National Museum (NM) has declared a number of structures and a site in San Nicolas as important cultural properties.

These are the town’s church, convent (now the Santa Rosa Academy), the via crucis structures, the San Nicolas Central School building, municipal hall, the Valdes-Lardizabal house, and the Nagrebcan Archaeological Site.

NM archaeologist Taj Vitales said in a previous interview that their team hoped to return to Nagrebcan for more excavations and help residents better understand their rich cultural heritage.

Meanwhile, one of the roadside Stations of the Cross, the Spanish-era “Via Crucis,” which was demolished by the Department of Public Works and Highways (DPWH) last year to give way to a road-widening project, has been reconstructed using the same materials few weeks after the story got published in the Inquirer in July.

DPWH itself did the reconstruction, town officials said.