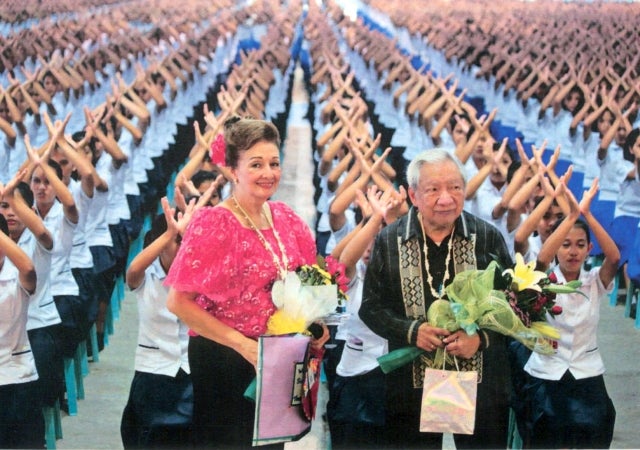 AFTER successfully launched “My Four Seasons,” a little over a year ago, pianist Ingrid Sala Santamaria will formally launch another book, “Romantic Piano Concerto Journey,” complete with a discography of 12 tunes.

While “My Four Seasons” focused on her musical career in general, the “Romantic Concerto” book-discography centers on the piano concert tours she and Reynaldo Reyes had undertaken for 14 years, from 2001 to 2015.

The “Journey” took the two pianists all over the country, from Aparri to Zamboanga (north to south) and Leyte to Antique (east to west). The “Journey” likewise took them to two key cities in Asia and the US.

In the “Romantic Concerto Journey,” duo gave more than 400 performances out of 24 concert-tours.

The program would usually consist of a pair of piano concertos of the Romantic Period. Santamaria would play on the first piano while Reyes, her mentor, would play on the second, playing the orchestra part. The concert would be capped with an interfacing with professor Reyes answering questions, after which autograph-signing and photo sessions would follow.

The book contains 125 reviews and articles, including insightful editorial articles, with the foreword and epilogue written by Santamaria. Writers from Manila, Cebu and other provinces wrote the articles. The book is handsomely illustrated by 800 colored on-location photographs spread over 240 glossy pages.

The cover photo of Ingrid and Reynaldo standing before the Banaue Terraces was taken on actual location in between the matinee and gala concerts of Tour 5 in 2003.

“For us the photo is iconic,” he writes. “It is emblematic of our desire to bring classical music to the remotest places of our country.”

Twenty-four shades of green was used as chapter dividers to represent the RPCJ Tours conducted from 2001 to 2015.

The set of 12 DVDs that comes as a separate companion is a highlight of the coffee-table book. It contains the live performance of the 13 concertos that comprised the duo’s repertory for the tour. Notes written by Ingrid herself introduce each of the DVD.

Collages of six piano concertos “sounding like a continuous thread” were handsomely done on DVDs 1 to 3 featuring Tchaikovsky and Schuman (DVD 1); Grieg and Rachmaninov No.2 (DVD 2), and Beethoven “Emperor” and Saint Saens No. 2 (DVD 3).

An interesting two-hour documentary is captured on DVD 4 that contains “snippets” or fragments of unique musical passages.

DVD 5 contains Brahms No. 1 and Rachmaninov’s “Rhapsody on a Theme by Paganini.” Rachmaninov’s 3rd is paired with Mendelssohn No.1 in DVD 6.

The two Liszts piano concertos are cut on DVD 7 and Chopin’s No. 1 and a second version of Rachmaninov’s 3rd.

The last DVD (12) contains the question and answer portion, autograph signing and the like of the post piano concertos

The duo sought out the venues and audiences. They traveled at times with Santamaria’s two baby grand pianos if the venue had none, and a full complement of crew, drivers, piano tuners, videographer, photographer, writer and technicians.

Fred Mendoza of “Concert at the Park” served as tour director for the initial tours.

Looking back, Santamaria writes that the journey was a “cumulative synthesis of a rich, full musical life and a product of a mutual commitment to our Art- a dedication in the pursuit of its perfection and the concomitant determination to share it with our countrymen.”

In addition, Santamaria writes that she and Reyes played with “unconditional passion and compassion,” and with the hope that their performance would ignite a “spark in our listeners, if not kindle a torch that could light up their lives forever.”

The duo hopes that the book and discography will “transcend the limitations of time, change and human conditions.” After all—“Art is the highest form of life!”