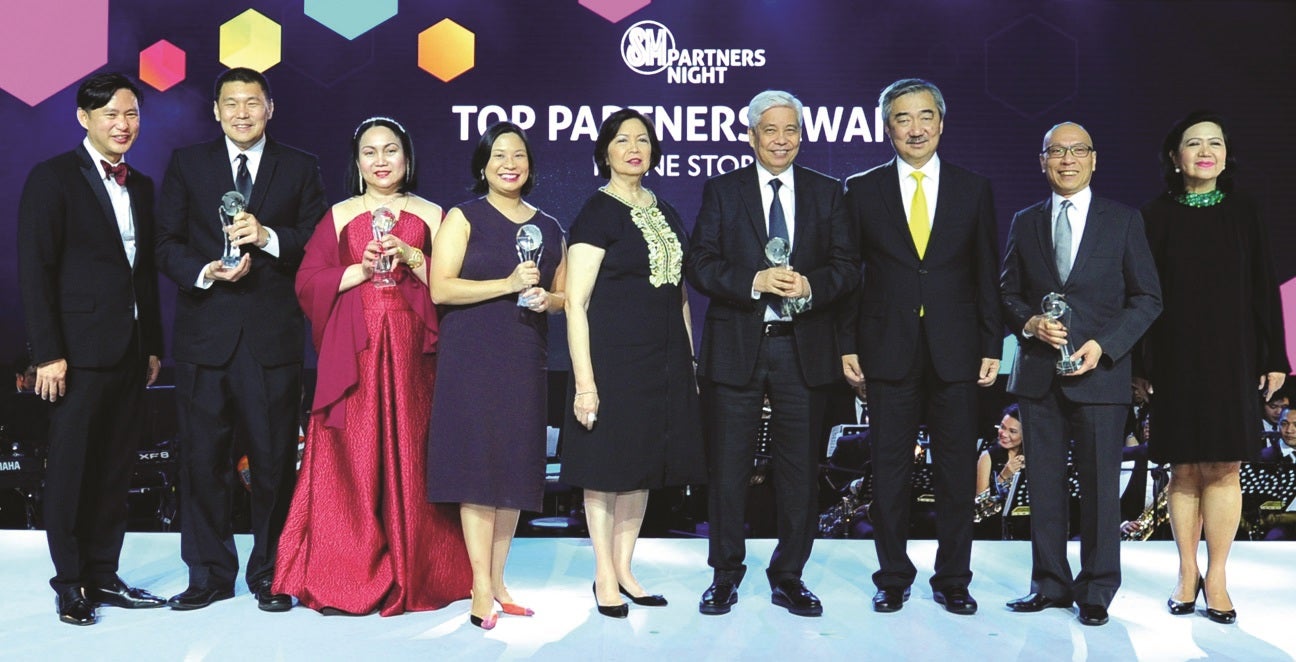 SM and the Filipino lifestyle

The two-day event, dubbed “Bricks Click, Creating the New Marketplace,” featured a Retail Forum on the first day, and a gala night on the second, in which the mall awarded its top retail partners.

Fifty-four companies were named Top Partners, with some cited for Most Innovative Store Design, Best in Green Retail, Best in Marketing, and Most Popular Brand.

“Much has happened since we opened our first mall 30 years ago,” said SM Prime Holdings president Hans T. Sy in his speech at the Retail Forum. “The retail landscape has become more global and competitive, technology has forever changed the way we live and do things, and customer tastes have changed along with the times.”

Sy, who’s an engineer, went on to cite the qualities which brick-and-mortar companies like shopping malls share.

He explained how companies and relationships are built one brick at a time and by working closely together. Similarly, SM and its partners had worked together to change Filipino lifestyle and “become part of the lives of millions of Filipinos.”

SM’s first shopping mall was SM City North Edsa. SM founder Henry Sy had taken note of the shopping center development in the United States during his business trips abroad in the 1950s and ’60s.

“SM looks forward to the next 30 years,” said Hans Sy. “All in all, we plan to develop four to five new malls in the Philippines each year. Our long-term goal is to have 100 malls around the country.”

Presenting fashion from different landscapes and cultures has never been a challenge to Rustan’s.

Rustan’s Wanderlust in Style inspires you to take a trip around the world and experience the international fashion scene.

Launched recently were new fashion collections consisting of 68 chic ensembles at The Gallerie of Rustan’s Makati.

Special gifts were given to all event participants who posted snapshots of their unique travel essentials and using the hashtag #RustansWWWear and #RustansWanderlust2015.

The Friends for Cultural Concerns of the Philippines (FCCP) was officially founded in 1979 by a group of ladies with the vision of “enhancing and positively impacting the lives of its members and others through the arts.”

To raise funds for its work, FCCP holds the grand FCCP Ball. This annual charity event has always been a successful benefit dinner to support underprivileged young Filipino artists in the performing arts.

The group recently held its 36th FCCP Ball with a colorful Latin American theme. With the leadership of Nene Pe Lim, current president, FCCP was able to raise funds to purchase a grand piano for the Cultural Center of the Philippines and to finance the continuing education of artists and scholars.

Invitees to the ball were treated to an array of Latin dances, from the salsa to the tango and samba, as performed by the energetic ladies of the organization. Three of FCCP’s many scholars also performed.

“By providing scholars with an opportunity to hone their talents through proper guidance and education in schools,” Lim said, “FCCP ensures they will be professionally trained with the right tools and curriculum to understand a broader knowledge needed in perfecting their craft.”

“In the pursuit to strengthen Filipino identity and culture,” she added, “the FCCP is hoping to be a catalyst that can continuously discover, enhance and promote Filipino artists who can take their place on the global stage.”